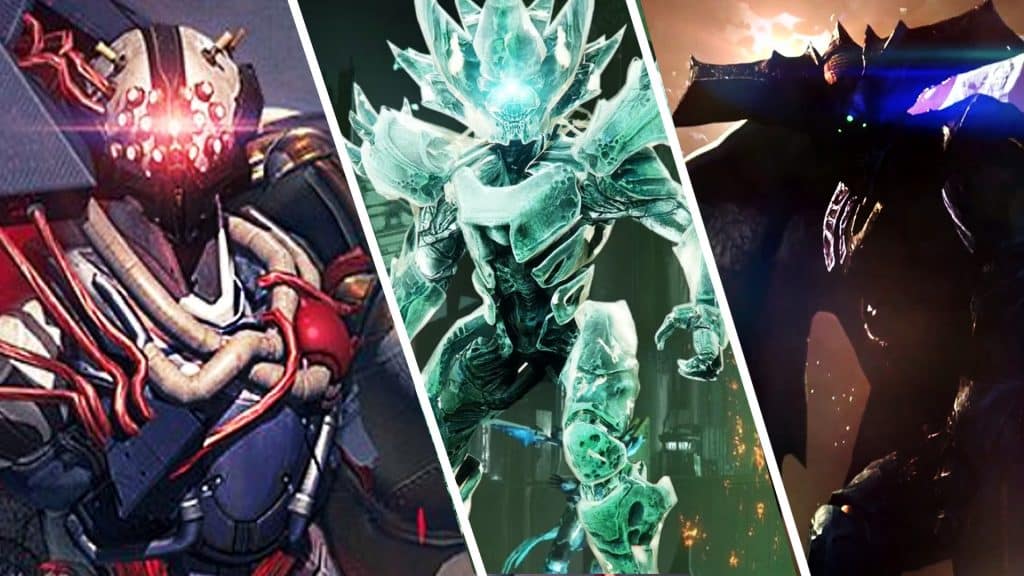 The tension in Destiny 2 is rising. In less than two weeks, players will find out what the space shooter plans to keep them entertained for the next 3 months. Among them is a new, free raid for all players. But which one it is has not yet been revealed. That’s why we asked our community and they know exactly what they want to gamble with.

What does Season 18 bring to Destiny 2? Players in Destiny 2 can expect a lot of excitement at the start of Season 18. Basically, we don’t know much at the moment. What is known is that Season 18 will bring a new season pass, seasonal weapons and armor, as well as a returning PvP map and a new Crucible mode.

The real highlights are almost all top-secret. Neither the name of the new Season 18 is known, nor is there any evidence of the story. At least the new lightning skills, called Arkus 3.0, have been confirmed by Bungie in advance for Season 18. But the biggest highlight, namely which raid from Destiny 1 will return in Season 18, is still open.

In a survey, we wanted to know from you which raid you would most like to see back. In this article we look at the results of the survey and let your comments have their say.

How you voted: The MeinMMO poll ran from July 29th to August 12th and 1,920 of you voted diligently. Each reader had only one vote.

There were 3 legendary Destiny 1 raids to choose from, which Bungie is currently still keeping in the Content Vault. First Wrath of the Machine, from the 2016 Rise of Iron expansion. Then the challenging Kingfall raid, from the 2015 The Taken King expansion, and finally Crota’s End, the raid from the Darkness expansion lurks” from 2014.

See also  Destiny 2: Witch Queen Has Guardians Distressed – Is It Okay to Use Hive Babies as Ammunition?

The result shows that you definitely want one of the biggest raids from Destiny 1 back with “Königsfall”. And with it, one of the most iconic pieces of content in the entire franchise.

This would also fit into the current story: In fact, the King’s Fall raid would be more than fitting for the current The Witch Queen DLC. After all, his raid boss “Oryx” is not only the Taken King, but also Savathun’s brother and his return is a great way to show players what happened to him.

You know exactly which raid you absolutely want to play again

Indeed, in the comments of our poll, some players would celebrate the return of the “King’s Fall” raid that you voted #1. Destiny 2 player Chris is even praying for this to happen.

I pray for Kingsfall. I would search it up and down. It’s by far my favorite raid.

However, other players, such as MeinMMO reader no12playwith2k3, would rather have Crota’s end back. Because he expects more fun from it, just like in Destiny 1.

Crota’s end would […] create some exciting and funny community challenges. I’m pretty sure the raid will continue to be glitchy, buggy, and cheesy.

For many players, including our Destiny author Christos Tsogos, the question also arises as to whether the new legacy raid will come back in Season 18 with the original weapons.

Should Bungie orientate itself on the first returned raid “The Vault of Glass”, which brought back the Vex Mythoclast, then this could now be the case again.

See also  One Piece Film RED will be in cinemas soon - do you have the right shirts for it?

It is to be hoped that Bungie also knows what the players want and will bring back the hoped-for raid to the community in Season 18. Anyway, we’re excited.

Do you find your opinion reflected in the survey evaluation? And would you celebrate the winning raid of our voting if it actually finds its way back into the game? Or are you one of those readers who wonder why players keep playing Destiny 2 at all? Then we have the explanation for you here: