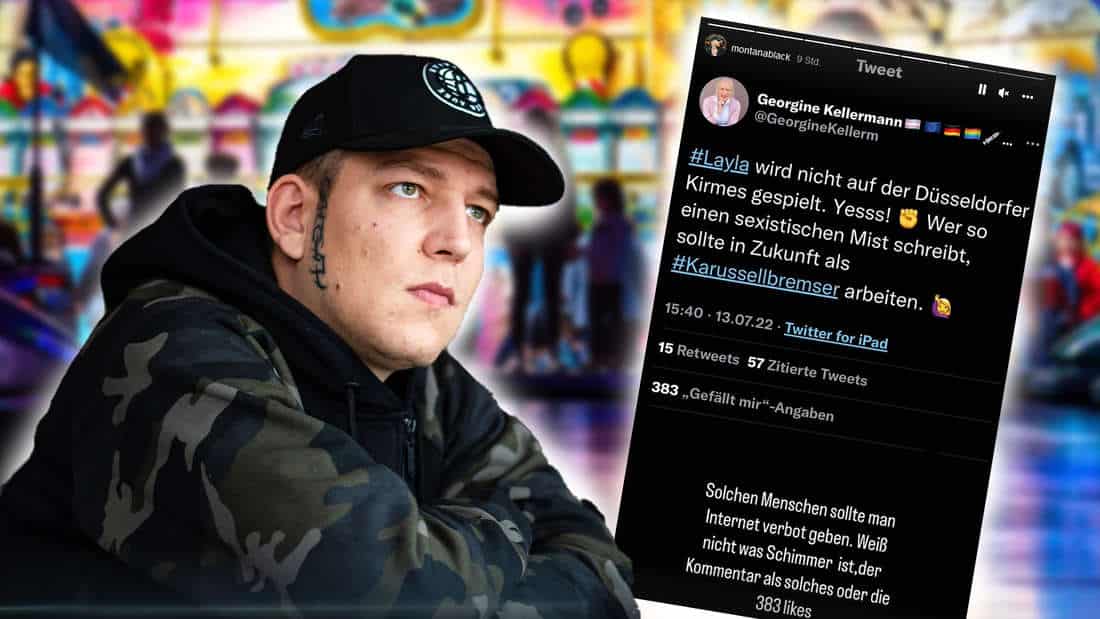 The new Schlager hit Layla is currently being hotly debated. MontanaBlack also intervenes and finds clear words for all critics of the song.

Buxtehude – The twitch streamer MontanaBlack from Buxtehude is known for his statements and assertions, with which the 34-year-old repeatedly causes a stir in public. He reaches more than 3 million followers via Instagram and always gives his opinion on social issues. Now he has also spoken out about the debate about the sexist song by “DJ Robin & Schürze”.

What did MontanaBlack say? The streamer and influencer from Buxtehude seems to have followed the discussion about the sexist song “Layla” more closely. The topic even seemed to concern him to such an extent that he published an Instagram story about the controversy in the evening, while he was already in bed. There is not much to see in the videos of the story, but MontanaBlack finds very clear words. First the streamer refers to the general freedom of art and then expresses his incomprehension.

I’ll tell you one thing, listen: music is art, and in art and in music, like in film for example, you can actually do anything. One should respect that. Also this song, even if I’m not a big fan of the song personally now, is a kind of art. And to the people who are upset about this song: just find a decent hobby. I can’t remember that even a single person made such a fuss when the song by the doctors came out, “Men are pigs”, where quite obviously – the title already says it – all men as pigs have been presented. Has anyone opened their mouth? no Find your hobbies and real problems.

MontanaBlack: “These people should be banned from the internet”

MontanaBlack wants to distribute internet ban: But apparently this statement was not enough for MontanaBlack. The WDR journalist Georgine Kellermann wrote a tweet in which she was happy that the “Layla” song will not be played at the Düsseldorf fair. This tweet seemed to upset the streamer so much that he posted a screenshot of the tweet on Instagram and commented below: “People like that should be banned from the internet. Don’t know which is worse, the comment as such or the 383 likes.”

What is the discussion about the song about? A public discussion developed around the song by Layla by DJ Robin & Schürze, which is currently in the German charts. One reason for this is that the organizer of a Würzburg folk festival decided not to play the song because of its sexist lyrics. The decision was also followed by a folk festival in Düsseldorf. There is currently a lot of discussion on the internet about whether the ban on the Layla song is excessive or justified. In addition to MontanaBlack, various politicians such as Federal Minister of Justice Marco Buschmann (FDP) have now spoken out. Especially there were very different tweets and statements on Twitter on the topic.