Somehow everyone hates Season 4, but I haven’t had as much fun with WoW as I’ve had in ages 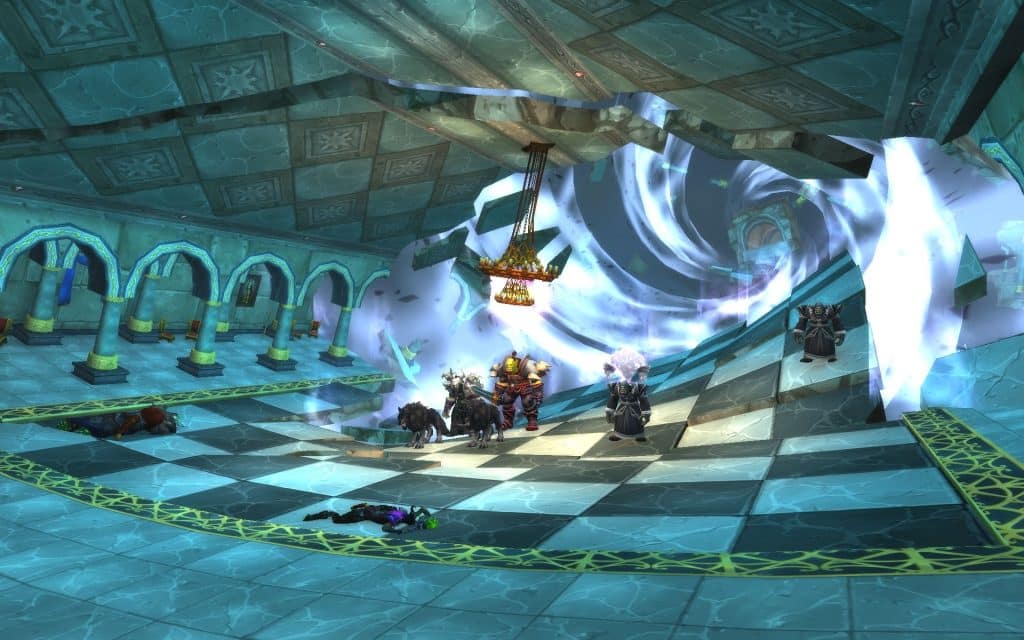 With Season 4 of Shadowlands, Blizzard is starting an experiment in World of Warcraft. Old raids and dungeons return stronger and still provide stronger loot. This does not go down well with everyone and the errors in particular bother many players. But MeinMMO editor Benedict Grothaus only really finds the drive to play again through the innovations.

I’ve been playing World of Warcraft for almost 18 years and I’ve never paused or willingly benched my raid group in an expansion like I did in Shadowlands.

Although the addon really got me excited at first, all the duties eventually became too much for me. I barely had time to have fun and that didn’t change much until the last patch.

But now Season 4 is here and I’m really enjoying WoW again. I like to log in, visit the dungeons with panache and also enjoy being in the raids. Strictly speaking, there is nothing or very little that is new.

Season 4 is generally in a bad light with the players because a lot doesn’t work as it should. And yes, even if I can understand the frustration as a progress player, the new season does a lot of things right that I would have wished for from WoW for a long time.

You can see the trailer for Season 4 here:

“Fateful” affixes are what the raids need

For me, the new … or actually the old raids are the highlight of Season 4. I know that many people complain about Mythic+ dungeons and hardly anyone talks about raids, but they are really successful.

Castle Nathria is perhaps the best raid World of Warcraft has ever had, after Karazhan, and Count Denathrius is definitely one of the best villains of all time. Rarely have I felt so invited and presented at the same time.

Both the Sanctum of Dominion and the Mausoleum of Firsts were just plain boring in comparison. To be able to go back to Nathria with Season 4 and show the arrogant count the door is a wonderful feeling. And the new raid affixes only make it all better.

Instead of simply making the raid more difficult, the new affixes bring additional mechanics into play. Suddenly it becomes important to draw Heroism/Rage in other places or prioritize targets differently so that classes that used to be smiled at are now more useful. As a warrior, I am currently enjoying the myriad targets of the Chaotic Essence.

Admittedly, this is less entertaining, especially with later bosses like Blacksmith Raznal, depending on the affix. Sanctum feels a fair bit harder anyway. Nevertheless, the idea behind the mechanics shows the simple means with which added value can be created.

Small bonus: the soul of the old warrior from Sylvanas was one of the best items for many classes, despite the low item level, even in the subsequent raid tier. Having such items now as absolute endgame equipment for all raids tickles the full potential of the characters.

Nothing is really new, but still challenging

The new affix with the dread lords in Mythic+ is nothing special, hardly changes the routes and simply brings a buff that you can choose yourself. It’s okay, there’s nothing to complain about or praise here.

But what makes the season particularly good is the choice of instances. The “new” mythical dungeons are really well done. As a reminder, WoW brought back 6 old dungeons, plus Tazavesh in the Mythic rotation. You can choose from:

Since Karazhan is my favorite instance and was already in TBC, I still know my way around here brilliantly. I’ve walked Mechagon so often that I could probably be woken up at night and I still know the routes.

What I want to say: I still know the dungeons, they haven’t really changed. And yet it is currently difficult to complete higher keys in the time frame.

I would count my guild among the “better” players, even if we are still far from the top in Europe or even Germany. And even we have trouble running some keys past level 15 in time.

But honestly… so what? Then I just have to try harder to get my loot. That’s absolutely okay, because I also want to earn my new weapon, my ring or my piece of jewelry. That’s what I play for.

Yes, problems like the Grimmgleisdepot with incorrect scaling are stupid, no question. But many dungeons get a nerf and in a few weeks the equipment will be strong enough again to be able to bake bread for a moment at a +15 without wiping.

To my shame, I have to admit that I praised Grimgleisdepot as the best dungeon in WoD and I still stand by it. I love the instance, only the modern bugs maybe shouldn’t have been now. Breaks my point a bit:

Well thanks, because of you one of the worst dungeons from WoW is coming back soon

All in all, Season 4 feels like a kudos to the expansion for once again highlighting the good moments rather than ending on a bad note. It’s not the criticized story or the last raid that feels out of place that are the culprits, but the “Best Of”.

As far as I’m concerned, every expansion can end like this. At least we know from the upcoming expansion Dragonflight that a rotation with old dungeons is even planned from the beginning.

You can see the first 2 new dungeons that I was able to check out in the alpha here:

It remains to be seen whether this turns out to be correct – but at least right now I think the recycling of old content is a good idea. Many still travel through old dungeons today, whether for transmog, mounts, or just for nostalgia.

For me it was never worth the time, even if I like to reminisce. But now I really like having a drive that forces me to be happy. Even if Season 4 covers up Shadowlands’ flaws a bit, I’m having a lot of fun again. And now I’m looking forward to Dragonflight all the more: