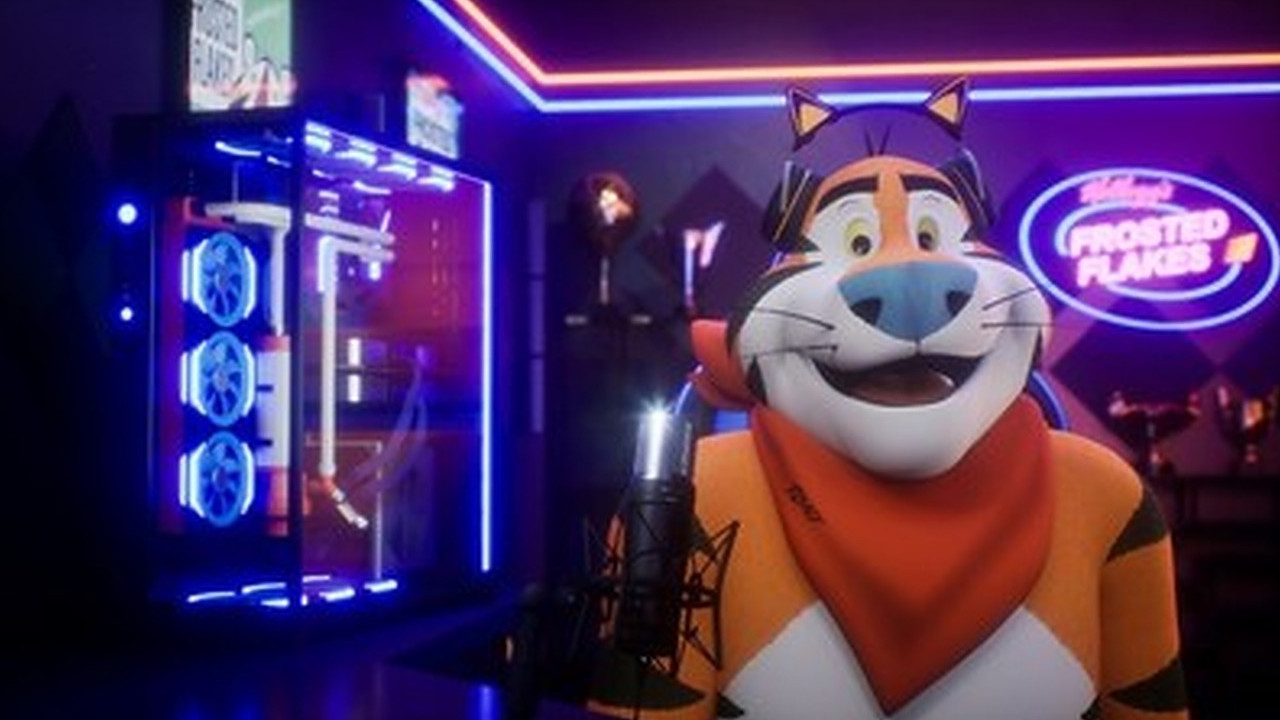 Cornflakes giant Kellogg’s wants to capitalize on the hype surrounding Twitch. They bring the 70-year-old “Frosties” mascot “Tony the Tiger” to the streaming platform as a VTuber and have already bought a few Twitch streamers who are said to be there. With a two-hour stream of a Battle Royale game you want to tap into the cool gaming community. A special feature: They advertise a “milk-cooled” PC.

Is that serious? Yes, this is dead serious. On August 15, Kellogg’s proudly announced, “Kellogg’s Frosties Flakes and Tony the Tiger take the ‘next level of fun.’ They struck a deal with Twitch to bring Tony the Tiger on Twitch as “Vtuber”.

What the hell is a VTuber? A VTuber is a current trend on Twitch: The actual streamer does not appear himself, but is represented by a computer-generated avatar.

Some tech-savvy streamers have had great success with this, but mostly an anime girl with a slightly aggressive or lethargic attitude is chosen as the avatar and not a cartoon tiger riding water skis.

Huge Twitch Star Explains VTubing Is ‘Like a Streamer Hack’

What is Tony the Tiger doing on Twitch? The old tiger was registered as a trademark in 1952. Like before, Tony mainly wants to sell Frosties. He will be doing a two hour live stream showing off his “custom PC” which is cooled by milk that keeps everything running clean. It is said that a “current Battle Royale” game should be played.

Kelloggs has signed 3 more Twitch streamers from the second row for the stream on August 19th. Apparently the A-listers like Pokimane or xQc weren’t willing to be photographed next to a virtual tiger after all.

Twitch can also be sugar sweet:

Why is Kellog’s doing this? Kellogg’s makes no bones about it, they want to reach a new target group and believe it could work out that way. They speak of 31 million average viewers that could be addressed on Twitch.

Twitch dresses up and emphasizes how extremely fast “VTubing content” is growing. It does make a difference whether someone wants to entertain their fans as a VTuber or sell them cornflakes with a lot of sugar.

By the way, this is the most successful German VTuber:

Twitch: Melons, pandas and underpants are the preferences of an aspiring German VTuber – Who is sukidingels?