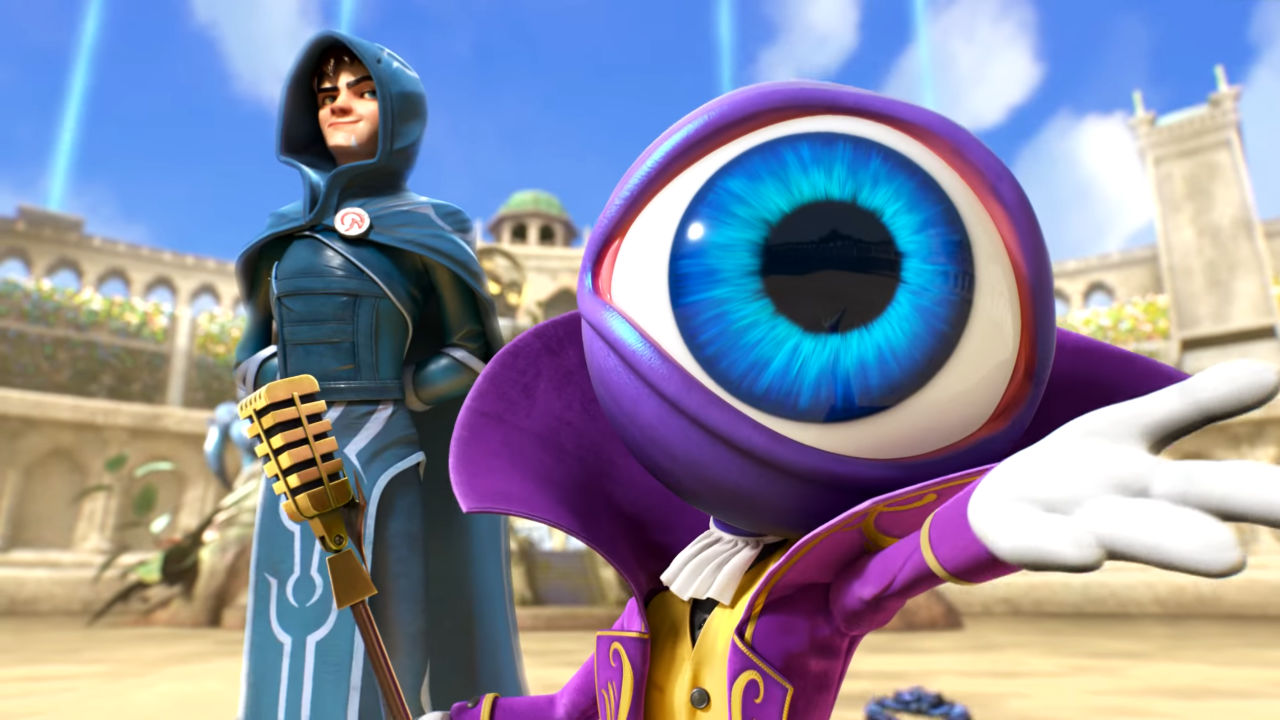 When a game is released, it is often associated with new trailers and advertising. But now a new card game appeared almost secretly on Steam and mobile devices. For many it looks like a mixture of the popular titles Hearthstone and Magic: The Gathering.

What kind of game is this? Magic Spellsingers is a new online trading card game from the creators of the popular Magic: The Gathering (MTG). The F2P title was released on August 5th on Steam and mobile devices.

Magic Spellsingers is based on a selection of 16 characters, each with their own playstyle and individual abilities.

At the beginning of the game you have to complete a tutorial, which you can complete to unlock your first hero. The Spellsinger you choose also brings you a starter deck with 30 cards, with which you can then fight your first fights.

“I can’t believe how quietly this was released”

Why does it seem like a secret release? On the one hand there is the subjective perception. With the release of a digital trading card game one expects masses of advertising on one’s smartphone in a certain way these days. But Magic Spellsingers is currently not very present either in front of the YouTube video that you want to watch or as a bar in the upper half of the screen – at least that’s how it seems.

However, a look at the numbers is much more meaningful. Magic Spellsingers advertises itself by stating “From the creators of Magic: The Gathering” (cf Steam) and is distributed by the publisher Wizards of the Coast.

With the radiance behind Magic Spellsingers, we expect enormous reach. For example, let’s look at the official Magic: The Gathering YouTube channel (via YouTube), we see views in the tens of millions.

This compares to the official trailer of Magic Spellsingers (via YouTube) with just 17,700 (as of August 17, 2022) rather bad, almost insignificant there. The trailer isn’t bad at all.

Of course, one shouldn’t forget that the MTG channel was founded back in 2006 and the comparison is therefore quite unfair, but the Spellsingers account has also existed since March 2019. It seems as if Publisher Wizards of the Coast is exploring the possibilities of the MTG franchises are not fully exploited and this is also reflected in some comments on YouTube:

Unbelievable. One of the biggest gaming franchises of all time has launched a mobile game and the trailer has a whopping 12,000 views after being out for 2 days. They have a whopping 191 subscribers. If you told me this was pirated, I would believe it. I don’t have particularly strong feelings about the game because it’s only Hearthstone because they want you to spend more money. It’s just unbelievable to me how quietly this has been released.

How does Magic Spellsingers arrive? Magic Spellsingers reviews are currently rather underwhelming. Overall user reviews on Steam are balanced. Of the just 101 reviews, 60% are positive. This is what the players write about their ratings:

Hearthstone: All 135 New Maps from “Murder at Castle Nathria”

Magic Spellsingers doesn’t seem to have gotten off to a perfect start. Neither the views on YouTube nor the reviews stand out particularly positively.

Do you think the card game will still get its hype and be able to compete with big titles like MTG or Hearthstone, or do you think the title will fade into obscurity soon? Write it to us here on MeinMMO in the comments!