FIFA 23 turns old footballers into superheroes, but is the Marvel crossover really worth it? 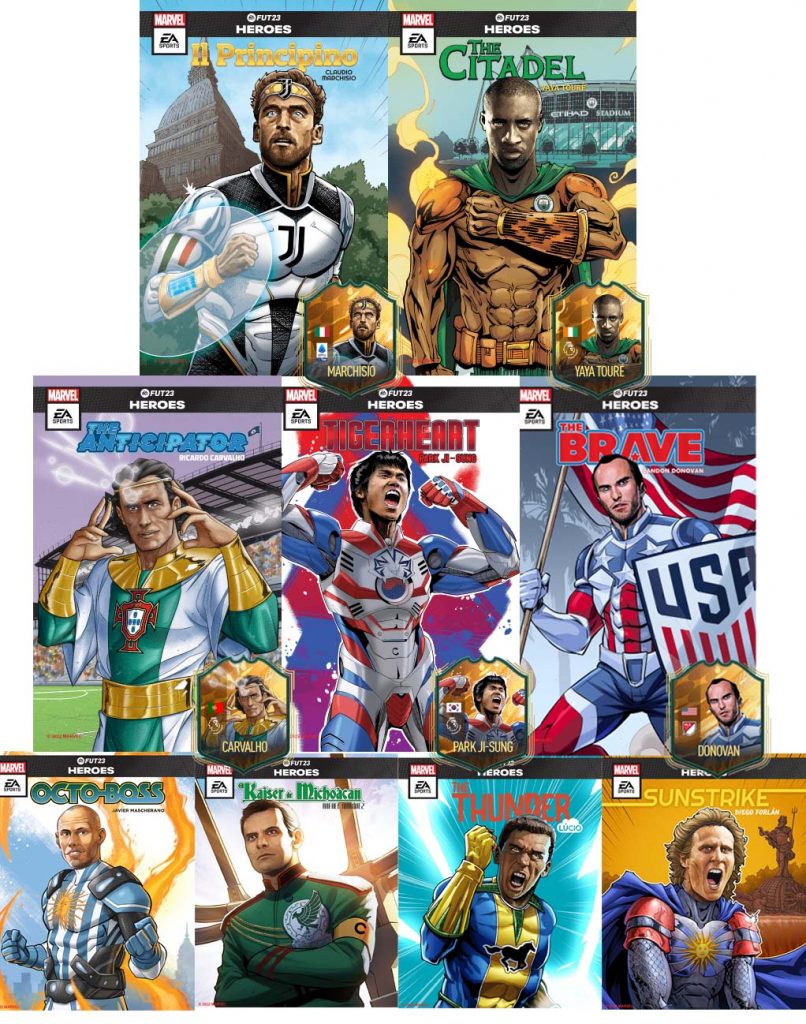 New FUT Heroes, or “Heroes” have been announced for FIFA 23. These are former football stars who get special cards – this time in a Marvel comic look. But what exactly does the cooperation bring?

These are FUT Heroes in FIFA 23: We already know the “FUT heroes” or “Heroes” from FIFA 22. They will also be part of the FIFA 23 release.

These are strong players from days gone by who didn’t quite reach legendary status to land as “Icons” in Ultimate Team, but are still remembered for certain moments or special achievements.

And to set it apart from the rest of the cards, EA Sports has teamed up with Marvel.

But what does the cooperation bring?

These are the new FIFA 23 heroes – what do they bring?

Which players are there? Some heroes are already known that will be added in FIFA 23. These are the following players:

What role does Marvel play? As seen in the image above, the “heroes” were introduced in comic form, complete with a nickname. Mascherano, for example, means “Octo-Bosse”, Forlan is called “Sunstrike”.

However, EA also took the comic approach last year with the first FUT Heroes, such as Mario Gomez.

What’s new this year, however, is that the heroes’ card design is actually comic-style. So you will no longer see the real face of the game on the map, but an illustration. This sets them apart from the other special cards in Ultimate Team.

In addition, other cosmetics such as balls, jerseys or choreos are apparently planned for Ultimate Team.

Overall, however, it seems to be a purely cosmetic collaboration, the gameplay in FIFA 23 will probably remain unaffected by the “Marvel” factor as things stand. The heroes don’t have any superpowers or anything like that on the field, and should also be portrayed as “normal” players with jerseys instead of capes. It remains to be seen how deep the Marvel-EA collaboration will go over the year.

What can the heroes do? The hero cards still have a few advantages over “normal” cards. On the one hand, they should get strong values, but above all they bring something in terms of chemistry.

This was the case last year, but will be changed by the new chemistry system in FIFA 23:

In addition, EA Sports has announced that there will be special “World Cup Heroes” versions of the maps for the World Cup. They are scheduled to appear on November 11, 2022 and will bring even better values.

There will also be other FUT heroes to be announced over the coming weeks. According to leaks, there should even be “downgrades” for some legends that become heroes – but that’s not official yet.