Guild Wars 2: Brilliant New 10th Anniversary Armor – How To Get It!

What a great achievement indeed – Guild Wars 2 turns ten years old! And even with a decade under its belt, Arenanet’s online role-playing game still enjoys great popularity. To coincide with the anniversary, Guild Wars 2 will also land on Steam, but will also be expanded with an exciting new activity in-game: unlocking the so-called Decade armor set. The sumptuous attire isn’t an automatic birthday present like the Shining Armors of recent years. Instead, it’s a fully gameplay-integrated collection that takes you through all of Guild Wars 2’s content. Where do you unlock the decade armor set?

Guild Wars 2 has now been decisively improved for beginners

Guild Wars 2 just got a whole lot more enjoyable for newcomers: exploring has never been so comfortable. Keyword: Mount!

In a tenth anniversary blog article, the developers make it clear that they want to reward long-time players for their loyalty, so there will be “a new series of achievements” starting August 23, 2022. This once again brings players to experience the best of World Bosses, Expansions, Living World, WvW, PvP and more. For mastering these achievements there are then legend proofs. These can be traded in to unlock the new Decade armor set. By the way, this is what the gem looks like: 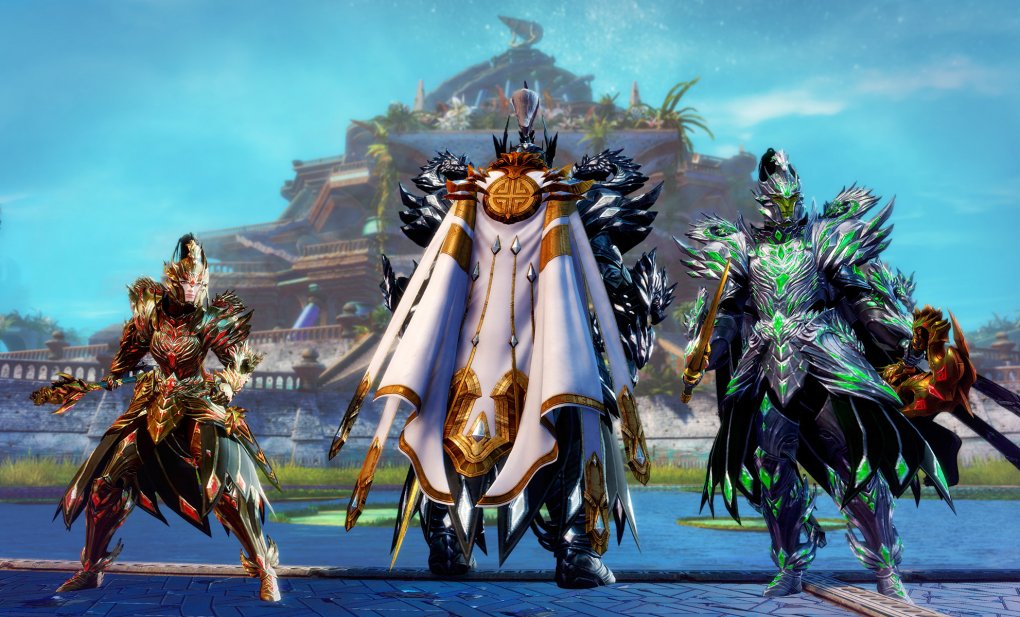 The first image from Arenanet of the Decade Armor in Guild Wars 2. Whether the cloak is part of it is still unclear – as is the origin of the weapons shown.

The perfect gift for GW2 fans: The Art of Guild Wars 2 – 20 Years of Arenanet!

The exact contents of the collection, including an overview of the necessary achievements, are not yet available. We will update this article as soon as Arenanet makes the necessary information available. It is already clear that the set will end up in the game on the occasion of the anniversary, but the achievements are permanently available and can also be completed gradually by new players (e.g. through a Steam release) – you don’t have to be there for ten years! But what is your first impression: Is this an armor set that you would rage across the world of Tyria for again? Or not your taste at all? Let us know what you think in the comments section, editor and GW2 fan Matthias is happy to chat with you about the set!