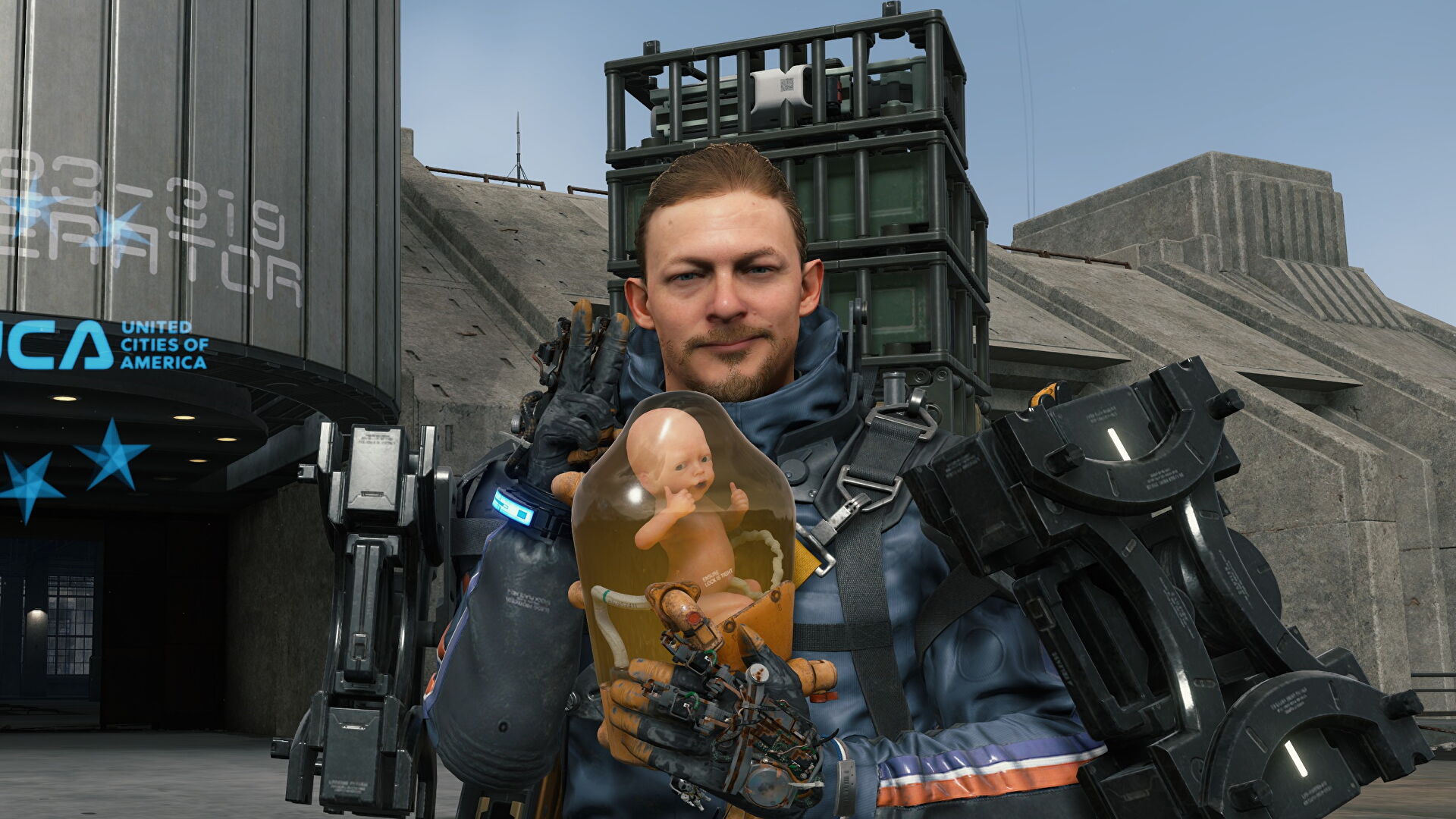 The Twitter account for Microsoft’s PC Game Pass service decided to change their profile picture, and coyly drew attention to its familiar looking mist-covered rocky backdrop with a tweet. “Sometimes we just like a good landscape picture,” they said enigmatically. If you’re familiar with the Game Pass Twitter accounts, they like to do the flippant social media thing and tease followers. Well, this latest attempt has people speculating that the Sony-trademarked Death Stranding is about to hit PC Game Pass.

It didn’t take very long for twitterers to start posting reasonably convincing side-by-sides of the profile pic with shots from Death Stranding. My favorite is this one of Sam Porter Bridges letting rip with a big wee against the massive lump of stone in the foreground:


Others suggested the profile pic could be an image from the upcoming Senua’s Saga: Hellblade II. Some pointed to the equally murky planetary environs of Bethesda’s Starfield. As Death Stranding’s Steam page lists, Sony Interactive Entertainment LLC hold the trademark for Porter Bridges’ adventures across post-apocalyptic Scandmerica. If Death Stranding was to come to any variety of Game Pass then it would presumably have to be approved by the blue team first.

A Hideo Kojima game, developed by Kojima Productions, Death Stranding’s initial release on PS4 was published by Sony. 505 Games handled the game’s publishing on PC though, so the situation is slightly more convoluted than it might appear. Microsoft and Sony are currently tussling somewhat over access to each other’s games, but a few of the Sony-published MLB: The Show installations have made their way to Game Pass already.

Could this be the start of a thawing of relations between Microsoft and Sony over games streaming? It would seem a weird move for Sony, but there might be something in it for them in return. As Graham reported yesterday, if info mined from Marvel’s Spider-Man is anything to go by then Sony could be planning to release their own PlayStation PC launcher in the future. So far PC players who want to stream PlayStation games are limited to the revamped PS Now’s relatively slim offerings.

Katharine had a grand old time getting reacquainted with Death Stranding when its Director’s Cut strolled onto PC earlier this year. “It’s a fantastic open world to lose yourself in,” she said, “and the way it asks you to assess and interact with its gorgeous landscape also makes it one of the most engaging open worlds to date.” There’s also lots of places to do a satisfying wee.

Death Stranding is currently available on Steam and the Epic Games Store for PC. I’m still holding Norman Reedus to that Death Stranding 2 slip from May.