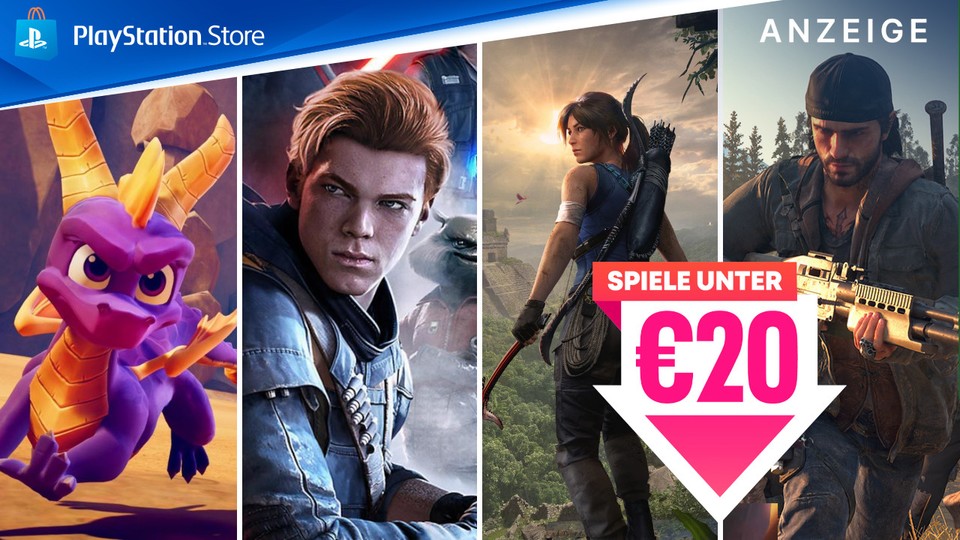 The PlayStation Store today launched a new sale where you can get PS4 and PS5 games for under €20. There are 849 special offers in total that are still running until 1am on September 1st. In this article we have selected ten highlights for you and will briefly present them to you. You can find an overview of all PSN sales deals here: 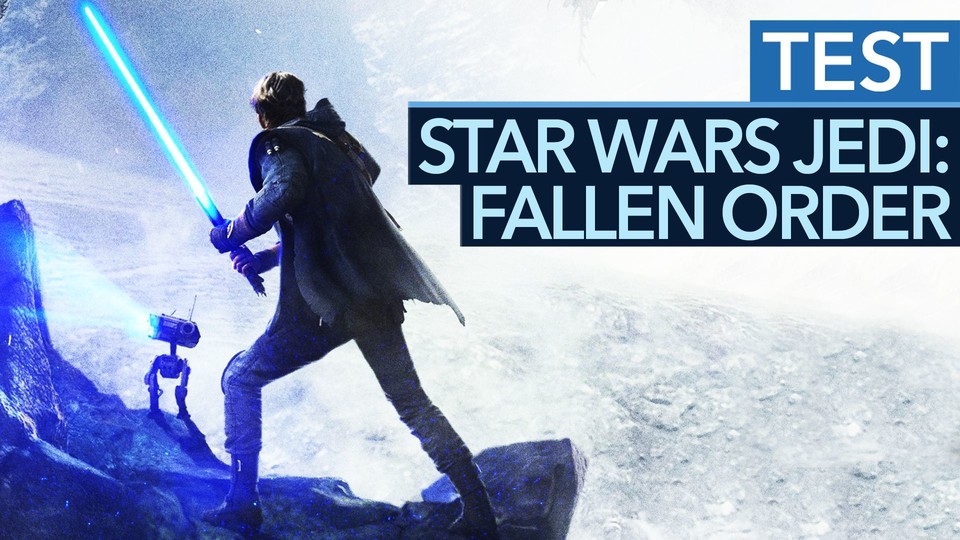 With Jedi: Fallen Order, Star Wars fans were once again given a fully-fledged single-player adventure after a long, agonizing wait. We play the young Jedi Cal, who renounces guns and, as befits a Jedi, relies entirely on his lightsaber. That may sound a bit monotonous, but the exciting sword duels are actually one of the highlights of the game. The numerous powers provide the necessary variety. The various planets that we visit with our own spaceship also exude a lot of Star Wars atmosphere. With the Deluxe Edition you get additional skins as well as the digital art book and a 90-minute video about the development of the game.

Star Wars Jedi: Fallen Order Deluxe Edition instead of €59.99 for €14.99 in the PlayStation Store 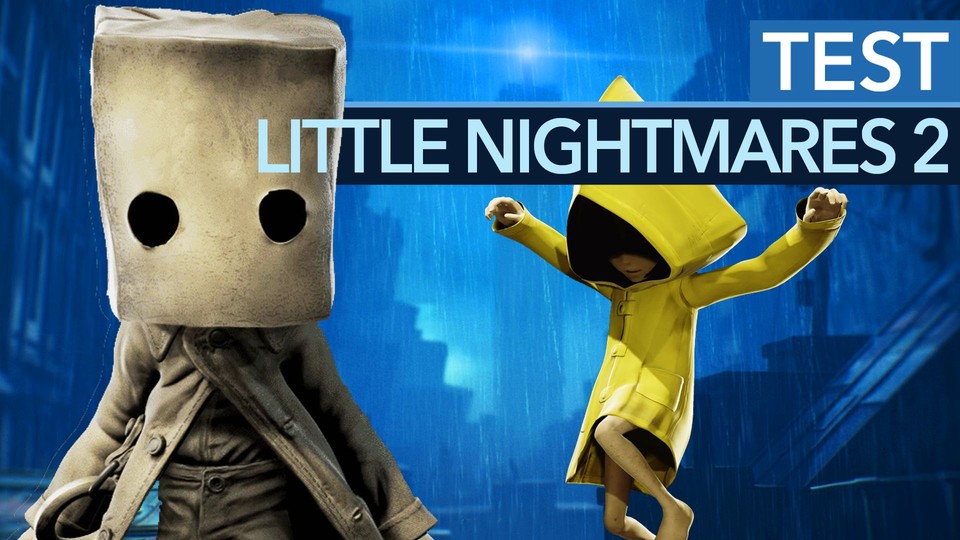 Like its predecessor, Little Nightmares 2 shines with its creative art design and its look, which oscillates between cute and disturbing. But this time we get a lot more variety: The horror game is divided into five chapters that differ greatly in terms of appearance and play, for example, in a dark forest and in a hospital full of creepy dolls. The well-known gameplay mix of sneaking, platforming and small puzzles is essentially retained. While we could only run away from our opponents in the first part, there are now at least a few sections in which we can defend ourselves with force of arms. 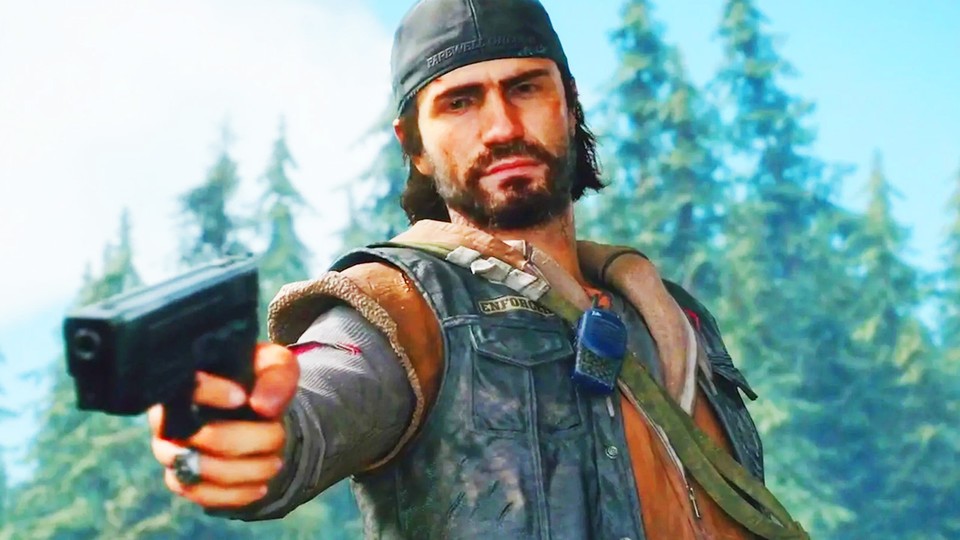 The fact that Days Gone received rather moderate ratings for a major PS4 exclusive title at the time of release may have something to do with its somewhat unfinished (but now much better) condition and the somewhat tough beginning. But the longer you play the open world zombie game, the more qualities you discover. The biker protagonist, who initially seems a bit cliché, gradually develops an amazing depth and credibility, and in general the story and characters become the game’s strengths over time. But the game world is also opening up more and more and is becoming more and more varied. Also, Days Gone introduces new mechanics even late in the game, keeping it fresh. 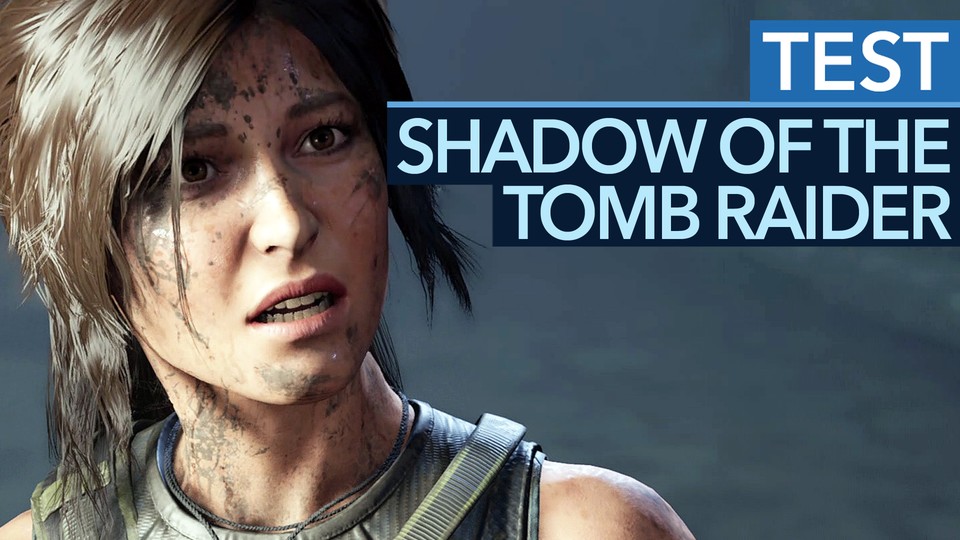 With the Definitive Survivor Trilogy, you get all three Tomb Raider games since the 2013 reboot, including the DLCs and technical improvements from later reboots, in one package. The reboot sees young Lara Croft becoming the hard-nosed adventurer we know her as while shifting the gameplay significantly towards a third-person shooter. Already in the sequel Rise of the Tomb Raider, which sent Lara into the snow-covered and stormy Siberian mountains, climbing and exploring tombs take up more space again. The comparatively gloomy Shadow of the Tomb Raider, in which Lara fights her way through the jungle, also places great value on clever puzzles.

Tomb Raider: Definitive Survivor Trilogy instead of €49.99 for €19.99 in the PlayStation Store 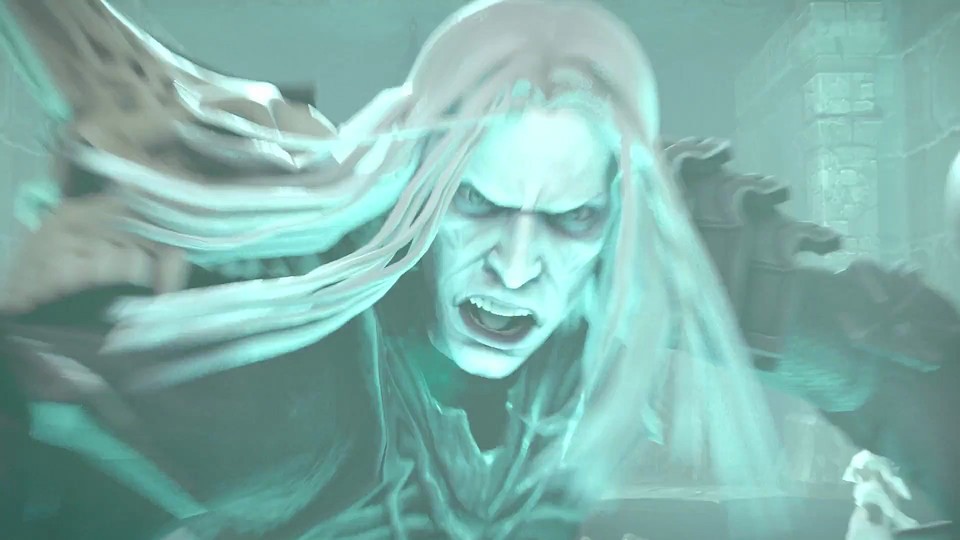 
Diablo 3 – Launch trailer for the DLC »Rise of the Necromancer« and update 2.6.0

With the Diablo 3 Eternal Collection you get not only the main game but also the extensions Reaper of Souls and Return of the Necromancer. The gameplay formula of the action role-playing game is still simple: we slice our way through hordes of monsters alone or in co-op, collecting experience points and loot. The motivational spiral of ever better equipment and character values ​​and ever stronger monsters still works extremely well. A total of seven different character classes, which play very differently, provide variety, as well as the creatively designed monsters and the diverse locations, which range from the idyllic oasis to the huge fortress. 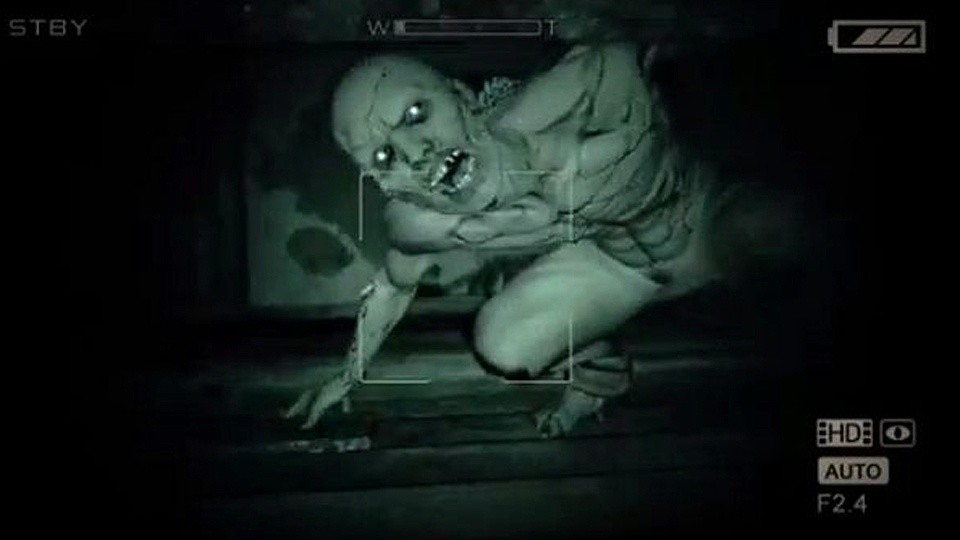 With a discount of 90 percent and a price of €1.89, Outlast is one of the best bargains in the PSN sale. In the horror game we, as journalists, venture into a mental institution where mysterious experiments are supposed to take place. Once there, we find a chaotic situation and are soon chased by the inmates. We cannot defend ourselves against them. Our only resource is our camera, whose night vision mode allows us to keep an eye out for danger in the dark, but only until the battery dies. By the way, so can you outlast 2in which we are being hunted down by religious fanatics in Arizona, for €2.99. 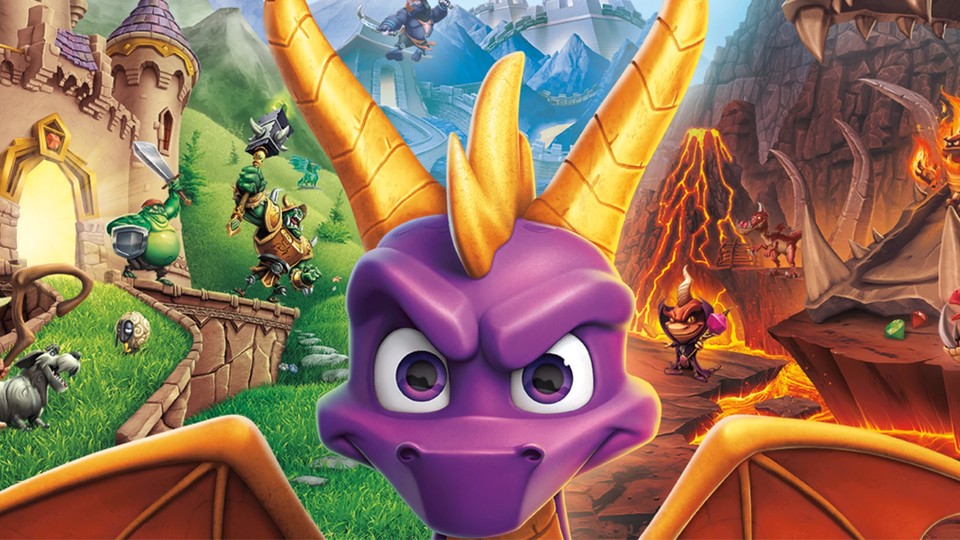 The Spyro Reignited Trilogy brings you the first three parts of the famous 3D platformer in a remake on a completely new technical basis. Graphically, the Jump&Runs now look pretty by today’s standards, while at the same time the brightly colored and cute look of the originals has been retained. Spyro’s gameplay has aged amazingly well. Roasting opponents with the little dragon’s flame breath or simply running over them is still a lot of fun. However, since the games originally developed for PS1 are much easier to play with the modernized controls than in the original, you should not expect a challenge.

Spyro Reignited Trilogy instead of €39.99 for €13.99 in the PlayStation Store 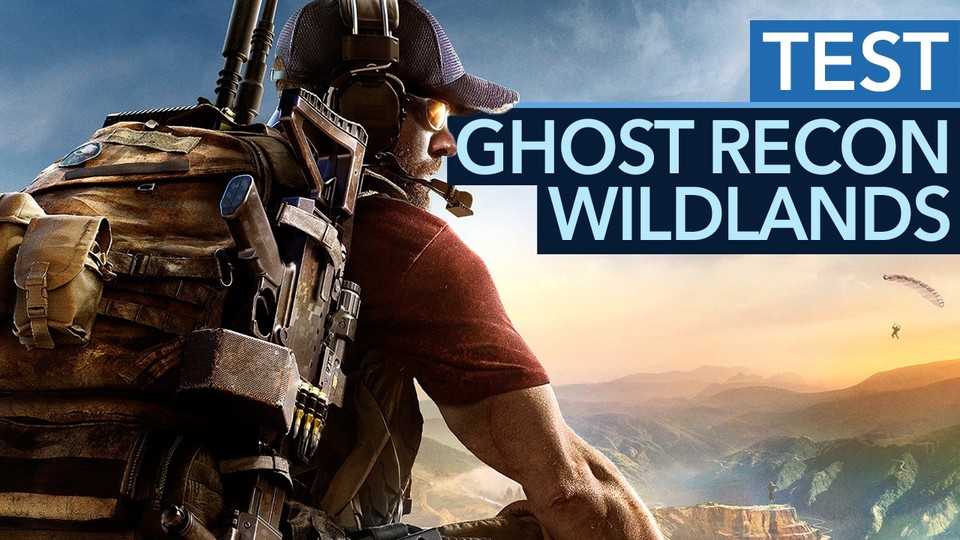 
Ghost Recon: Wildlands – Test video: Who is it worth it for?

Ghost Recon: Wildlands is now a few years old, but it is still significantly better than the somewhat unsuccessful successor Breakpoint and has also improved and developed significantly both technically and in terms of content since the release. In the shooter we go on a hunt for criminals in Bolivia, which is a lot of fun, especially in co-op, since we work out the best tactics for storming the gangster hideouts as a team and can be happy or annoyed together when a plan works or goes wrong. In the meantime, however, a PVP mode called Ghost War has also been added. Unfortunately, the story is less exciting, but that is forgivable in a multiplayer tactical shooter.

See also  The double standard of the State against teleworking: companies must provide equipment, the administration does not 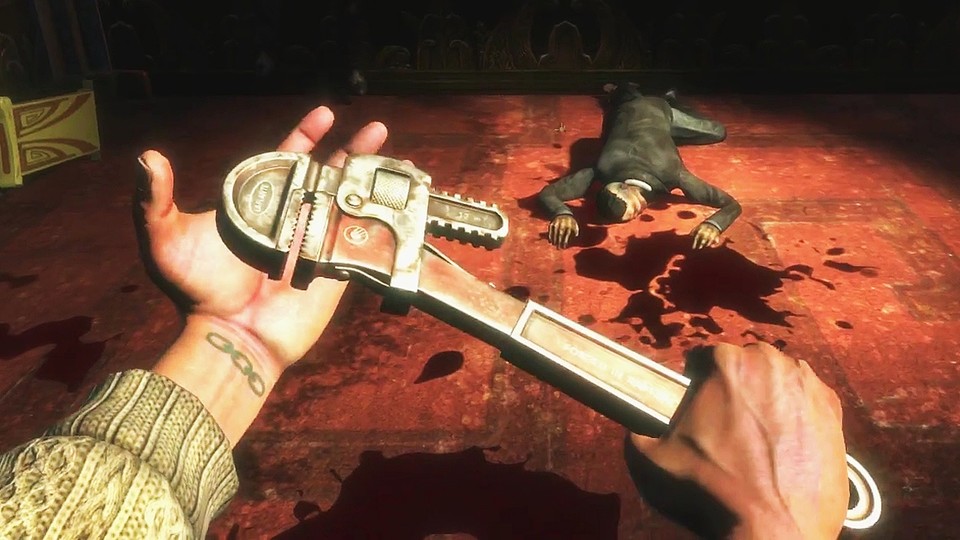 
BioShock: The Collection – 14 minutes of gameplay from Bioshock 1 HD

You still haven’t actually played the BioShock games? If you have a thing for first person shooters with a strong story or generally for games with a dense, dark atmosphere, you should give yourself a jerk and get the BioShock Collection for €9.99. This includes BioShock 1 and 2 as well as BioShock Infinite with all single player DLCs and technical improvements, which you can see especially in the first two parts. While in BioShock 1 and 2 you dive into the paradise-planned but nightmare underwater city of Rapture, BioShock Infinite sends you to Columbia above the clouds.

BioShock: The Collection instead of €49.99 for €9.99 in the PlayStation Store


The Sinking City – Video: This game doesn’t take us for idiots – at your own risk

The Sinking City is an insider tip for all those who fancy a spooky detective adventure. In the adventure inspired by the stories of HP Lovecraft, we travel to the slowly sinking city of Oakmont, where we search for the cause of strange visions that lure people here. We can and must explore the city freely, because the game doesn’t take us by the hand. We have to find our own way and do real detective work in searching for clues and questioning the residents. In addition to the original for PS4, there is also the way PS5 version cheaper, which contains technical improvements as well as the DLC Merciful Madness and additional quests.


Some links included on this page are affiliate links. Depending on the provider, GamePro will receive a small commission if you purchase via these links without affecting the price.
More info.