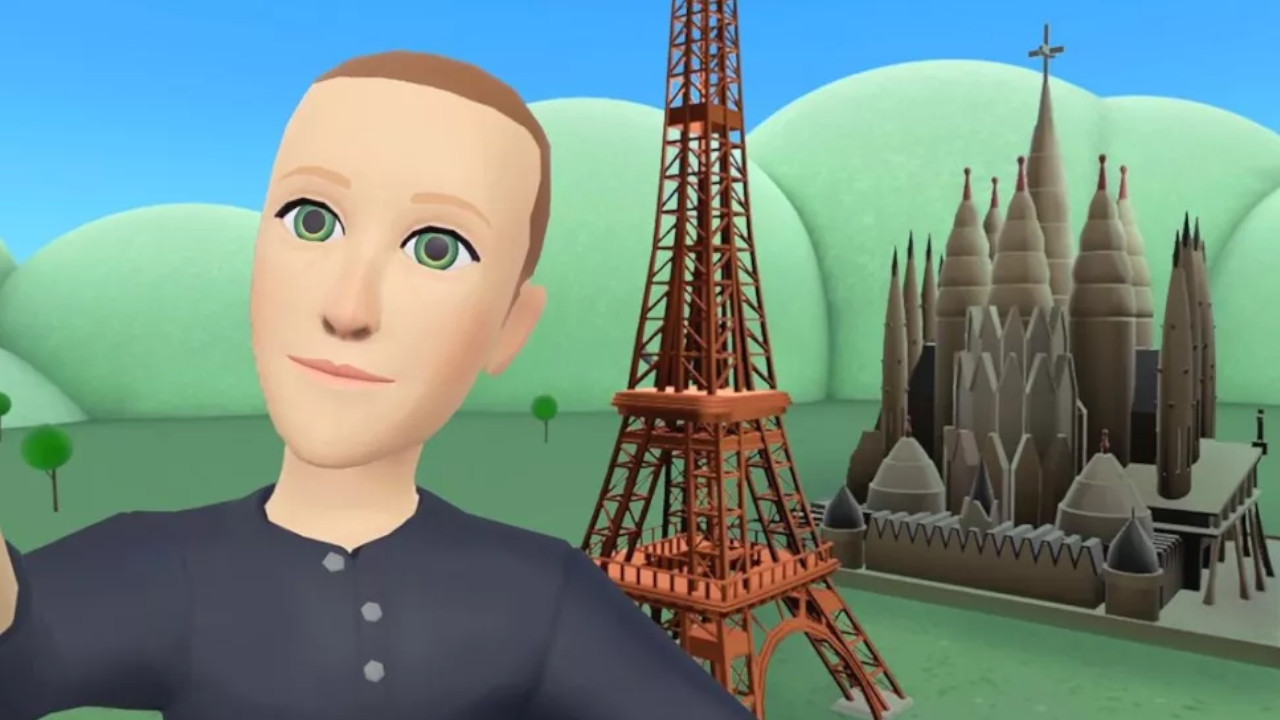 Mark Zuckerberg, the head of Meta and Facebook, shared a picture of his big Metaverse game. But the users are disappointed and stunned. Because the metaverse of Facebook looks pretty ugly.

What is it about? Facebook has been developing its own Metaverse for a few years. The Metaverse is envisioned as a “virtual universe in which people and companies are represented visually, interacting and doing business with one another.” (via pcgamer.com).

Horizon Worlds is supposed to be Facebook’s game where you can meet up with friends and wander the world with your own avatar, and it’s supposed to offer just such a metaverse.

But right from the start there had been loud criticism of the project. It just doesn’t look nice and many wondered where all the money went that the parent company Meta put into this project.

After all, Facebook is said to have invested 10 billion euros in the project. But even small indie projects look graphically much more appealing. With his latest screenshot from Horizon Worlds, Zuckerberg had caused a stir again.

Zuckerberg shows a screenshot, but it horrifies many gamers

What kind of picture is it? The image shows Mark’s avatar with lifeless eyes in an empty landscape populated only by a small version of the Eiffel Tower and Tibidabo Cathedral in Barcelona.

And it is precisely this picture that stuns many users. Or like it PC gamers formulated somewhat sarcastically: “Everything it [Horizon Worlds] features a baby-doll-faced Zuckerberg floating in front of a miniature Eiffel Tower.”

Why is everyone talking about “Second Life”? Many users compare Zuckerberg’s project to “Second Life.” This is a game made by the studio Linden Lab. They originally released the game in 2003 under the name Linden World. Here you can also create your avatar and wander through a digital world, meet people or create things.

And many people explain that even the almost 20-year-old game looks better than what Zuckerberg shows on his screenshot and that he is so excited about. The community doesn’t mince words either.

Reddit Founder Thinks Blockchain Will Radically Change Gaming In 2021 – What Is It Anyway?

How is the community reacting? The community is pretty stunned by what you can see there. After all, this metaverse, which Zuckerberg shows there, could still become a reality.

After all, after years of development and all the money invested, more was expected. For example, a user scoffs reddit:

It looks like Mark Zuckerberg saw Ready Player One and thought he could recreate this universe with MS Paint.

Other users explain that it was never the intention of Meta to deliver high-quality content. Because you only want to offer the server and the tools yourself, the users have to provide the full content themselves:

(…) He’s set up the servers and platform, added a Mii and some 3D clipart, and fully relies on his users to create 100% of the quality content.

The head of Steam also has his own opinion on the Metaverse. So he thinks a lot of people talking about Metaverse now have no idea, he said. They would probably never have played an MMO.

Steam boss Newell says: Many who rave about the Metaverse have probably never played an MMO