Knossi demands cigarettes for 7 vs. Wild – because women are allowed to take tampons with them 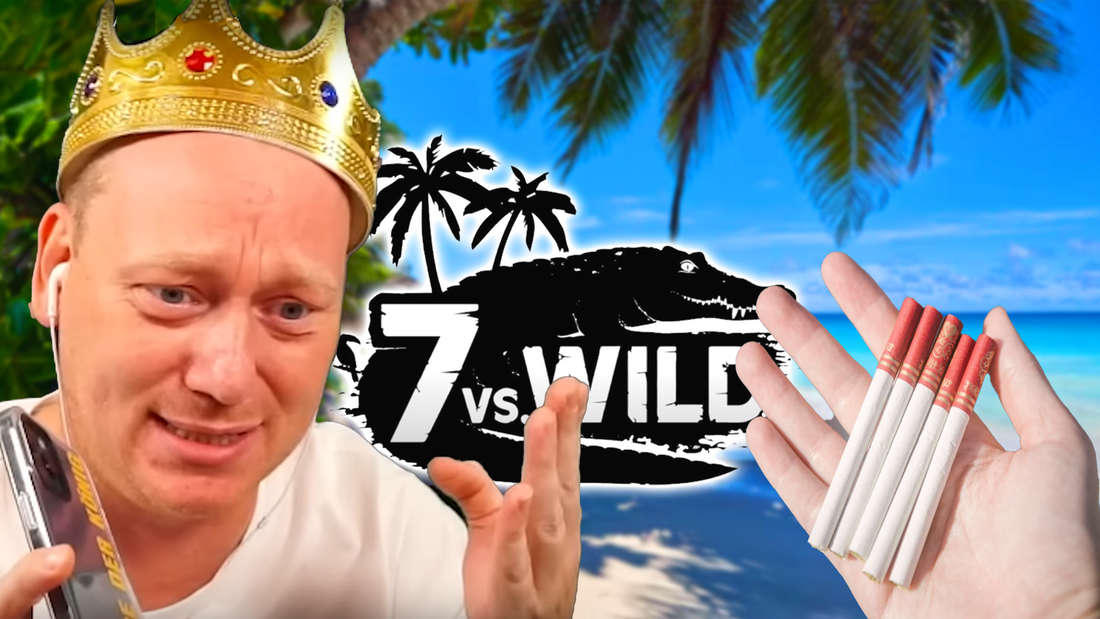 Knossi takes part in the second season of the survival show 7 vs. Wild. In a video he tried to haggle for cigarettes with organizer Fritz Meinecke.

Baden-Baden – Sometimes it gets the impression that Knossi, aka. Jens Knossalla almost regretted his participation in Fritz Meinecke’s survival show. It was clear from the outset that “7 vs. Wild” would pose an enormous challenge for the streamer, but the closer the day of shooting approaches, the more restless Knossi seems to be. In his stream he was now on the phone with Fritz Meinecke and tried to haggle with the organizer about being allowed to take his cigarettes with him.

7 vs. Wild: Knossi tries to haggle with Fritz Meinecke

What happened? In his live stream, Knossi phoned Fritz Meinecke, the organizer behind 7 vs. Wild. During the conversation, Knossi not only asked Meinecke for advice, but also addressed what was probably his biggest problem with him: giving up cigarettes. Knossi is the only participant in the show who can use a total of seven objects to help him find his way in the wilderness. However, Knossi is a smoker and is allowed to take a maximum of seven cigarettes into the wilderness as a luxury item. However, he would probably have to do without his sleeping bag. The entertainer then tried to haggle with Fritz Meinecke.

Knossi calls into the phone: “Come on, give me the box now, they can also do their OB’s!” Meinecke then asked: “You’re now comparing your fags to women’s OBs? If that hears Twitter.” Knossi then jokes: “Yes, but with your name again.” The background to this is that there was a discussion before “7 vs. Wild” because mostly male fans wanted to count feminine hygiene items such as tampons as a separate item.

After severe criticism on Twitter, the organizers allowed the participants to take hygiene items with them. In general, Fritz Meinecke was recently criticized by the public for his statements via social media.

7 vs. Wild: The community stands behind Knossi and gives tips

What is the community saying? Knossi’s community continues to be very supportive. Many viewers who also follow the show without survival knowledge are happy to see someone on the show who is not a professional in the field. There are always useful tips in the comments.

When does Season 2 7 vs. Wild start? Filming is imminent, but even the participants do not yet know where they will end up. The only thing that is clear so far is that it should go to an island. As an outsider with no knowledge of survival, Knossi is clearly one of the most exciting participants. In order to prepare, the entertainer from Baden-Baden got tips from everywhere, even Twitch star MontanaBlack gave Knossi advice on “7 vs. Wild”. Viewers will be able to find out how long the Twitch star will last on the island at the end of the year when the second season is broadcast on YouTube.

See also  Nintendo buys... not a new studio, but a huge chunk of land