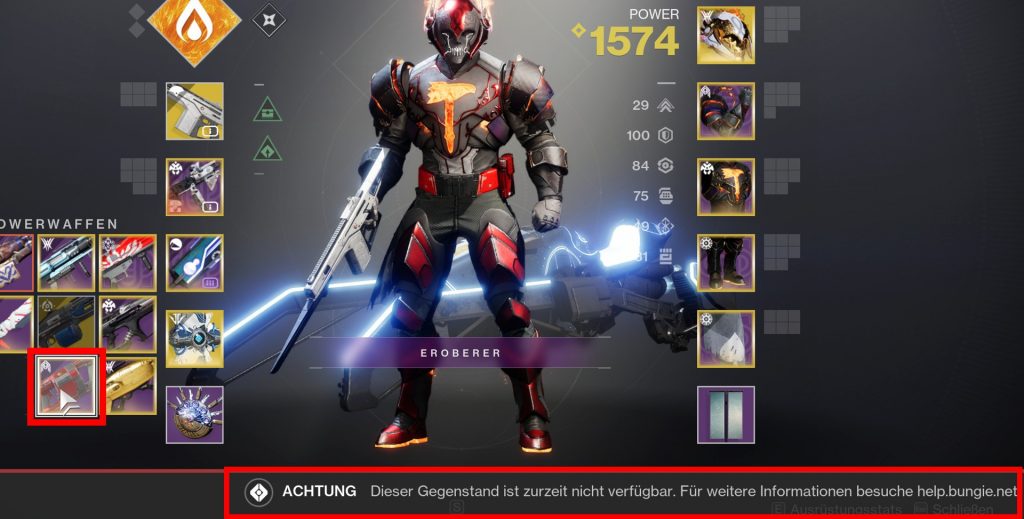 In addition to new activities and abilities, Season 18 in Destiny 2 also brought some buffs into play. During the first tests, however, it quickly became clear that something was wrong here. Guardians could easily pulverize any opponent with grenade launchers, and even an Exotic went completely insane. We’ll tell you which blatant DPS monsters Bungie had to tame with a mass deactivation in Season 18.

A new season in Destiny 2 not only means many new combinations of different mods, buffs and exotics. She also always likes to create unique and unfortunately often unwanted effects. And in Season 18 that even created a whole bunch of DPS monsters.

The main reason for this is the variety of options in Destiny 2. Builds are extremely flexible and offer players a lot of freedom – but they are also prone to errors. Especially when unwanted synergies or strong effects arise that give players an advantage. The same applies to weapons.

Season 18 has not been spared: Bungie support had their hands full right after the start of the season. The Destiny 2 community quickly uncovered a number of bugs. This prompted Bungie to disable an exotic and even several grenade launchers until further notice.

What exotics and weapons had to be disabled? As Bungie Help announced on the official Twitter account, the locked items are several grenade launchers and an exotic.

These weapons and Exotics are currently unequipable in Destiny 2:

Some YouTubers such as FalloutPlays and Aztecross drew attention to the problem. Until yesterday evening you could still have fun with the grenade launchers. Around 11:00 p.m. last night, Bungie quickly pulled the ripcord. So fast that some players didn’t even realize there were any problems with these items at all.

How could the error creep in? In the last update 6.2.0, Bungie announced a moderate buff for grenade launchers.

However, the before and after comparisons in Season 18 showed that it actually got a little bit more. Instead of the moderate 10% buff, update 6.2.0 packed a whopping damage increase of almost 250% in the grenade launchers on top.

how big the difference was shows the comparison table of FalloutPlays:

At the moment there are only a few options that can still be used. These include the exotic grenade launcher from Witch Queen “Parasite” and “Redeeming Grasp” from Beyond Light and a few uncommonly rare heavy grenade launchers.

A titanium exotic was also blocked

Shortly before the grenade launcher was blocked, a titan exotic was also caught. Bungie itself has not given an exact reason for the ban. But the exotic probably caused an extreme game-breaking bug.

See also  E-cars: will there soon be no more subsidies?

The keeper CheeseForever shows how bad the bug was. In one video he uses the exotic to activate his super every 10 seconds. All he had to do was change his barricade and back again. This gradually refilled his super meter when activating the melee ability. This procedure could be repeated indefinitely.

He documented the effect in the video, after which Bungie blocked the exotic:

As soon as players figured out what’s possible, the fun with the Exo and grenade launchers was over. In both cases, Bungie quickly pressed the big, red emergency button.

One reason for this is certainly the start of the new raid with the Worlds First race on August 26th. Everything should be done right here and buggy grenade launchers or exotics that would make the challenging competition child’s play for participating guardians would not be fair.

When will the Exotics be available again? So far there is no precise information on when Bungie will bring an update for it.

However, players hope that it will be possible to reactivate the grenade launchers in particular before the raid on Friday. Otherwise, the choice of weapons in this genre is a severe limitation for all participants. However, as soon as there is new information, we will update this article.

Did you notice the bug and have fun with it? If yes, how was it? And did you expect that Season 18 would also bring so many bugs into the game with a mass deactivation? What do you think of Bungie reacting so quickly in this case? Or do you say such bugs shouldn’t even come into play, Destiny 2 needs a PTS server? Write it to us in the comments.

However, if you’d rather have a little glimpse into the future of Destiny 2, then we recommend our article with all the information about the latest DLC Lightfall.