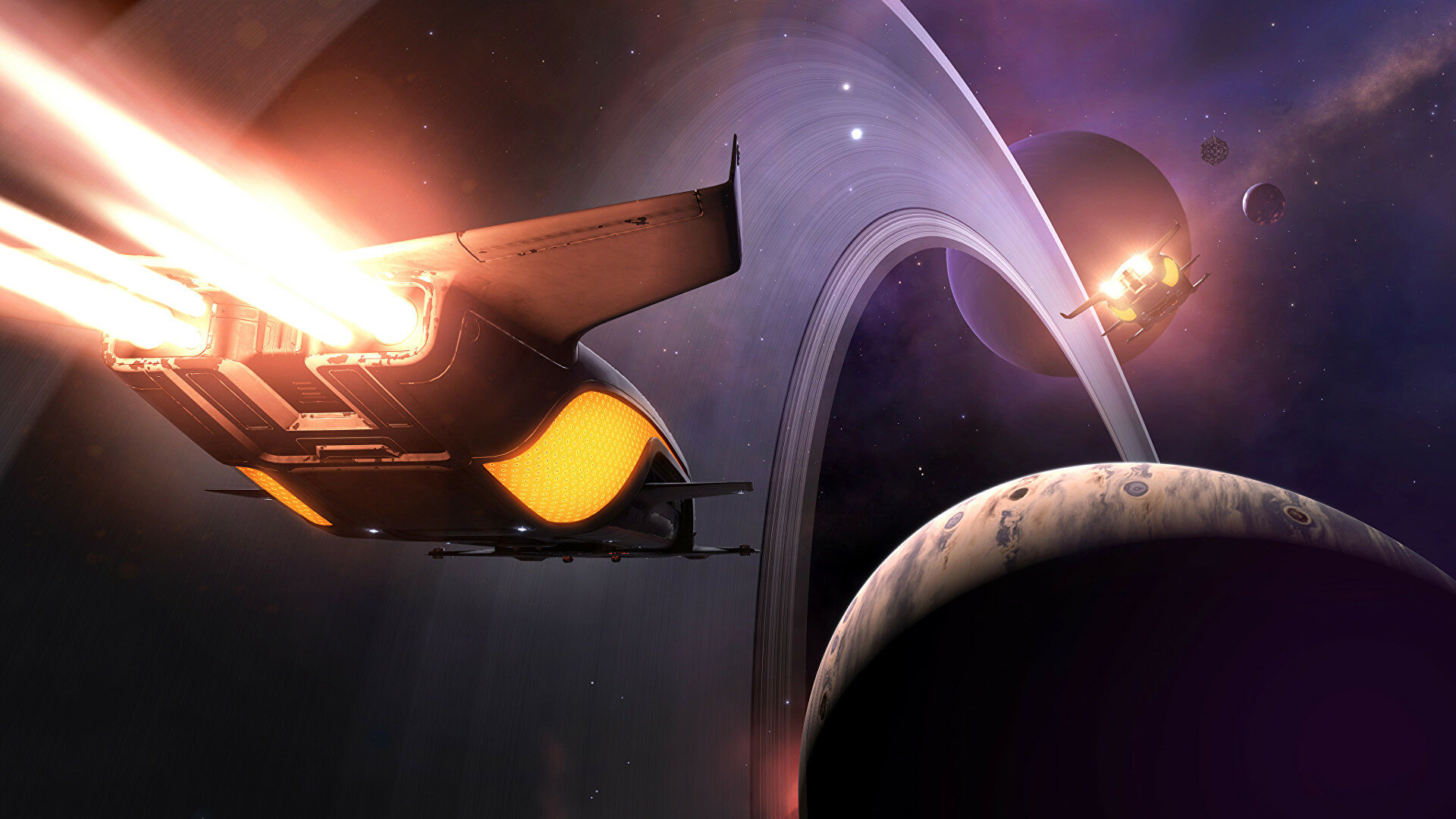 Sci-fi space flight sim Elite Dangerous’ director has owned up that the game uses noise from recordings of actual space. David Braben said that Frontier Developments incorporate audio from projects such as the British Antactic Survey’s Halley Research Station, which is where the data was collected that revealed that classic environmental disaster, the hole in the ozone layer. Braben’s revelation was prompted by the recent public acknowledgment from NASA that, yes, people really can hear screams in space. Sort of.

Over the weekend, NASA’s exoplanets team released a remix of the sound from the Perseus galaxy cluster that they say includes the noise of its central black hole. I know, I’d not heard that one before either. Must be on their new album. The tune was a hit, and NASA even started promoting their Soundcloud off the back of it. I was looking into going to see them live but there isn’t another launch window for weeks.

The misconception that there is no sound in space originates because most space is a ~vacuum, providing no way for sound waves to travel. A galaxy cluster has so much gas that we’ve picked up actual sound. Here it’s amplified, and mixed with other data, to hear a black hole! pic.twitter.com/RobcZs7F9e


The process used in NASA’s recording is something called sonification. You can read a layman’s explanation of it here. The gist is that they take data and convert it into sound. If you want to check out more banging choons from NASA’s sonification project then there’s a site for that.

See also  The water games are free of charge

in a reply to a commenter, Braben confirmed that Frontier use sonification for Elite Dangerous. “We use various recordings of EM noise, turned into audio for specific locations – for example the noise of electrical storms on gas giants, or Van Allen belts around planets,” he said.

yes We use various recordings of EM noise, turned into audio for specific locations – for example the noise of electrical storms on gas giants, or Van Allen belts around planets. Halley base is one of the most radio-quiet locations on Earth for recording signals from space.


Rick Lane had a chinwag with the Elite Dangerous team for us recently, discussing the controversial Odyssey update and the coming Aftermath of the game’s Azimuth Saga storyline. “Launched in May last year, Elite’s second expansion was to put it lightly, not well received by Elite’s community,” he said. “Complaints ranged from extensive bugs and performance issues to more fundamental criticisms about the implementation of the expansion’s on-foot exploration and FPS combat.” It’s well worth a read, sci-fi fans.

Elite Dangerous is on Steam and the Epic Games Store for £20/$30/€25, and currently on sale at 75% off on the latter. If you listen very carefully, you can probably hear me typing away furiously while you play it.