Guild Wars 2: Impressions of the release – time travel to the year 2012

As of August 23, 2022, new players on Steam can embark on adventures in Tyria, the world of Guild Wars 2. Ten years earlier, this journey began for me and other GW2 veterans. August 25, 2012 – that was probably one of the favorite Saturdays of my life (sorry, wedding anniversary, you were cool too). Because on this day the years of waiting had a redeeming end: Guild Wars 2 was launched! Technically, the release was officially August 28, 2012, but from August 25 pre-orders were already allowed to set off for Tyria. And of course I was one – after all, the Arenanet MMORPG sequel already excited me in beta. So don’t come at me with “But you don’t pre-order”. That was different! How was the first 24 hours in Guild Wars 2?

Guild Wars 2 shows its chocolate side in this trailer: Matching the Steam release, Arenanet presents the highlights of the MMORPG!

Guild Wars 2 is 10 years old! And you will be given gifts – but with what?

Guild Wars 2 turns 10! And if you created a hero for the release, you can now pick up gifts ingame – what’s up?

Release of GW2 in 2012: Pictures from the best day ever

The release really made for one of those magical days you never forget. Getting up early and my friend Alex was already waiting in the living room – visiting, from the other end of Germany, just so we could get started together. He was so cheeky and had already created his character, but we basically wandered through the starting areas synchronously – the only catch was that he created a human necro and I created a sylvari ranger. But we already knew from the beta that meeting each other and traveling to the other starting area is a piece of cake. We were allowed to use portals to Lion’s Arch directly in the grove and in Divinity’s Reach. 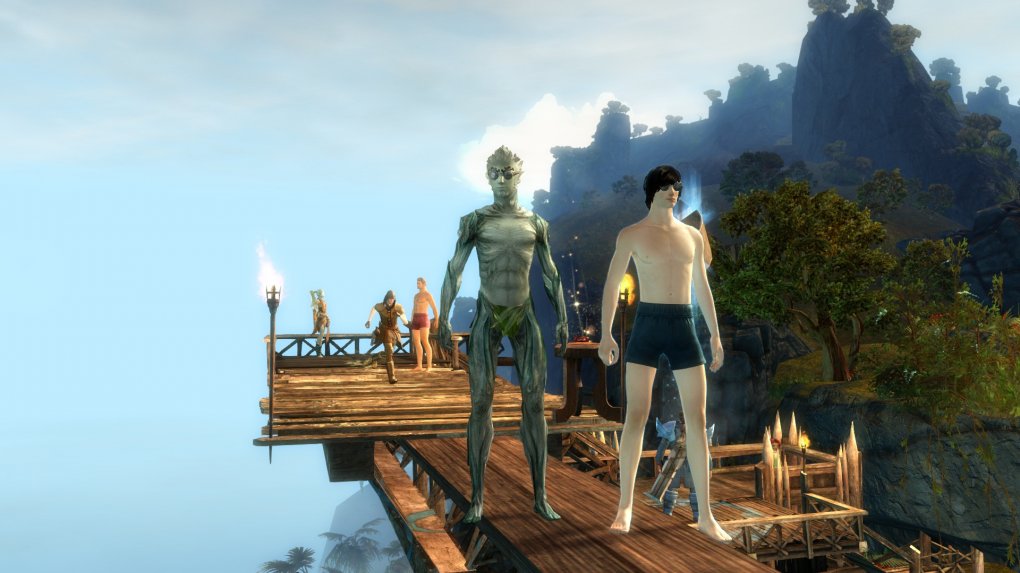 What images survive the time: Immediately on the release day, the characters Samael and Dante plunged into the Löwenstein harbor basin as diving masters – which looked very different at the time.

Why did Guild Wars 2 have birthday gifts and celebrations as early as August 23, 2022? Quite simply: leap years! Guild Wars 2 strictly counts 365 days and doesn’t care about leap years. That’s why the birthday has been postponed by two days since 2012. This beginning was also exciting because the game had a lot more adventure atmosphere with a lot of “we’re on our own” factor. Because in the first few weeks of Guild Wars 2 (buy now €49.95) the trading post was not available at all – and trading is still not possible directly between two players in GW2 (as it was in GW1). Accordingly, if you wanted to equip yourself or craft, you had to capture every weapon, every armour, every berry, every scrap of cloth and every lump of ore yourself. Gear was only available through crafting, from NPCs, or via drops! A green item or even a yellow one would still be a game changer!


See also  Destiny 2: This is how you get the cosmic sugar cubes for Xur's star horse at dawn in 2021 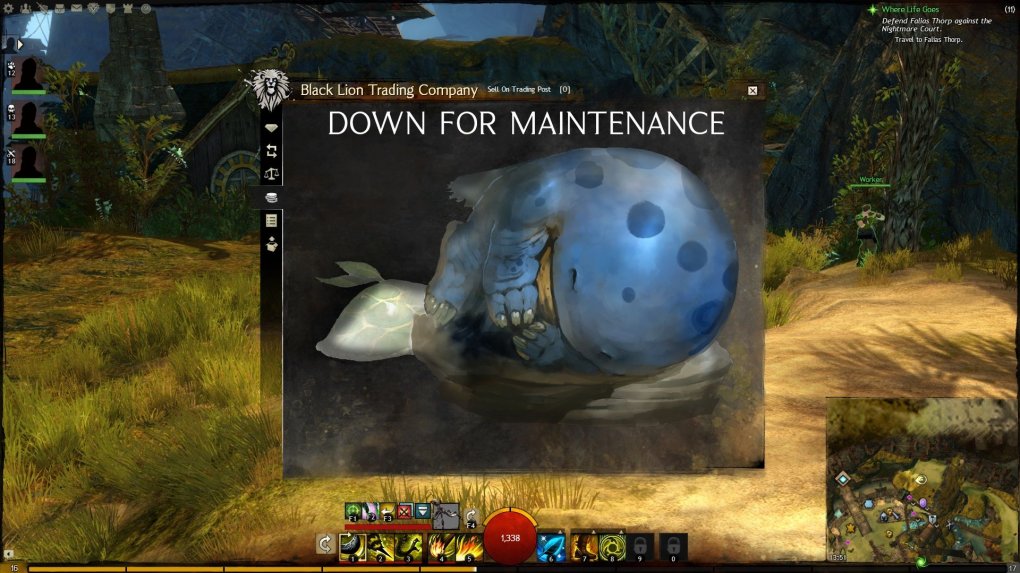 Representing the release experience: The GW2 trading post was initially down.


Also, whoever was playing at the time was just really keen on more Guild Wars. Most of the people you met right after the release were also Guild Wars players – after all, Part 1 wasn’t that old. So you also directly compared how far you had filled the Hall of Monuments in GW1, which gave exclusive skins and titles. If one then someone titled “God Among Mortals” crossed my path – hui, boy. 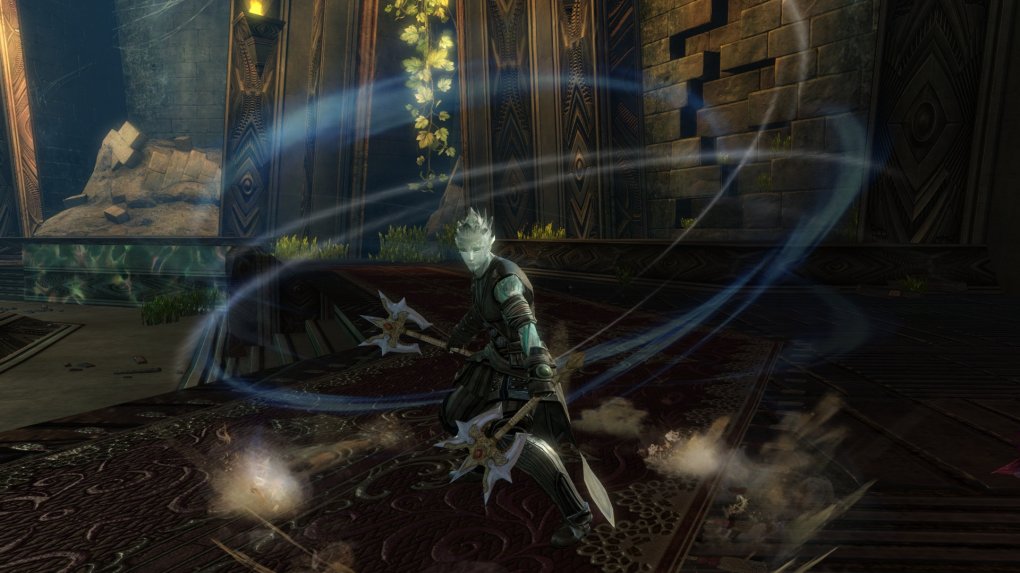 Pure nostalgia: In the Hall of Monuments we first got the exclusive skins for weapons and armor that we had earned in Guild Wars 1.


In a gallery, I have captured more impressions in screenshot format – for example, what did the beloved, old Löwenstein look like back then? Or the character selection, which is very different from the modern version? Have fun with these nostalgic screenshots!

Queensdale in Kryta: This is where the adventure for human characters in Guild Wars 2 began – an absolutely picturesque landscape! This picture from release day 2012 comes from a valued fellow player, whom Matthias only got to know much later. [Quelle: buffed]

What started in the morning continued deep into the night – even at 3 a.m. there was still playing, exploring, chatting, fighting and leveling. But then the weary body gave in and we went to sleep. Only to continue to be enchanted by the magic of Tyria the day after and the days that followed. A love that still lasts for me today; my buddy Alex hasn’t played that much for a long time. How does it look for you? Are you still playing GW2? Did you join later? Are there people who have accompanied you through the areas of GW2 since the release? Tell us your stories and your relationship to GW2 in the comments!

See also  Cyberpunk: Edgerunners - opening sequence of the anime series in the video