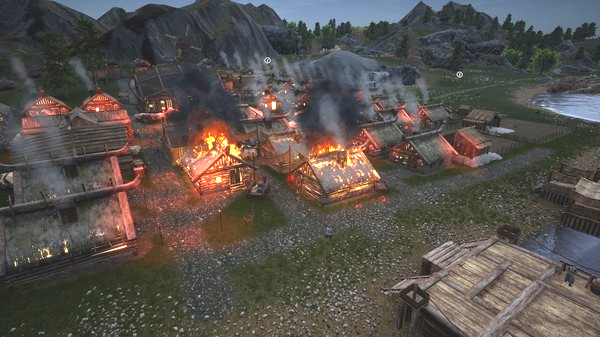 08/25/2022 at 18:41
from Rhonda Bachman –
Iceberg Interactive and the developers of Laps Games have presented their new city building simulation Land of the Vikings as part of the Gamescom 2022 that is currently taking place. In the game, a village has to be developed into a city, resources managed and enemy attacks fended off.

Iceberg Interactive and the developers of Laps Games have presented their new city-building simulation at Gamescom 2022, which takes place this week. Land of the Vikings takes players back to Viking times. You take on the role of the Jarl, who not only has to expand his village, but also help his protégés to survive. Land of the Vikings is scheduled to release into Early Access on Steam in Q4 2022. From now on, however, there is already a demo for the Viking adventure.

New trailer and demo of Land of the Vikings

As the developers write about the game on the Steam page, it is up to the players to carefully manage their resources in Land of the Vikings in order to be able to withstand the harsh conditions. Because there are enough dangers for your own village. The different seasons bring their own challenges and natural disasters such as earthquakes or lightning that strikes from the sky and ignites fires put your own Vikings in danger.

All villagers should have their own character. They are equipped with more than 20 features and are therefore also suitable for different jobs. Players must therefore pay attention to the skills and abilities of the Vikings. Theater people are less suitable as builders than strong men and women.

The prospective Jarl should also be on good terms with his own neighboring villages – or he can simply let them be attacked. Trade is also important to survive in the face of adversity. New buildings and bonuses can be unlocked in Land of the Vikings via the tree of life, Yggdrasil. Among other things, this improves the quality of life of your own villagers.