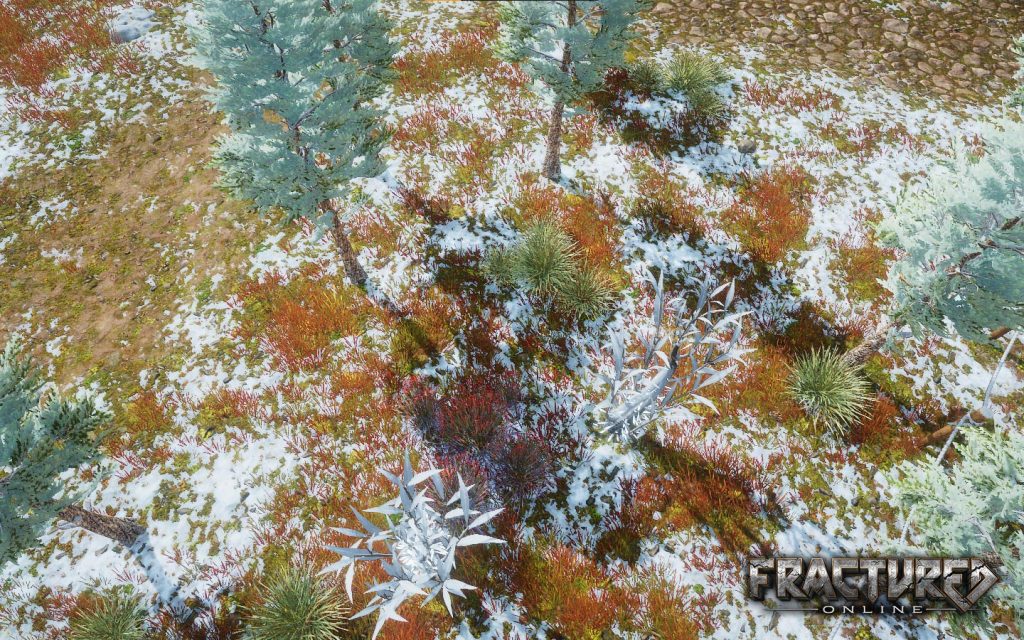 The sandbox MMORPG Fractured goes into Early Access on September 15th on Steam. In a presentation at gamescom, the team’s CEO revealed to us what the developers at Dynamight Studios are planning up until then and afterwards.

What is Fractured anyway? Fractured Online is a dynamic sandbox MMORPG. It divides its game concept into three different peoples, two of which will be in the game at the start of Early Access on September 15th.

Because your race determines in Fractured Online how you experience the sandbox MMORPG.

By the way, if you travel to other planets, then the same rules apply to you there as to the creatures that live there. A demon can’t just attack anyone on the wildfolk’s planet either, while a wildfolk has to be extremely wary of the demons.

In the new trailer, the MMORPG prepares you for the start of Early Access:

Exploration is the be-all and end-all: In order to learn new spells in Fractured Online and thus develop yourself further, you need skills. You get these from the monsters that use them. In order to eventually have all the skills, you have to have been practically everywhere at least once.

For example, there are skills that you can hardly get from the demons without PvP. However, the developers emphasize to us that there should be no individual skills that are essential for a build. If you can’t get one fire spell, grab one of the other 40, the CEO said.

But there is one way and that is the asteroids, which the Fractured Online team also tells us more about.

Asteroids as a new PvP endgame, but also for players who don’t like PvP at all

What are asteroids? The Asteroids feature is an endgame activity primarily intended to attract PvP fans. But it also offers PvE lovers a chance to get whatever skills they want.

Exactly how often you can travel to these asteroids is currently not entirely certain. However, they should be frequently occurring events that remain in the game for a short time. Then players from all races can travel to the asteroids and fight for control points there.

The asteroids have a procedurally generated surface that takes on a random biome present in the game. As a wild folk you don’t feel like walking around with the demons, but you want this skill?

Then an asteroid that gets the demon biome might be the solution for you.

how does it play Each asteroid has a checkpoint for factions to fight over. In the end, the winner is the one who has the point when the event is over. That said, it’s mostly geared towards PvP endgame fans.

If you win such a round, you will receive “Asteroid Control Points”, which you can then use to buy cool rewards. Among other things, relics for your guild hall, which then buff every member of your guild permanently and passively. So the asteroids are very worthwhile.

The CEO of the developers also exclusively showed us a completely new biome, which can also occur on asteroids. You are on a kind of tree house high above a foggy forest. We weren’t allowed to take pictures of it, but it definitely makes you want more.

What else happens before launch? Launching in Early Access on September 15th, the Wildfolk is coming to the MMORPG as the first major addition since Beta. And with you a completely new planet that can convince with new biomes and another open world.

Fractured Online is expected to remain in Early Access until mid-2023 before the game is finally released. During these months, the developers want to finish both the demons and work on the “New Player Experience”.

The CEO tells us that in testing, he saw how new players felt let down after the tutorial. If they didn’t have the urge to explore, they would quickly leave the game again. Above all, Dynamight Studios would like to improve on these aspects and give new players a better hand.

What comes after the launch? That’s still a long way off, but the developers are already telling us their plans at gamescom. So “sometime in 2024” there will be a system where you can be reborn.

This is to allow you to embark on a good path as a demon and an evil path in the game as a wildfolk after you reach max level. Then follows a long questline where you can choose to switch camps.

Then you start all over again with slightly better stats. But the exact plans can still change a lot before the feature is ready at some point.

What do you think of Fractured Online? Are you interested in the MMORPG and what do you find particularly exciting about the features? Or do you see little potential in the game? Write it to us in the comments here on MeinMMO.