Nintendo Switch games should have copy protection that could cause stuttering 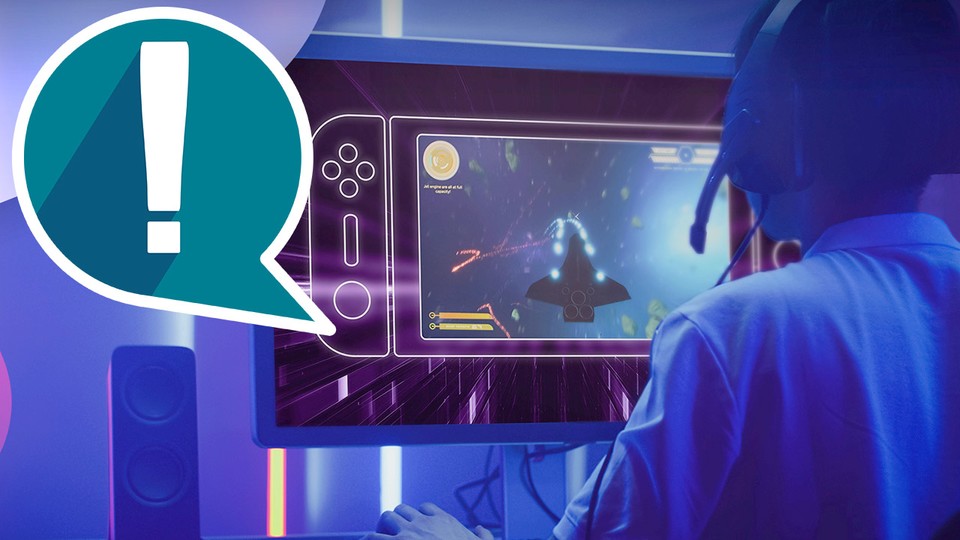 Switch emulators are a thorn in Denuvo’s side. (Image source: Denuvo)

The copy protection manufacturer Denuvo does not have the best reputation among PC gamers, to say the least. The company’s precautions repeatedly lead to legally purchased copies being plagued by stutters and performance drops. Denuvo now wants to expand its services to the Nintendo Switch, which is why there are concerns about similar effects for the handheld.

Switch emulation as a trigger

Denuvo argues the development of its copy protection software with the increasing maturity of Nintendo Switch emulators like Yuzu or Ryujinx. It’s capable of running a large part of the Switch catalog on PC, with patches ready for 4K resolution or higher refresh rates within days of a popular game’s release.

Modded versions of switch games can also be started, for example The Legend of Zelda – Breath of the Wild has been expanded to include couch co-op:

Since Switch titles lack security measures, PC gamers would be tempted to consider the handheld versions pirated, according to Irdeto, the company behind Denuvo. The company does not provide documented figures for the extent of the problem.

Denuvo’s announcement explains that queries will be built into a game’s program code to ensure that the title will run on a real Nintendo Switch.

The copy protection manufacturer also announces that the technology should not affect the gaming experience – just like other solutions from the company. PC gamers will certainly raise their eyebrows at this statement, as copy protection is constantly associated with massive performance problems.

Here’s how Denuvo’s copy protection measures work: The copy protection queries should be carried out in situations where a game does not cause a lot of computing load, as Golem reports. In the past, this wasn’t always the case. If the game developers didn’t carefully integrate it, major problems would arise.

In the PC version of Resident Evil Village, the copy protection was so messed up that the game stuttered extremely often. (Image source: Digital Foundry)

Among other things reported Digital Foundry in the case of Resident Evil Village about itthat a pirated copy of the horror highlight plays better than a legally purchased version. The fact that even a large AAA studio is not good at handling copy protection naturally does not reflect well on Denuvo. Copy protection is often removed a few weeks after the release of a title – as here in the case of Doom: Eternal – removed by the developers via patch.

This could mean Denuvo protection for the Switch

Due to the low-performance hardware, the switch naturally raises the question of how to ensure that it is not overwhelmed by copy protection queries. Good optimization seems to us to be essential in this respect, but we are not sure whether every studio is willing or able to put in this extra effort.

Not intended for the general public: In its announcement, Denuvo is primarily aimed at studios that publish their games for the PC and the switch in parallel. In addition, you have to distinguish between large-scale productions – which largely run terribly on the popular switch emulators and are therefore not at all interesting for pirated copies via emulation – and the indie segment.

The Nintendo Switch packs Doom Eternal with oh and noisy – it won’t work with the emulator. (Image source: Nintendo Life)

In the indie sector, it is not uncommon for games to be distributed free of any copy protection measures on platforms such as GOG for PC anyway, which is why there is no need for illegal switch emulation.

In addition, many ports, such as the long-running development Dorfromantik, only appear a few months after their PC releases for the Nintendo Switch. After such a long time, the PC version is already cracked by pirates, making the Switch emulation redundant.

These indie games have recently been released or are coming soon for the Switch:

So the target group for Denuvo’s emulation blocker is quite small among Switch developers, and even those who might consider using it will carefully consider the additional optimization effort. So far, no studio or publisher has commented on the subject.

What is the main reason for you to play a multiplatform title on the switch?