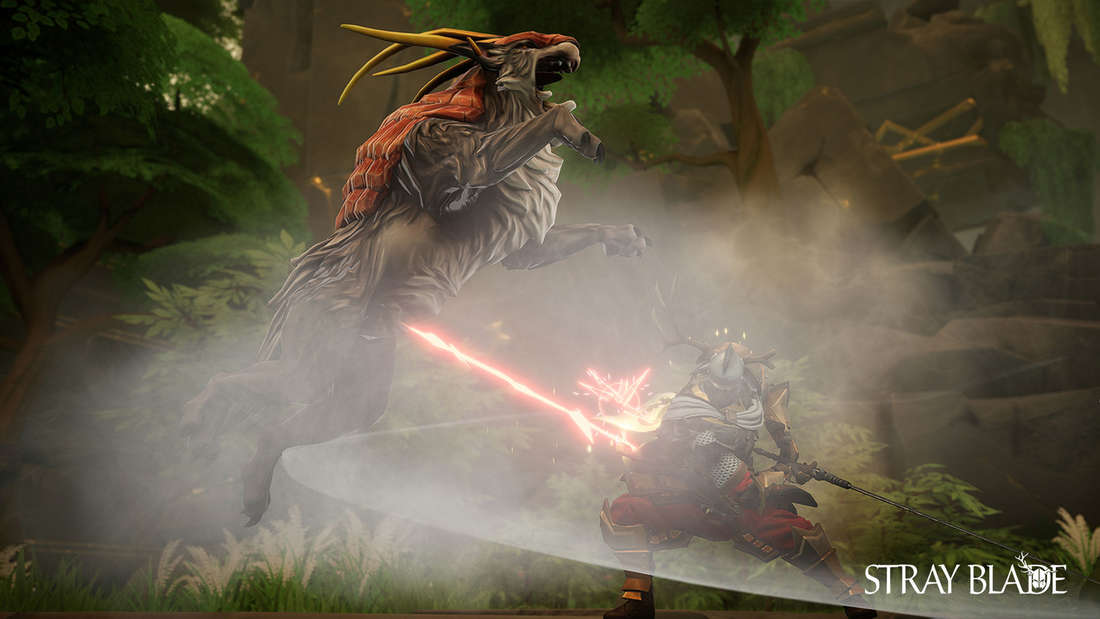 Stray Blade is a highlight at Gamescom 2022. The game comes from a German game developer and has great potential.

Cologne – At Gamescom 2022, one thing will become very clear again: There are a lot of video games that have been released or are yet to be released. Every year the market is flooded with new games and the senses are flooded with it. Anyone who gambles will know the problem. There are just way too many games left to play, but the sheer volume of some titles will make you put them off forever. So it can happen that the list of games that you want to play is longer than the list of games that you have already played. Stray Blade has the potential to slip off the list.

You should have the game on your screen: Briefly outlined: Stray Blade is an action-adventure role-playing game from the German game developer Point Blank Games. The action-adventure role-playing game throws us into a fantasy world full of people and monsters who want to get us down. But we are anything but defenseless. With a huge arsenal of weapons and a crisp combat system that relies on precision and skill, we face every opponent.

The first look at the game intrigued me. The special art style was a welcome change to more and more realistic graphics in more and more games. Then came the gameplay and story, which seemed equally simple and complex. After a first allusion, these impressions were consolidated even further.

Souls game meets storytelling: Unlike Souls games, Stray Blade actually tells the story. So players don’t have to look for everything from item descriptions. This should make the game much more accessible than, for example, Elden Ring.

Keyword Elden Ring: Where other games escalate into sheer megalomania, Stray Blade seems to remain rather compact without making itself small. It starts with the art style – detailed but not realistic. In an interview, Nicholas Zamo and Vincent Klose (Brand Manager and Public Relations) revealed that the style came purely from the vision of the art director. He has that in his head and only follows his imagination.

A blessing in the flood of games? Imagination is also the keyword. Stray Blade looks like pure fantasy – you can touch it, but without being overwhelmed. The story remains down to earth. We explore the war-torn valley of Acrea with our companion Boji, wandering through the abandoned ruins of bygone civilizations. We don’t have to fight our way through endless expanses of an open world, but explore three areas that gradually open up the further we play.

Dying with a twist: If we die, we are returned to a shrine in Souls fashion and have to fight our way through the level again. However, instead of completely resetting the level like in Souls games, the world changes in Stray Blade. Boji revives us and because that takes a while, time passes in the game world. This means that the second time around we can find completely new opponents in a level. An interesting twist that increases the immersion of the game. Depending on how often you die, small differences in the dialogues should also be noticeable. The playing time is between 20 and 30 hours.

Expectations are high: At first glance, all of this might sound like a normal Souls knock-off. When playing, however, you immediately notice that normal Souls games and Stray Blade don’t have that much overlap. This is mainly because Stray Blade is more accessible through art style and storytelling. Down-to-earth fantasy, a freely exploreable but not endlessly sprawling world, a gripping story and a crisp combat system. A release is not yet certain, but Stray Blade is targeted for 2023. So it looks like 2023 will be a good gaming year.