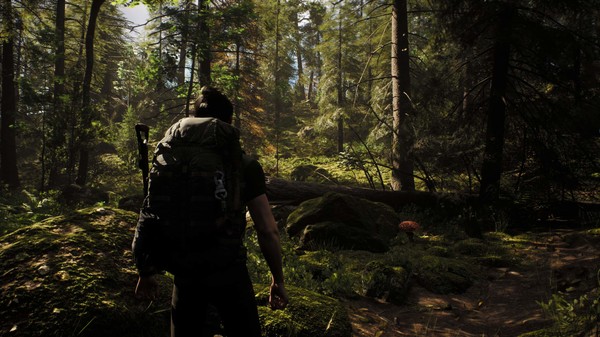 08/25/2022 at 2:41 p.m
from Sarah Petzold –
The Kickstarter campaign for the survival game Rooted has started and has so far turned out to be a complete success for the developers. Three days after the crowdfunding start, more than 20,000 of the targeted 60,000 euros have already been raised.

After the developers of the survival game Rooted announced a closed alpha phase a few weeks ago, the Kickstarter campaign for the indie title has now started. Rooted, which is based on the new Unreal Engine 5, comes from a French studio and is scheduled to enter Early Access on Steam in early 2024.

Already a third of the financing reached after three days

The Kickstarter campaign has already collected more than 20,000 of the requested 60,000 euros in supporter funds within the first three days of its launch. Those who would like to support the project can choose from various reward tiers ranging in price from 5 euros (minimum amount without reward) to 1,500 euros. Backers who invest at least 15 euros will receive a digital version of the game, an exclusive Discord title and will be credited in the game’s credits.

If you want to get access to the closed beta phase, which is scheduled to start in the fourth quarter of 2023, you must support the project with at least 25 euros. Access to the closed alpha at the beginning of 2023 will cost at least 50 euros. Other rewards include the game’s soundtrack and art book, as well as various cosmetic bonuses.

The Kickstarter campaign serves to complement the financing of Rooted through a financial injection from Epic Games (so-called mega grant). Depending on how much money is raised as part of the Kickstarter campaign, the developers plan with various stretch goals, including a multiplayer mode, additional items and tools, a larger map, the Steam Workshop and improved weather effects.