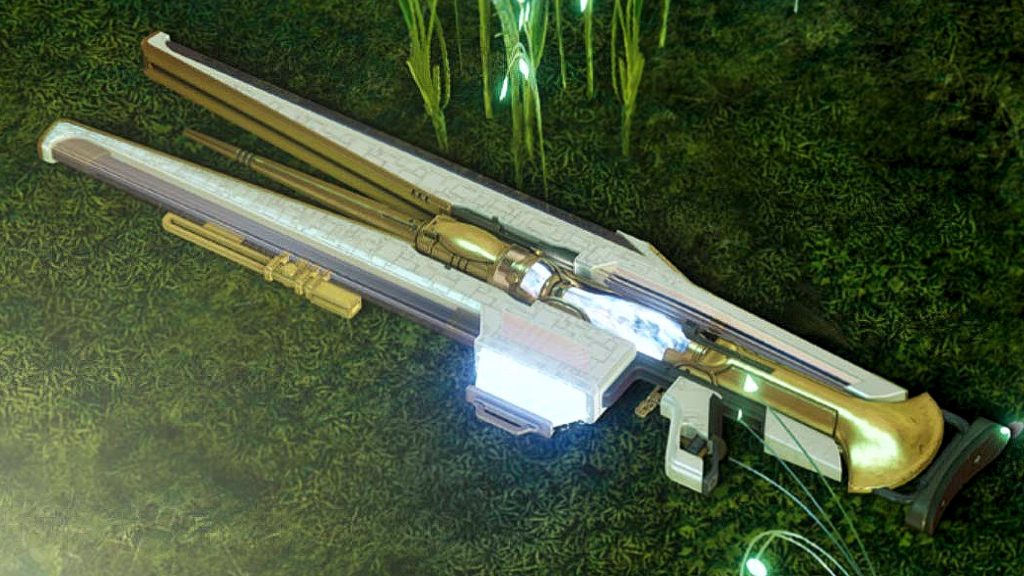 The time has come and Destiny 2 players will finally be able to walk again on the Taken King’s Dreadnaught “Oryx” and learn to fear in his Raid of the Hive. We’ll show you 6 weapons that you should definitely pack for the raid to be prepared for anything.

What are these weapons? In this guide we list various weapons that you will need in the respective encounters (phases) of the raid. We explain where exactly they are best used and why.

We have decided on the following guns:

Important things about Kingsfall: The raid has not yet been released. Just like the Vault of Glass that has returned, each phase may differ from the Destiny 1 version. For these recommendations, we have therefore adhered to the phases from 2015 that we are familiar with. If the phases and boss fights have changed, we will adjust our recommendations for you again.

What phases is it good for? Divinity is especially useful for the Warpriest phases and against Daughters of Oryx. It simplifies the damage phases for you, since these bosses tend to move far too often.

However, against Golgoroth and Oryx you should rather do without the laser rifle. The mechanics behind their boss fights are more complex, making the gun just not worth using.

What phases is it good for? The sleeper simul can be used well for all boss phases. This weapon is a good choice, especially for Golgoroth, since you have to shoot at his weak spot in his stomach.

See also  Developer of the largest German MMORPG says: "MMORPGs used to be more exciting because you were allowed to be evil"

Note, however, that without divinity, your enemies’ weak point will be reduced many times over. So you have to be a good marksman to do a lot of damage.

What phases is it good for? The squirrel can mainly score well with the war priest, the daughters of Oryx and in the final battle of Oryx itself.

Thanks to its catalyst, the Gjallarhorn can hold two missiles. This will help you as you will be standing on slabs in the final battle against the king and will have to take care of your ogres quickly so they don’t wander out of their puddle.

What phases is it good for? For all phases in which you can shoot accurately at your boss. Izanagi’s Burden is especially worthwhile for players who prefer to wield a legendary heavy weapon in their slot.

A solid choice of weapon, but the catalyst should definitely be complete or the Sniper isn’t worth it.

What phases is it good for? You should take a useful machine gun with you for the initial or glyph phase. This makes it easier for you to deal with the many smaller groups of enemies that always spawn.

The most important thing though is that the Rage Bearer in the Golgoroth boss fight definitely needs a MG. During the damage phases, the ogre releases many small homing possessed orbs that want to kill the rage wielder.

But since the Fury Bearer has to be in one place, you need a weapon that can take out those bullets quickly and with a lot of capacity. This guarantees a smooth damage phase.

See also  Distant Worlds 2 review in progress: two steps forward and one back

What phases is it good for? For all damage phases where you want to wield a legendary heavy weapon. This Linear Fusion Rifle packs massive damage and still has room for an Exotic weapon in the primary or secondary slot.

Note that we are only giving you a recommendation, we do not want to impose any dogmas on you, but give you examples of how you can approach the respective phases. If you have other weapons in your loadout that are better, feel free to share your tips and recommendations in the comments for other players.

So that you know exactly when it starts and what the conditions for the start of the Kingsfall raid look like, we have summarized everything you need to know:

Are you looking forward to Day One too? And what is your loadout for the Kingsfall raid? Let us know in the comments!