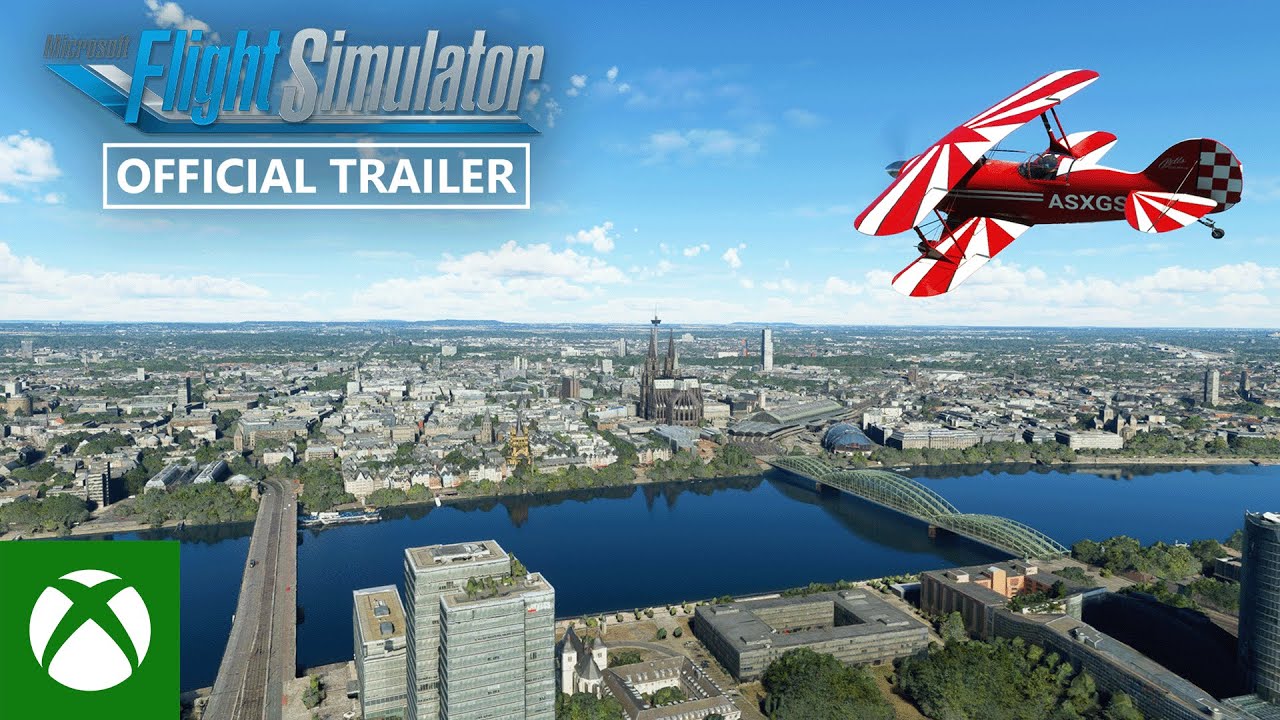 08/26/2022 at 2:41 p.m
from Thilo Bayer –
There is a lot of exciting news about Flight Simulator. The free city update has already been released, and the 40th Anniversary Edition with helicopters and gliders will follow on November 11, 2022. Sim update 10 will continue to be tested.

Asobo and Microsoft have reserved some exciting treats for Gamescom. We summarize the announcements for you.

The first city update of its kind has already been published, providing selected German cities with brand new photogrammetry data. Hannover, Dortmund, Dusseldorf and Cologne will be there – fitting for Gamescom. The cities should be experienced “in an unprecedented realism” – a video shows the graphics quality achieved. Even the Gamescom site should be shown very precisely. The first city update can now be downloaded free of charge directly from the in-game marketplace.

The 40th Anniversary Edition of Flight Simulator will be released on November 11th, 2022 (buy now €69.99), of course free of charge for owners of the game. In this edition, helicopters and gliders are making a comeback – they were last part of a flight simulator in 2006. Another novelty includes the Airbus A-310, which “should work exactly like its real-world counterpart down to the last button”.

A total of seven historical planes will be included in the game with the Anniversary Update. These aircraft include the 1903 Wright Flyer, the 1915 Curtiss JN-4 Jenny, the 1927 Ryan NYP Spirit of St. Louis, the 1935 Douglas DC-3, the beautiful Grumman G -21 Goose from 1937, the Havilland DHC-2 Beaver from 1947 and the famous Hughes H-4 Hercules (“Spruce Goose”) from 1947.
It also adds four classic airports – including Chicago’s Meigs Field. There are also 10 glider airfields, a total of 12 new aircraft, 14 helipads and “20 iconic missions from the franchise’s past”. There is no news on Sim 10 update yet. The last game build showed improved DX11 performance, but there is at least one other beta build ahead of the release. Mid-September is still the plan.