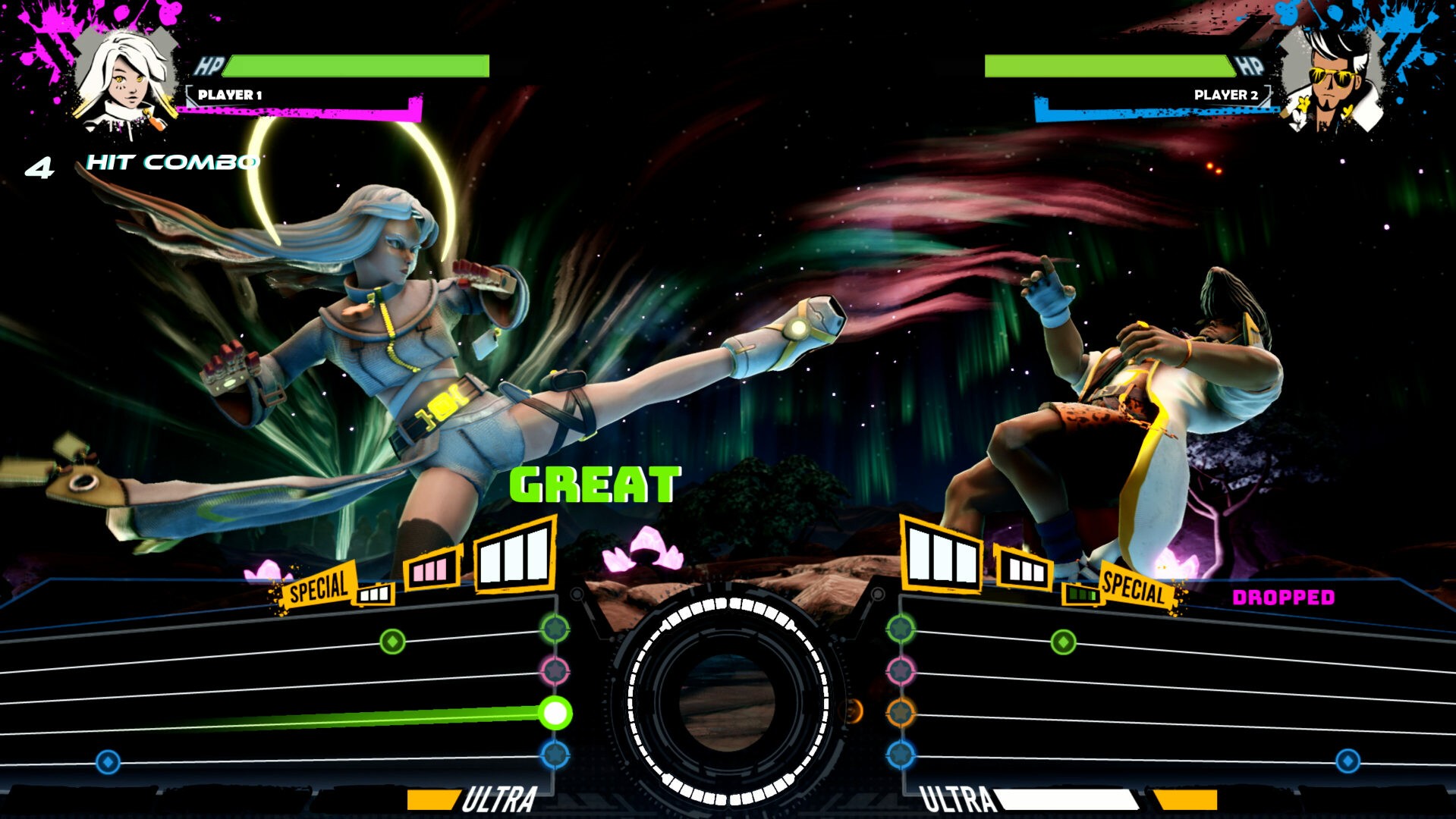 The “Guitar Hero” principle, in which the passing notes have to be caught at the right moment, can also be applied to other genres. Beat ’em ups, for example, as demonstrated by publisher Modus Games and the in-house Modus Studios with their tactful beating game “God of Rock”.

“God of Rock” pushes players “to their limits, letting them fight to a song determined by the chosen characters and the level”, according to Modus Games. According to the publisher, anyone who cannot keep up with the beat will not survive in this duel between the best musicians in the universe. The “rhythmic fighting game” including local and online multiplayer modes is to be released in 2023 for PC, Switch, Xbox One, Xbox X|S and PlayStation 4 and 5.