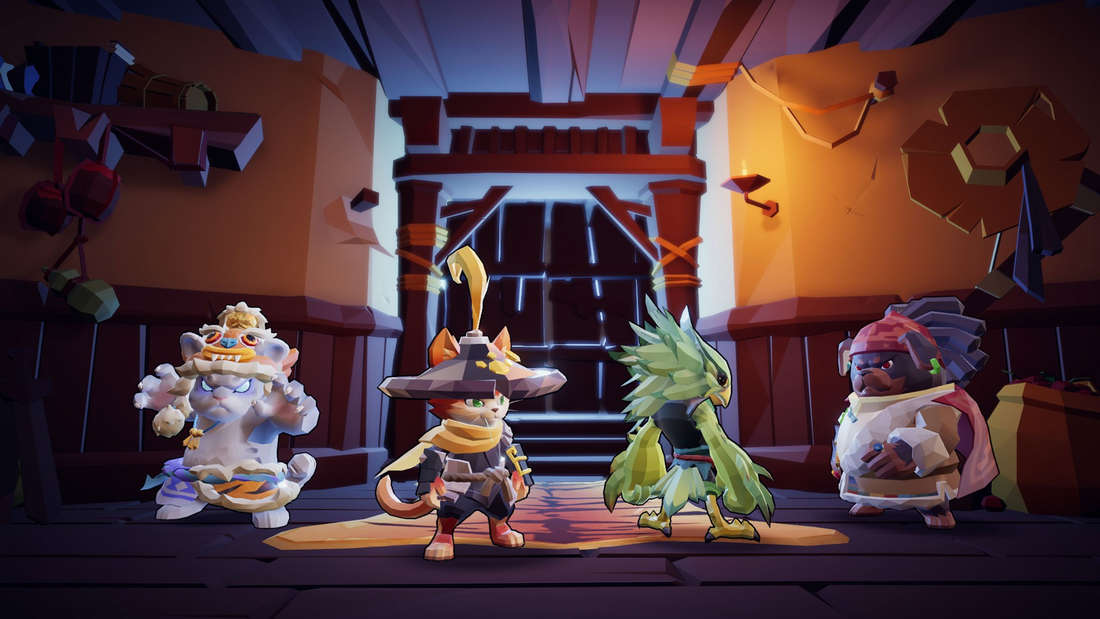 Gunfire Reborn is extremely popular on Steam. Now the roguelite is also coming for the Xbox Series X, even for free in the Game Pass. It was high time.

Cologne – Finding a game that you want to play is not always easy. Sometimes the setting doesn’t fit, sometimes the gameplay doesn’t feel right. Sometimes you just don’t feel like throwing yourself into a massive 50-hour adventure. Gunfire Reborn has the potential to circumvent all of that, as it’s the perfect casual game. We previewed it at Gamescom 2022 ahead of Xbox Series X/S release.

Game principle is simple but good: Gunfire Reborn is a plush-themed roguelite first-person shooter. That means we fight our way through procedurally generated levels and have to survive as long as possible. If we die, we take part of the progress with us in the form of skill points. This makes further runs easier. We play one of a total of six cute animal characters. However, they are not for cuddling. Each character brings their own destructive skill set that significantly affects playstyle.

The differences for the console are not big: Gunfire Reborn was released for PC last year. at Steam the shooter costs 16.79 euros. The roguelite is very popular there. So a port to the Xbox Series X/S was only a matter of time. Not much has changed in the game itself, it’s just been optimized for the console. This worked beautifully too, as the game feels incredibly accurate on console and plays flawlessly.

Clash: Artifact of Chaos – There are jaw chucks

[I] Doesn’t Exist: The game that doesn’t want you

Gunfire Reborn come into Game Pass: If the price is still too high, you will soon have the chance to test Gunfire Reborn yourself. The game is coming to Xbox Game Pass and PC Game Pass on October 27th. If you are looking for a game that you can easily play with friends, you should not miss this. Gunfire Reborn features a coop for up to four players. Thanks to the subscription from Microsoft, nothing should stand in the way of a joint gaming evening.