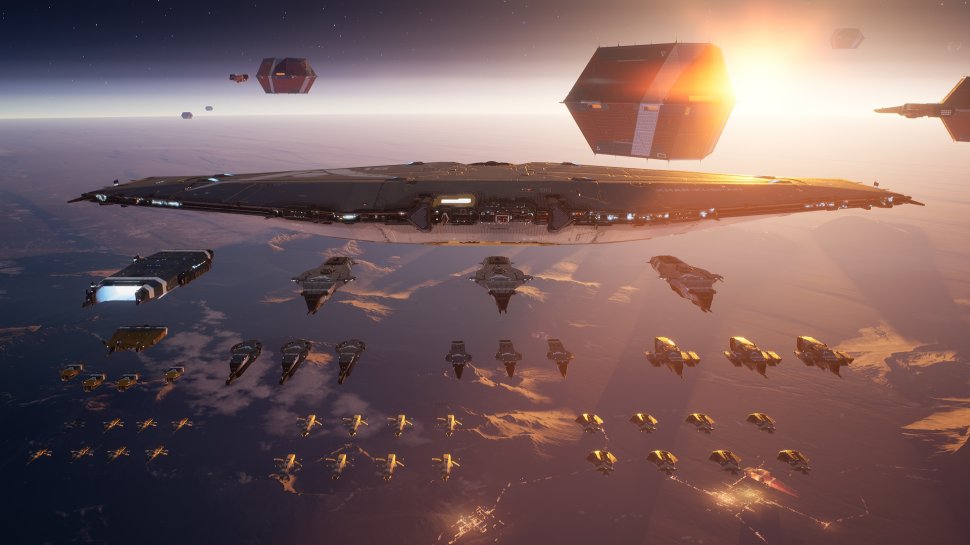 Fresh fodder is finally on the way for hungry PC strategists. The recently announced Tempest Rising wants to serve Command & Conquer fans, Jagged Alliance 3 lures with sophisticated round tactics – and the sci-fi target group can also look forward to a real treat. Homeworld 3 is scheduled for release in the first half of 2023 and seems to be on the right track. At Gamescom there was already a fresh gameplay trailer to see at the opening, which is not exactly long, but still gives a good overview. You can see tactical maneuvers, combat and the new, completely overhauled interface.

Homeworld 3 wants to bring back the typical 3D gameplay from the series in a greatly improved, contemporary form. The developers promise not only state-of-the-art graphics, but also many playful advances. For example, you will experience missions set in huge environments crammed with environmental elements such as shipwrecks, asteroid fields and the like, providing cover for your ships while you attempt to attack a weak point in the enemy fleet. A new, physics-based ballistics system is also on board, which should also have strategic implications. At the same time, however, the developers want to streamline the controls noticeably so that Homeworld 3 is more accessible than its predecessors without sacrificing depth. The team also places great emphasis on an epic story set long after the events of the previous two games.

But how does Homeworld 3 play? We were able to play the RTS at Gamescom, you can read our impressions here!

In a press release, Blackbird Interactive CEO Rob Cunningham, who served as art director on the first two Homeworld games, said: “Our team has worked hard to create the Homeworld experience we’ve always wanted dreamed of, and we hope this trailer will convince fans that we’re making THEIR game. Homeworld 3 will offer deeper strategies and decisions with simpler controls. Players will explore ancient megalithic structures and experience outer space in an exceptionally high level of detail , while following an epic story that will delight sci-fi fans. As launch in 2023 draws closer, we have many more things to reveal and some fun surprises up our sleeves, too.”

Homeworld 3 will be released in the first half of 2023. [Quelle: Gearbox Publishing]

In addition to the campaign, Homeworld 3 is also said to offer a classic multiplayer mode and even a roguelike mode that spices up the gameplay with new game mechanics. You can do Homeworld 3 on Steam and in Epic store pre-order, a cool Collector’s Edition is also offered, but at a steep price.

By the way: In addition to Homeworld 3, Homeworld Mobile, a Free2Play strategy game for iOS and Android devices, is also currently in the works. In some regions you can already download and play an Early Access version – if you are interested, just visit the Google Play Store and search for “Homeworld Mobile”. All information, videos and screenshots for the game can be found here. By the way: The developers promise that you cannot buy any advantages or important game content in the shop. Will it end up being so problematic in Diablo Immortal?

The first two Homeworld games were created by the strategy professionals at Relic Entertainment, who also developed the Dawn of War series, Company of Heroes and most recently Age of Empires 4 in addition to Homeworld. home world 3 (buy now €199.99) is emerging at Blackbird Interactive, a Canadian team founded in 2007 by former Relic employees. The team’s first game was planned as a spiritual successor to Homeworld. However, years later, when Gearbox acquired the rights to the brand, Blackbird was allowed to officially license their game with the Homeworld license. The successful debut answered to the name Homeworld: Deserts of Kharak, a prequel set not in space but on a sandy planetary surface. In addition to Homeworld 3, the team also developed Hardspace: Shipbreaker, and Crossfire: Legion and Minecraft Legends are currently in the works.