Hyenas: First gameplay shown at Gamescom – all the info! 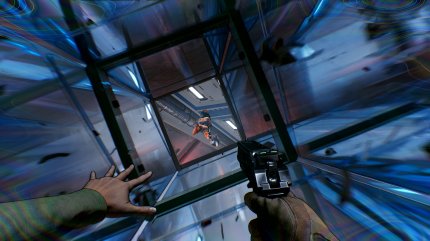 The name Creative Assembly is not usually associated with over-the-top, colorful online shooters – apart from Alien Isolation and Viking: Battle for Asgard, the girls and boys are mainly known for their extremely extensive Total War franchise. Her new game, Hyenas, isn’t just an unusual venture in that regard. The setting of the game is also completely absurd. You break into spaceships carrying valuable cargo with a squad from the eponymous special forces, while trying to steal more than the opposing crews. You not only confront four enemy Hyena teams, but also the spaceship’s AI-controlled guards.

And why the whole third now? What lies hidden in the ships’ hard-fought vaults? merchandise! Yes, you read that right. The most valuable resource in the Hyenas universe is pop culture clutter, which after the destruction of good old Earth is hoarded by the super-rich like precious museum pieces on Mars. Atari consoles, Walkmans and of course statues of Sonic the Hedgehog are the reason why the special forces shoot each other’s heads – because only those who own a lot of antique fan articles are a big number in the Hyenas universe. In a short Gamescom presentation, we saw gameplay footage from the game for the first time and we’ll tell you whether Hyena’s got more up his sleeve than just a curious setting.

01:26
Hyenas: First trailer for the new multiplayer shooter from the Aliens makers

As you can probably guess from the premise, the Hyenas themselves are a pretty unusual and colorful bunch. Because the title wants to be a hero shooter in addition to a heist game, the choice of character determines your weaponry and special skills.

In the presentation, we were shown a classic sniper named El Silbon, who can mark enemies through walls. Drag Queen Galaxia stuns opponents with her flamboyant show, and Ballerina Prima can manipulate the low-gravity zones found on every map.

Crazy armament is also provided: With a foam cannon, you can create short-lived walls for cover or spray a bridge between two platforms. The Cat Bomb creates a meowing force field that scratches enemies from all sides.

The fight in zero gravity should be another core element of the game. Friends of three-dimensional movement are probably rightly reminded of the early hero shooter Lawbreakers. But instead of just floating comfortably through the area, you should primarily use the grappling hook to move around so as not to lose too much speed.

Combat in Hyenas feels like it’s clearly geared towards fast-paced action rather than slow-moving, tactical moves. The individual rooms of the spaceship maps offer alternative routes and hiding places that you can use to ambush or bypass the opposing team.

You should probably not expect too many breathers or sneak attacks, after all, the game throws a lot of AI opponents at your feet. Particularly fat security guards, who come along in heavily armed mech suits, should ideally be dealt with as a team and then bag their loot. 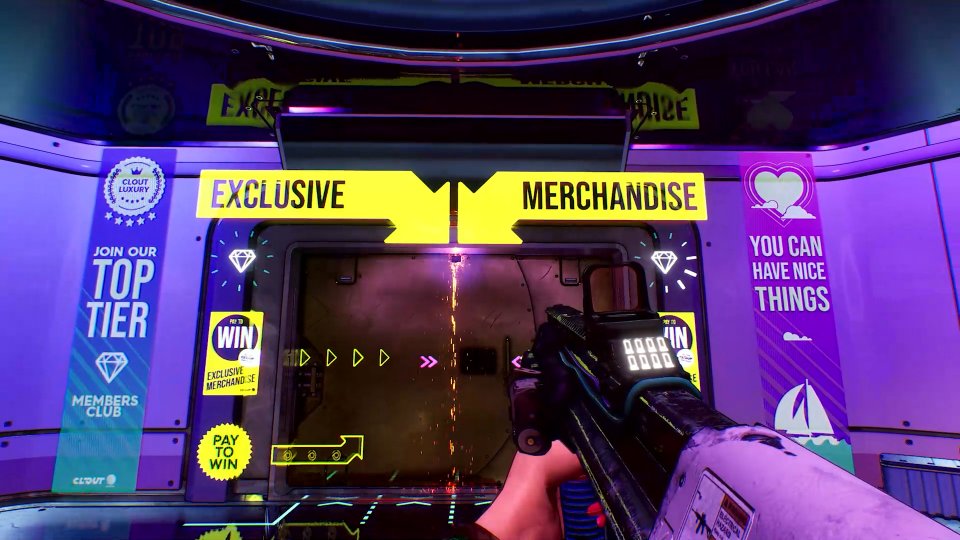 However, most of the merchandise can be found in the vaults, which are randomly restocked each round to ensure variety from match to match. In order to be able to enter the vaults at all, you first have to break open the thick armored door – but not with a drill or C4, but with a Sega Mega Drive, whose lasers slowly cut through the metal. Kind! 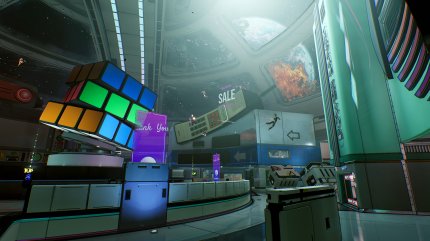 Meanwhile, your crew is of course on show, and in addition to the guards, you will have to deal with opposing players here at the latest. The time to kill seemed pretty quick in a duel, but Hyena’s still relies on a respawn system that forces your teammates to pick you up at a station instead of just letting you get back on. In addition, you lose all loot when you die, which the enemy team can then logically grab. Once your crew has bagged enough loot and made a name for themselves, you can request the evacuation and leave the map victorious.

Hyenas dances at many weddings, which can be a good opportunity, but it can also be a big risk.

You may have noticed it while reading the article: I can’t really assess Hyena’s after the short presentation. The game combines pretty much all the elements that are common in many modern online shooters: A mix of AI opponents and real players, wacky heroes with their own weapons and abilities, plundering and exciting extraction from the combat area as the crowning glory of a match . The gameplay reminds me a lot of Lawbreakers, which isn’t necessarily a bad thing, as the movement hero shooter was pretty well received by the few who played it. But this also exposes a risk for Hyenas: it combines so many gameplay elements and relies on such a stupid premise that I find it difficult to sell the game to a large audience. Anyway, I’m looking forward to the alpha phase!

With Hyenas, the Creative Assembly team has announced a multiplayer shooter that is as interesting as it is wacky.

However, the developers have not yet revealed what the progression system looks like. And there is still a lot that remains unclear: Hyenas does not have a specific release date, the number of maps and characters is still completely open. Creative Assembly also did not want to reveal anything about what the payment model will look like, i.e. whether an entry price will be due and what content will be purchasable. We will probably only find out more when the alpha phase of Hyenas begins, which you can already sign up for on the Game site Sign up with a Creative Assembly account.

Garmin Philip
See also  Pokémon GO: Developers tell us why village players' problems are not so easy to solve