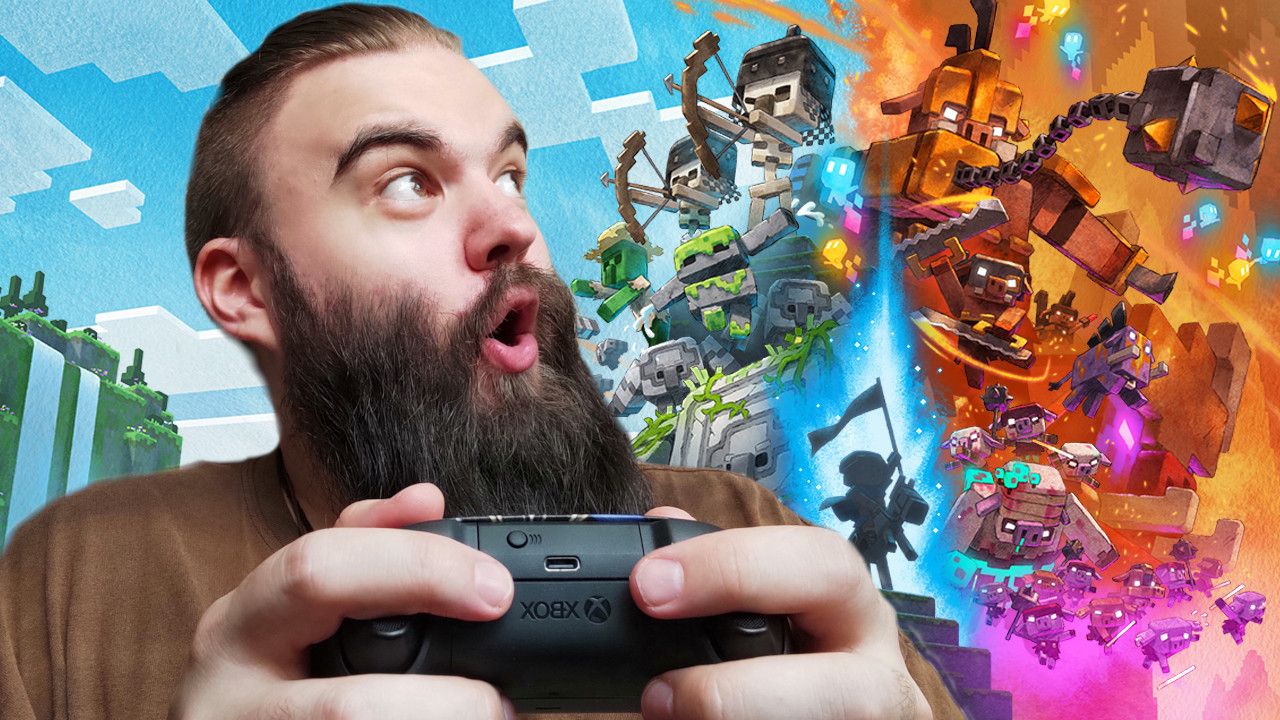 Minecraft Legends is the new game from Mojang and aims to blur the lines between different genres. The game is slated for release in 2023 on PlayStation, Xbox, PC, and Switch. At gamescom, MeinMMO editor Benedict Grothaus was able to see real gameplay for the first time and was surprised by what Legends really is.

When Minecraft Legends was announced, there was only a small trailer for the game. It was strongly reminiscent of the action RPG Minecraft Dungeons that had already been released, since you control a hero in both games.

Accordingly, I was convinced that Legends would just be a kind of Dungeons 2 with a few new ideas – like wave defense or tower defense, so that it can be called a strategy game. Although I love Diablo, the idea didn’t really appeal to me, even if the trailer was enormously popular when it was released.

At gamescom 2022, we were invited by the creators, Mojang, to take a closer look at the game. The developers, Creative Director Magnus Nedfors and Executive Producer Dennis Ries, showed me live gameplay and answered a few questions.

And now I have to say: Minecraft Legends looks so good that it will probably be the biggest surprise of gamescom for me.

We have the trailer ready for you again here:

Not an ARPG, but a real RTS

The only thing that has really come true is the connection to Minecraft. And even that is rather thin. There are still life points and resources, but you don’t build them up yourself. If you need stones, wood and more, send allies to gather for you.

The huge construction aspect is also eliminated. You don’t build buildings block by block, but in the form of finished buildings, which you use to strengthen and expand outposts. There you train units and attack enemy bases.

What is the gameplay like now? In Minecraft Legends you only play the commander of an army that you build and lead into the field. You set up outposts with buildings to repel the Piglins attacking the overworld.

If you find one of their bases, you can set up a base outside, where you then recruit units: melee fighters, ranged fighters and healers. They follow you, the commander, and you can give them orders, such as attacking certain buildings.

As usual for a strategy game, the units can even be grouped. Only the perspective is unusual, because you are much closer to the action than in Age of Empires. As a commander, you even fight yourself, for example to keep attackers at bay from your servants.

As you progress, you don’t upgrade your hero, you learn to construct new buildings and summon units, and you increase the capacity of your army. So you can deploy your troops in a variety of ways. However, as is typical of RTS, units cost resources – so there is a limit here due to your income.

See also  Seriously, what the heck is going on inside Samus's Morph Ball?

There was also a new trailer for gamescom:

A new type of strategy game for up to 4 players

Is there a multiplayer mode? Minecraft Legends can be played in co-op on the new consoles and PC with up to 4 players. Older platforms like the Switch still support 2 player co-op.

Each player leads his own army and you can agree on who attacks with which units, flanks or divides you into several Piglin bases.

There is also a PvP mode, which I haven’t been able to see live in action yet.

The interview with the bosses, in which the two were able to answer some exciting questions for me, will also be published shortly on MeinMMO.