She-Hulk Episode 2 is going to be a comedy cameo – which is nice, but also dangerous 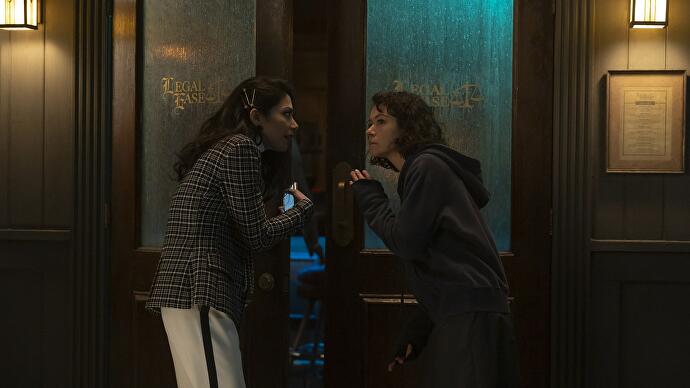 First of all: In a weekly cycle, this is somehow not enough for me. After just 22:55 minutes of She-Hulk, the credits roll across the screen again. I don’t know about you, but even for a quasi-sitcom it’s just not enough for me, especially since an overarching story is supposed to be promoted here.

I still like to watch She-Hulk because it brings a lightness tonally without drifting too far into the silly, which often annoys me with the Guardians or Thor (probably because apart from Jenn Walters’ personal career not much is at stake). But being able to miss a quarter of an episode just by going to the toilet has something very fleeting about it.

In terms of substance, you can tell that we’ve finally ticked off the Origins more or less completely. While that meant a bit of a hectic start last week, if that means the story can finally get going, it was a good trade. And what happens in episode two is a feast for friends of the expanded universe. Two bridges are built to the rest of the MCU. One is the canonical first MCU film, 2008’s Incredible Hulk, and the other is Shang-Chi (which I liked better than I expected) and the Doctor Strange flick, respectively.

I have to say it was a great pleasure to see Tim Roth again as Emil Blonsky, aka Abomination. Of course, the character is given a more comedic twist here as he tries to get out of the maximum security prison he’s currently being held on parole. But his perspective as someone contracted by the U.S. military to be administered an experimental serum that eventually led to his actions… that’s quite a fresh look at a character that’s a notch more complex than the film’s final 20 minutes, in she seemed to want us to believe. A very interesting case for the lawyer.

It’s a lot more than a cameo and it seems it won’t stop there. Next week, Doctor Strange fan-favorite Wong is set to make an appearance to justify Abomination’s unplanned leave of absence in Shang-Chi. Daredevil has already announced itself in the trailer and Bruce is visibly on his way to another film in episode two (which is again the very convenient Captain Marvel way of shortening a narrative resource). Now that Ms. Marvel and Moon Knight have seemed a little more detached from the rest of the MCU, Jennifer Walters sits a bit like the spider in the middle of all that narrative.

At the same time, of course, this is also a risk. In terms of main character and subject, the show is actually trimmed for maximum accessibility, at the same time my wife had to ask in episode two who the hell Emil Blonsky is and that will probably be repeated several times. You’re a little stuck between two chairs if you want to do fan service and maintain continuity on the one hand, but on the other hand want to fish for viewers who have stayed away from the MCU as a light lawyer’s comedy.

And the other thing, of course, is that Blonsky was a wonderfully dark character, a soldier who lives to fight, has long since forgotten his values ​​and now, with age, is becoming all the more dogged and ruthless. Roth once again plays him fantastically, but this time decidedly more relaxed and depending on where he is going, it is always risky to water down such a character by overdrawing it tonally. Since suddenly everyone loves the funny Thor, I think a lot of the classic superhero tension and excitement that resonated in the first solo films by Cap and Co. has been lost.

Of course, this series can’t help it, it puts the cards on the table from the start. But not everything has to be as fun, casual, and primarily pleasing as this has been so far. That’s okay with She-Hulk, but I hope those responsible think carefully about which elements they implement in this legal series and which ones they prefer to leave to their own tonally.

Otherwise, the following applies: Up to this point, She-Hulk remains a nice, small series, still without an overly compelling hook, but which can live quite well from Tatiana Maslany’s excellent and charming performance. After two out of nine episodes, I’m still not sure whether it’s enough for more, because I can already hear the clock ticking for any exciting, overriding plot. But I like to see how this develops. In the worst case, I can always forget it.