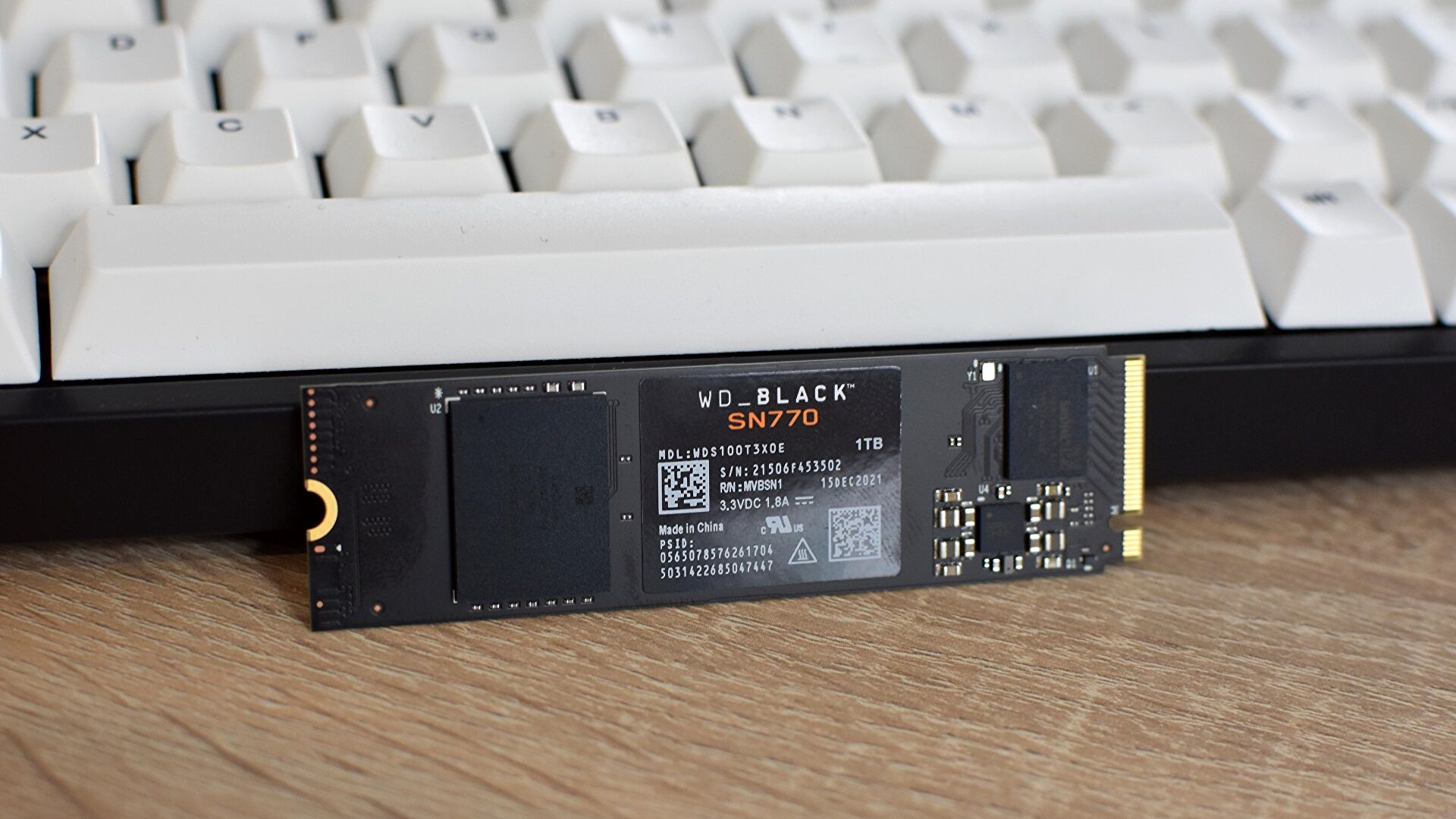 The WD Black SN770 is a good middle-of-the-road PCIe 4.0 SSD, outperforming PCIe 3.0 SSDs while costing less than the very fastest PCIe 4.0 models. It launched at £125 for a 1TB size earlier this year, but now it’s down to £84 where it’s rather more fetching. The 2TB size has also been reduced and is even better value at £152. Here’s why we rate these SSDs – and where to find them at the lowest price.

Let’s do the ‘where to find them’ bit first. It’s quite simple: WD’s UK store is offering the 1TB at the best price right now, while Ebuyer is the place to go if you’d prefer the larger 2TB model.

As James discovered in his review of the WD Black SN770 earlier this year, the SN770 is quite a fast drive, rated at up to 5150MB/s for reads and 4900MB/s for writes. That performance holds up in real world tests too, with the drive outperforming the older but higher-tier SN850 in Shadow of the Tomb Raider.

The only real issue? The drive cost £144 for a 1TB size at launch – above even the £125 RRP I could find quoted in other articles – and I agree with James that this is simply too much. Happily, that hurdle has now been lifted, and the drive is offering better performance than you’d expect from a drive that costs £84.

There are still reasons to consider the WD SN850 though. This drive is faster than the SN770 in most tests, and comes with a DRAM cache that can improve sustained performance substantially – whereas the SN770 tends to fall off a cliff after its SLC cache is exhausted. That shouldn’t happen in normal workloads, mind you, like booting an OS or loading a game, but for content creation workflows I’d definitely want the RPS-recommended best PCIe 4.0 SSD.

I hope you found this quick recommendation helpful! Thanks for joining me once again and I’ll see you next week with more deals. Until then, farewell.