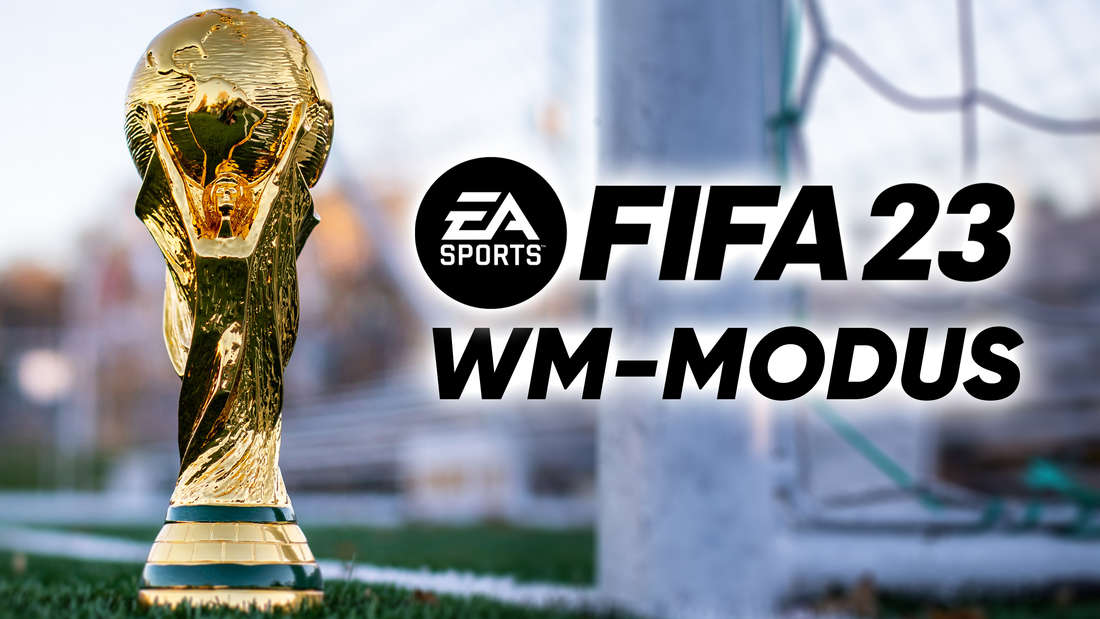 FIFA 23 will have a special mode for the World Cup in Doha/Qatar. A leak gives the first details about EA’s World Cup mode.

Doha, Qatar – With the soccer World Cup approaching, the release of the new FIFA 23 will only be awaited even more. In November, the 2022 World Cup will start in Qatar and will once again honor the absolute world elite in professional football. As usual, EA wants to show this special event in FIFA 23 as well. That there should be a World Cup mode in FIFA 23 was no longer a secret. But a leak now shows exactly the details of this World Cup mode.

This is already known: Back in July, EA confirmed that FIFA 23 will have two World Cup modes. One for the Men’s World Cup and one for the Women’s World Cup – however, further details were still unknown. Without the postponed World Cup, the modes would probably have been playable in FIFA 22 – just as it was already possible in FIFA 14 and FIFA 18. However, fans can now look forward to being able to map both the men’s and women’s World Cups in FIFA 23. Now more details about the World Cup mode have become known through a leak and promise a very authentic simulation.

Where did the leak come from? As is so often the case, the leaks for FIFA 23 come from a Twitter channel. In this case it is @DonkTrading – an account presenting the latest FIFA 23 leaks. The second closed beta of FIFA 23 should currently be running, so it is not unlikely that the participants will be able to enjoy the new World Cup mode. While you often have to sign a non-disclosure agreement before participating in such a beta, not everyone abides by this agreement. Nevertheless, the leaks should be treated with caution, because even if they are correct, there can always be short-term changes.

The new FIFA 23 is said to be the “greatest fifa ever‘ – that’s what EA calls it. With the leaked details about the World Cup mode in FIFA 23, the Vancouver developer could come a little closer to this credo. With the World Cup taking place in November, FIFA 23 will probably get its first major update. EA is currently in the promo phase for FIFA 23, so it cannot be ruled out that new official information about the World Cup mode will be announced before the release.

See also  Intel Evo: This is behind the seal of quality for laptops