Afterimage is an adorable hand-drawn Metroidvania coming to the Switch 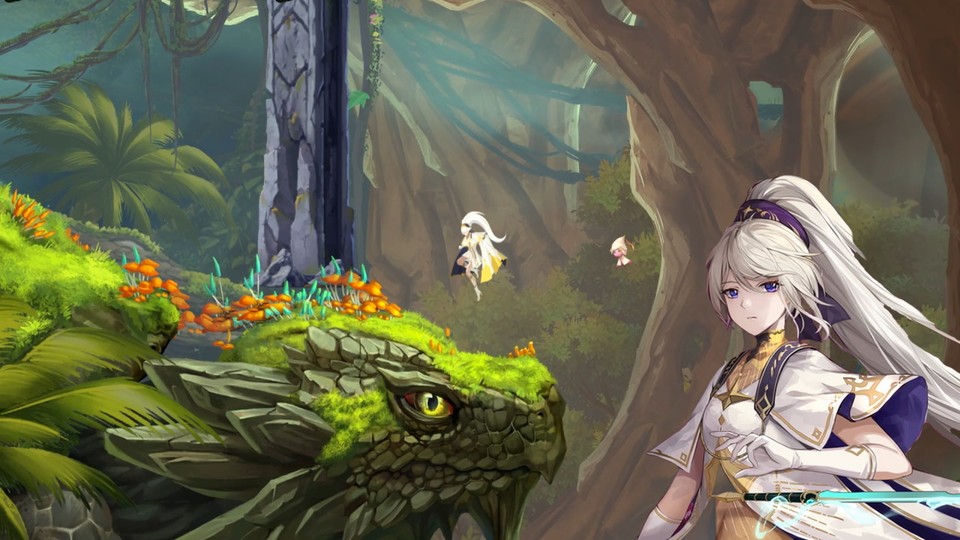 You want to treat yourself to a nice Metroidvania for the switch or one of the other common consoles in the coming cold season? Then you should set your eyes on Afterimage. With the hand-drawn style, the game looks really pretty – and it’s due out next winter. The trailer makes you want more.

In Afterimage we go to Engardin; not to be confused with the Swiss high valley Engadin. In Engardin, the game world, there are also mountains and steep gorges, but also volcanoes, seas and a sky-high tower as well as beasts and ghosts. Visually, this is partly reminiscent of the Ori games.

Even if the landscapes of Engardin look very harmonious and pretty with their pastel colors, a dark menace must not be missing, because otherwise we would have nothing to do. The corrupted are haunting the world, giving us a good reason to run, hop, dash and swing weapons through the 2D levels at all kinds of enemies.

The game’s Steam page promises not only visual but also mechanical variety in the individual areas. We get a variety of different weapons with special attacks and a talent tree at hand. This allows us to customize our playstyle, which should come in handy when we’re facing off against bosses.

Here you can find interesting game presentations as part of our FYNG gamescom program:

In the trailer we already get a small impression of the areas from forest to ruins to the castle, bosses and weapons. Afterimage appears in next winter for Switch, PS4, PS5, Xbox One, Series X/S and PC. The title was funded through a Kickstarter campaign.

How do you like the Metoidvania? Will you keep an eye on it?