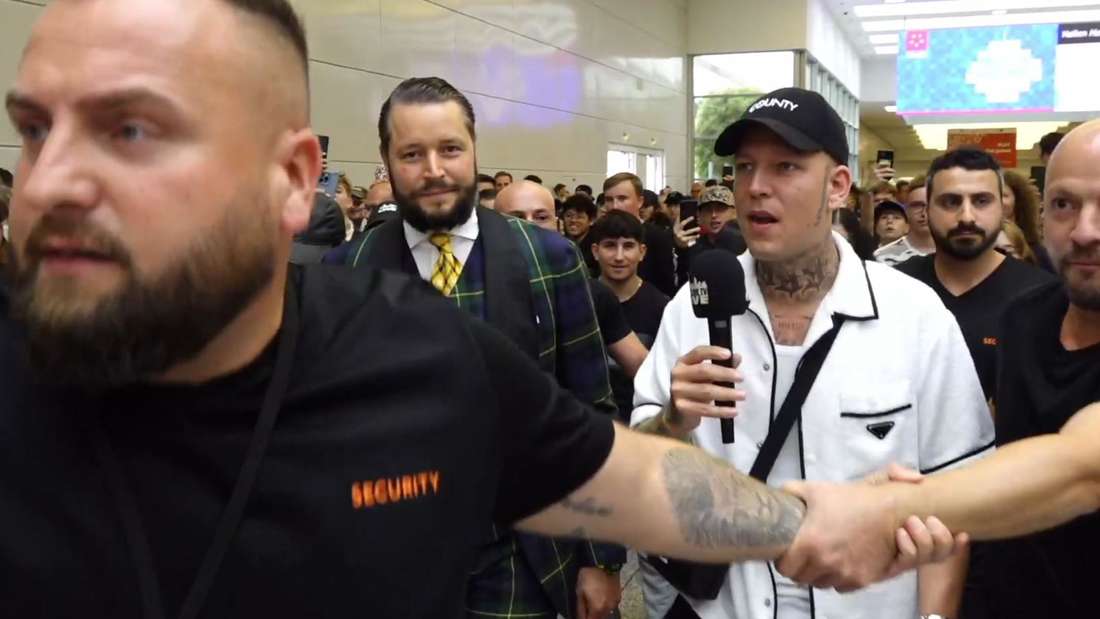 MontanaBlack arrived at Gamescom 2022 and caused a huge crowd of people. He can only get through the fair with security.

Cologne – Gamescom 2022 was visited by MontanaBlack. The Twitch streamer strolled through the gaming fair with his buddy and watch seller Marc Gebauer. He caused a huge rush of fans and was only able to move through Gamescom thanks to security. He quickly stated: “Balaclava worked better”, alluding to a former Gamescom visit.

This is how the Gamescom visit went: MontanaBlack announced several days ago that he would like to visit the fair. Fans were eagerly waiting for their Twitch star and on Saturday afternoon the time had come. MontanaBlack was streaming live from Gamescom alongside his pal Marc Gebauer and IRL streamer SkylineTV.

After just a few minutes, hordes of fans were cavorting around the streamer and he was only able to move through Gamescom with the help of 8 security employees. Fans from everywhere roared the Twitch star’s name, wanting to get extra close to MontanaBlack.

How did MontanaBlack react to the crowds? The streamer was visibly uncomfortable and asked his team several times if they couldn’t flee to an area where no spectators were allowed. He also worried about the safety of the show’s attendees, as the huge crowd following MontanaBlack pushed aside bystanders and children were frightened.

MontanaBlack quickly found out: “Balaclava worked better”. He is referring to one of his last Gamescom visits. There the Twitch star ran across the fair with a balaclava and remained largely undetected. Only his biggest fans exposed MontanaBlack back then.

Back then, MontanaBlack wasn’t quite as well known and had a much smaller audience. He is now one of the largest Twitch streamers in the world and has over 4.6 million followers on the streaming platform alone – more than anyone else in Germany. If you are at Gamescom 2022 yourself, you can meet your favorite streamers here: MontanaBlack, Rezo, Tanzban – You can meet these YouTubers at Gamescom 2022 today