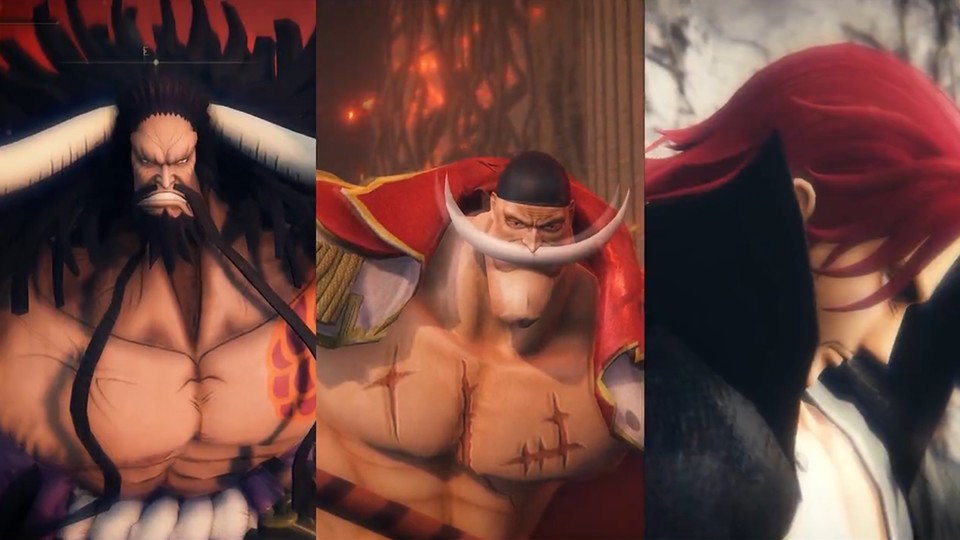 As if the bosses in Elden Ring weren’t tough enough, now we have to take on the Emperors from One Piece as well. (Image: @Arestame_Arkeid)

The Elden Ring community has proven time and time again that their creativity is not to be underestimated: from mods that improve the gameplay experience to those that make your life extra difficult (we’re just saying: turn all characters into Malenia). everything included. Now a modder has teased a new work that should make One Piece fans especially happy. In an impressive video, he gives a preview of what the fight against the strongest One Piece pirates will look like.

Modder Arestame_Arkeid presented the upcoming mod in a video on Twitter. This replaces some of the bosses from Elden Ring with the Yonkō, also known as the Four Emperors – the strongest pirates in the world of One Piece.

Instead of Godrey you have to fight Whitebeard here, Radahn has been replaced by Kaido of the 100 beasts and instead of Malenia you can let Luffy’s mentor beat up the red Shanks in the mod. The whole thing fits surprisingly well into the gameplay, for example Radahn’s second sword was replaced by Kaido’s sake bottle. Here you can watch the mod directly in the video:

Mod coming soon: However, the mod is not yet available. As Arestame_Arkeid writes on Twitter, it shouldn’t be long now:

Three Yonkō are coming to the Between Lands soon! Soon, Whitebeard, Kaido, and Shanks will also be found in Nexusmods. Thanks to @ChusoMMontero for giving me the idea to mention the resemblance of “a boss” in reference to Whitebeard in the stream!

When the time comes, you can find the mod on the well-known modding platform Nexusmods. But of course, as with all other mods, it will only be available for the PC version of the game.

Elden Ring DLCs: Everything We Know

Apart from mods, new Elden Ring content is currently rare. Many fans are hoping that the first major DLC will be available soon, but From Software is still silent. The community is busy collecting leaks and possible clues, everything we know about a possible Elden Ring DLC ​​can be found here. Colleague Samara is also desperate for new content – the tougher it is, the better for her.

What do you think, does this mod appeal to you for Elden Ring or do you wish for other characters?