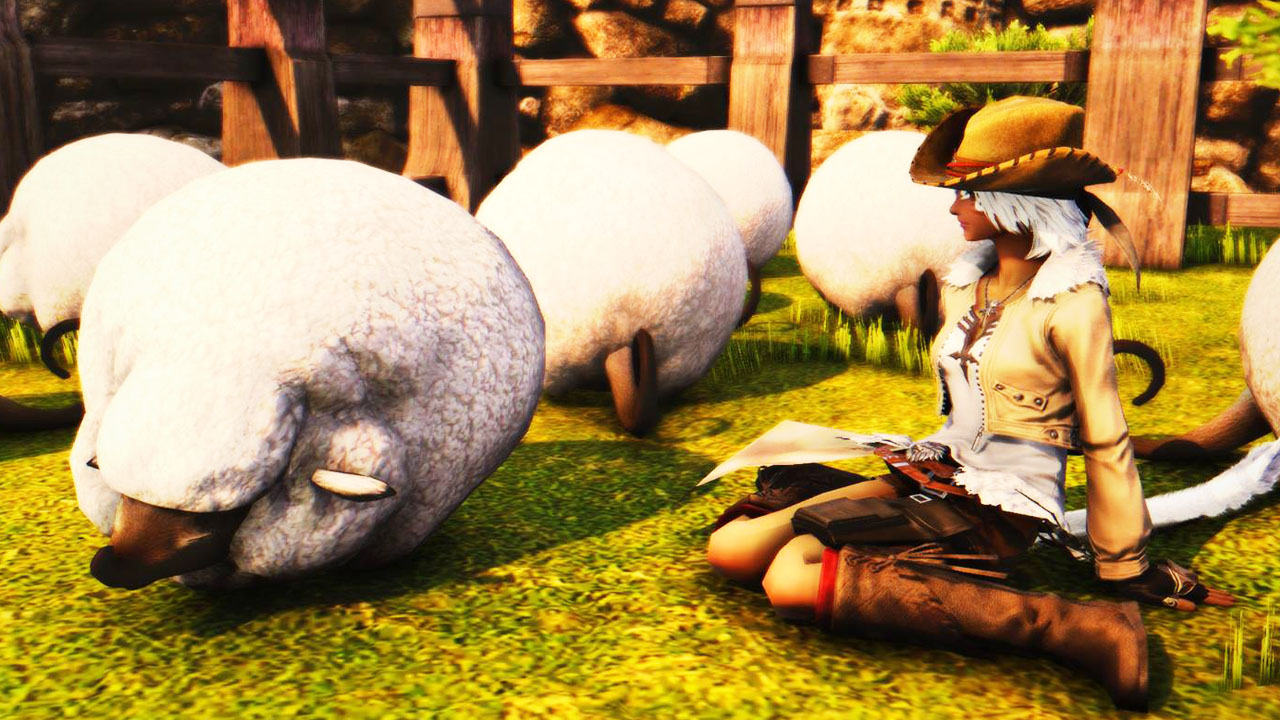 Patch 6.2, which brought new content into play, has been online in Final Fantasy XIV since August 23. Part of that is the island paradise, which according to the MMORPG’s boss, Naoki Yoshida, should be slow-paced and relaxed content. Are you kidding me? Are you serious when you say that.

This is the island paradise: Beginning with patch 6.2, all players who have completed the Endwalker addon will have access to a private instanced island designed to act as their sanctuary.

There you can grow vegetables, take care of the animals, collect materials and have your mammet workers construct buildings. As a reward there is then EXP for the island rank and blue or green cowries. It’s an island-internal currency that you can exchange for a variety of cosmetic items such as mounts and pets and materia.

When the island was announced at the reveal of the Endwalker addon, FFXIV director Naoki Yoshida emphasized that the content was slow and relaxed.

There is no need to rush, nor are there any elements that would put players under pressure. Our goal here is for players to enjoy the slow life, playing carefree with their companions, taking screenshots in their favorite locations, and so on.

Naoki Yoshida in an interview with MeinMMO

However, some FFXIV players took this statement as a challenge. You’ve done a lot since the release in the island paradise, but relaxing was definitely not one of them.

That happened: The island paradise caused great anticipation among FFXIV players after the announcement, so the team actually moved the content to meet the high expectations. Accordingly, the actual release happened as it had to.

Just 24 hours after the launch of update 6.2, the first players reported that they had reached the highest level on their island.

At this point, the FFXIV community had only just started collating the information about the content on reddit and social media to gradually create guides. Much was still completely unknown about the optimization processes and gameplay processes on the island.

So the players reached rank 10 by pure grinding (via twitter.com). They spent hours running from one gathering point to another collecting materials that only gave them 10 EXP per gathering point.

However, level-ups require over 100,000 EXP, which increases with increasing rank. For example, going from rank 9 to 10 requires a whopping 41,000 EXP.

That’s behind it: In general, the island seems to be a lot more complex than Yoshida has let on in his statements.

Of the YouTuber Cole Evyx, who creates guides for FFXIV, said in one of his videos that while Island Paradise was advertised as relaxed content, it still has a lot of depth. Efficient players who love minmaxing and want to get the most out of their gameplay will find what they are looking for here.

I see that [Inselparadies] as the exact opposite of relaxed casual content. I see it as an automated little business with a lot of potential for optimization, subtleties and mechanics and I really enjoy it. […] Basically, you’re building a business here to get some of the most expensive Materia in the entire game.

The content is therefore relatively flexible. On the one hand, it can be played as Yoshida explained it in his comments about the island paradise, but on the other hand, efficient players who enjoy planning and Excel spreadsheets can also let off steam here and build an export empire.

What has been your experience with the island paradise so far? Did you complete the content in a relaxed manner and did you power through it like some other players? What level is your island? Tell us in the comments.

By the way, a large part of the new mounts and cosmetic items can be found on the island: