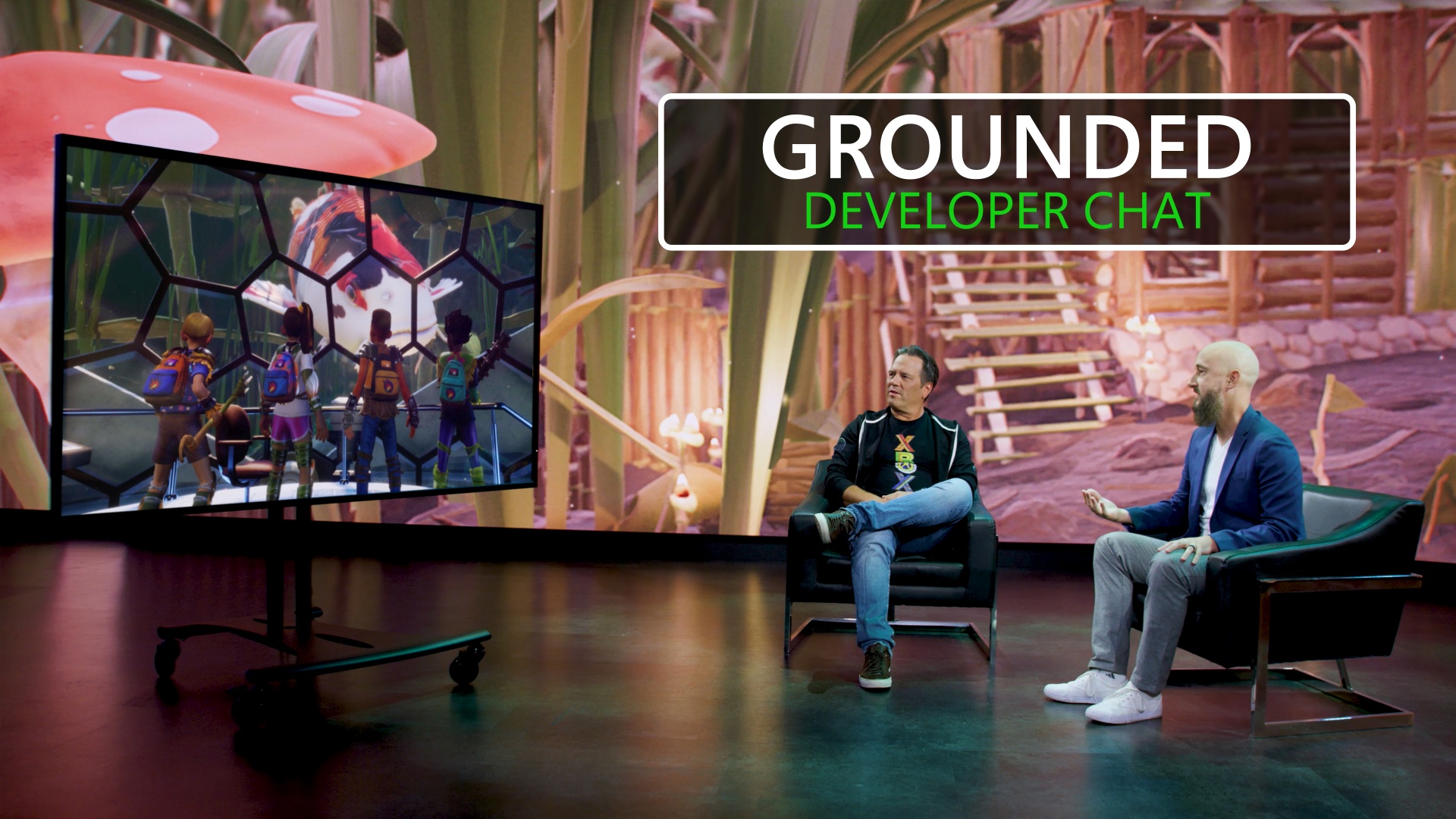 grounded is a soon to be released and somewhat unusual survival game from Obsidian Entertainment. As a shrunken teenager you are walking in a garden and have to find your way to freedom. You should find out how this came about in the full version. During the two-year Game Preview and Early Access period, over ten million players have shrunk to the size of ants to explore the backyard full of dangers, secrets and challenges.

One of Grounded’s biggest fans Phil Spencer, CEO of Microsoft Gaming. Shortly before the official release of Grounded, he teamed up with Game Director Adam Brennecke composed and shared his personal thoughts on the game, the potential and the valuable feedback from the community. They also talked about what version 1.0, available on September 27th, has to offer. It’s about the story mode, a big new area in the upper part of the courtyard, new enemies and much more. You can watch the entire interview right below this news.

Grounded will be released on September 27th, 2022 for Xbox Series X|S, Xbox One, Windows 10/11 PC and on Steam. The game is also part of Xbox Game Pass and PC Game Pass and supports Xbox Cloud Gaming (Beta).

To learn more about Grounded, you can check out the latest developer vlogs on the Official Obsidian Youtube Channel look at or the visit the game’s official website.