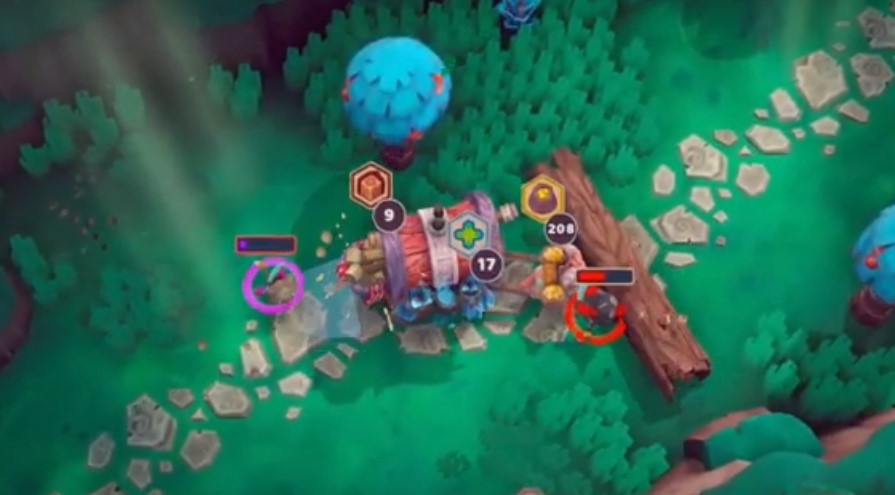 Wild Woods is a cute co-op game with cats moving their vehicle through the forest and defending it from enemies. We at MeinMMO were allowed to test it at gamescom 2022.

Originally Wild Woods was a university project of a few students, today it has a place at gamescom. The developer group is called Octofox Games.

Up to 4 players can play simultaneously – either in local co-op or over the internet. Everyone picks up a controller, selects their favorite cat and off they go.

You can read our top 25 of all co-op games here.

What kind of game is this? You are in the forest and together you have to advance your chariot, which is being pulled by a ram named Rosi. Chop wood and throw it into the vehicle’s stove so that Rosi can give it more gas. To heal you, you collect flowers, because be careful: there are also enemies.

With an unspectacular sword, your cats beat rabbits that want to attack you. You can hit, but otherwise have no skills. With another key you can dodge the attacks. You don’t have to press many more buttons.

The third and final button lets you throw collected items. So you can hurl gold into your vehicle or throw materials at each other and form a tactical chain.

There are also times of the day. This is what Wild Woods looks like day and night:

The simple design of the game is intentional, according to the developers. They want to create a simple yet fun experience that will delight all ages. So children should be able to play together with their parents, or a few friends should be able to spend a fun evening.

See also  Some breakfasts make you age faster, which ones should you avoid?

So that nobody gets bored, you can choose between 3 levels of difficulty. Playing through the game takes about 1.5 to 2 hours, the developers explain.

The demo at gamescom ends with a fight against a bear-like animal – the first boss in Wild Woods. Meanwhile, Rosi dutifully parks at the edge of the action and lets the cats spank the opponent.

You can see the trailer for the demo in the video:

When is the game out? On the Steam page is currently still “Coming Soon”, but the developers tell us that they are planning a release for 2023. Wild Woods will then appear in Early Access for the PC. A release for consoles is also conceivable at a later date, with the developers primarily focusing on the Nintendo Switch.

What do you think of Wild Woods? Have you already checked out the Steam page and are looking forward to testing it out soon? Write it to us in the comments here on MeinMMO!