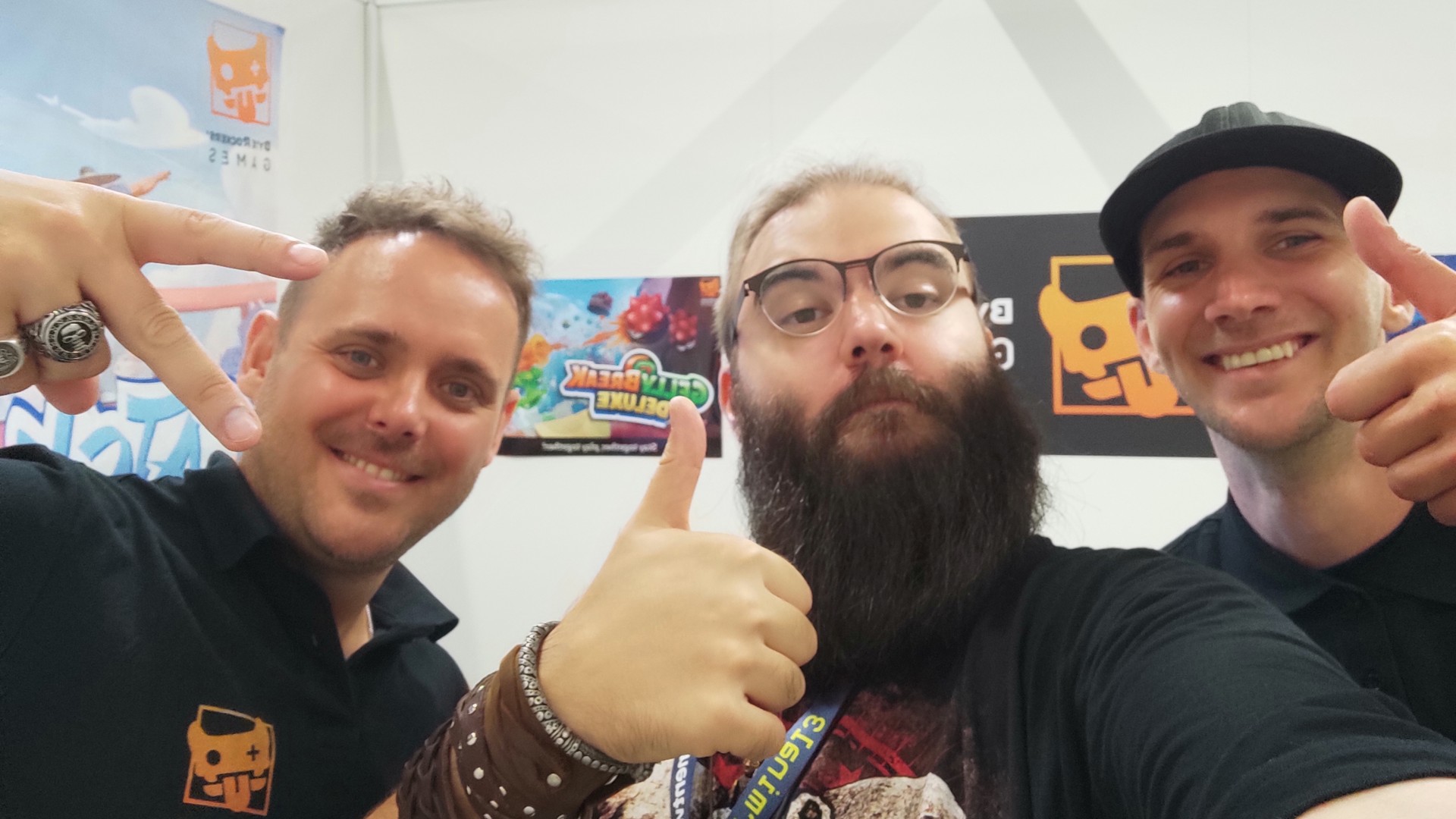 Dozens of games are on display at gamescom 2022. When playing, MeinMMO editor Benedict Grothaus remembered 3 pieces in particular because they can entertain surprisingly well with simple mechanics.

Every trade fair has huge blockbusters. The opening night live of gamescom 2022 alone showed 36 games with huge production value. For me, however, the real pearls are usually hidden under the big announcements.

Similar to Return to Moria a few weeks ago, I was particularly enthusiastic about indie games at gamescom. When exploring the halls, I kept coming across stands where little developers showed their ideas.

I remember three of these games in particular because they have convincing gameplay and don’t need a lot of frills. They show that simple concepts and ideas can deliver really good games if they are implemented correctly.

Here you can see our highlights from gamescom 2022:

Catch Me! is a no-brainer to shout at

The party game Catch Me! was my first appointment at gamescom ever. The principle of the game is very easy: you play catch with up to 4 players. However, one hunter does not have to catch all the others, but vice versa.

A player is selected and has to collect points distributed on the rigid maps. The other three try to stop him. If you catch him, you become the new hunter. The first to get 10 points from the map wins.

Catch Me! by ByteRockers, a small studio from Berlin, and I spoke to the devs (cover photo). They explained to me that Catch Me! is based on the indie hit Speedrunners, but follows a somewhat simpler concept.

Not much else can be said about the game. catch me expressly does not want to be an AAA game, but a game for in between. While waiting for the next big release, you should just play a few rounds of tag every once in a while.

catch me By the way, it’s already in Early Access on Steam playable. Future content will be shown transparently in the main menu and based on community feedback more features will be added based on what is requested.

“There’s no I in Coin” – Surprisingly entertaining and dark

Perhaps the biggest hidden pearl of gamescom 2022 puts you in the role of a coin. Sounds stupid, but it has a pretty nasty twist: you’re supposed to lure people to their deaths.

To do this, you roll along the sidewalk and draw people’s attention to you. If they follow you, you can guide them onto the street so that they are run over by cars there. The control consists only of movement keys for rolling and a jump.

The more people you kill in a short time, the more points you get. It’s macabre, but incredibly entertaining – and even a bit challenging. Because if you fall and go flat, you might get picked up and it’s game over.

Despite, or perhaps thanks to, the simple principle, There’s no I in Coin is just as addictive as Flappy Bird or Cookie Clicker. When and where the game will appear exactly, we don’t know yet.

Of the 3 games presented here, Totschweige is probably the most complex. You play a detective in Wolpertshofen, Upper Bavaria, in 1866, who is tasked with solving a death.

In terms of gameplay, Hush is basically a historical RPG in which you can even level up and increase attributes. You need this to pass certain tests – just like you know it from games like Dungeons & Dragons.

There are also mechanics such as sneaking and fighting, which are somewhat reminiscent of The Witcher and Co., from where the game also draws a little inspiration, as we were told. All of this isn’t necessarily new, but one thing makes Totschweige so special: the soundtrack.

The game is fully voiced in Bavarian, all characters speak in dialect and sometimes even ask you if you have problems with words like “mushroom”. A very unique charm that makes hushed up a real insider tip.

The first chapter of hushed up is already here on Steam available, you can also play a free demo. However, the game is still in Early Access.

Personally, however, not only the small indie games were able to convince me. I’m also really looking forward to some of the big titles, and Minecraft Legends probably surprised me the most: