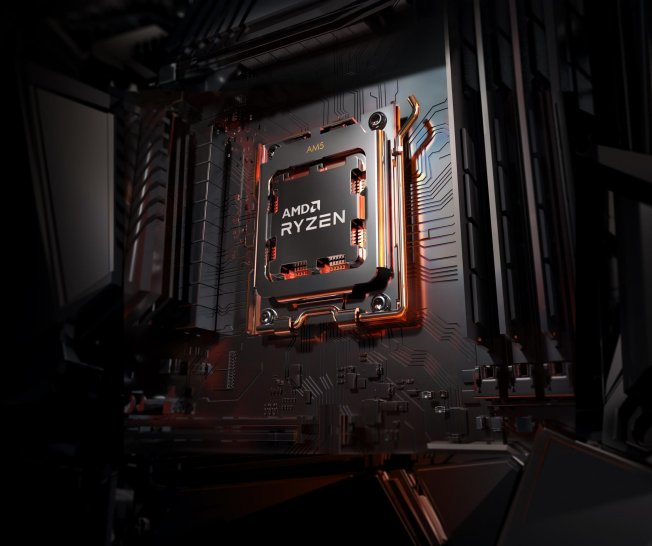 08/28/2022 at 12:30 p.m
from Valentin Sattler –
The leaked single-core performance of a Ryzen 9 7950X speaks for a significant leap in performance. It remains to be seen whether this is enough to survive against Intel’s new models.

While Intel’s upcoming Raptor Lake processors “only” have additional cores and a new P-Core architecture compared to their predecessors, significantly more changes are expected for AMD’s Raphael CPUs (Ryzen 7000). Here, too, there will be a new CPU architecture with Zen 4, but a change to the new AM5 platform and TSMC’s 5 nm production is also planned. In addition, the use of 3D V-Cache could also play an increasingly important role.

The extent to which these innovations are reflected in additional performance is not yet entirely clear due to the lack of independent benchmarks. From the Twitter account @harukaze5719 there are now at least the first leaked benchmark values: This has published two CPU-Z screenshots that are supposed to show an AMD Ryzen 9 7950X and a corresponding engineering sample.

The performance values ​​achieved in the CPU-Z benchmark are greyed out, but @harukaze5719 at least mentions the single-core performance in his post. According to this, the Ryzen 9 7950X should achieve between 750 and 780 points. The “Multi Thread Ratio” can also be seen in the screenshot: It should be 21, which means that the multi-core performance should be roughly between 15,750 and 16,380 points.

See also  Bitmap Books: The King of Fighters: The Ultimate History: The noble book on the cult series in the 4P check

If you accept these leaked values ​​as set, the Ryzen 9 7950X would be significantly faster than its predecessor, the Ryzen 9 5950X. According to the CPU-Z database only 658 or 12,366 points. In a comparison between the old and the new top model, the latter is 13.9 to 18.5 percent ahead in the single-core benchmark and 27.4 to 32.5 percent ahead in the multi-core benchmark.

However, the result would not be quite as good compared to the competition from Intel. The current top model, the Intel Core i9-12900KF, already achieves a higher single-core score with 819 points – and with the new Raptor Lake processors there should be another leap here. The autumn, in which Intel and AMD will deliver another exchange of blows, will therefore remain exciting.