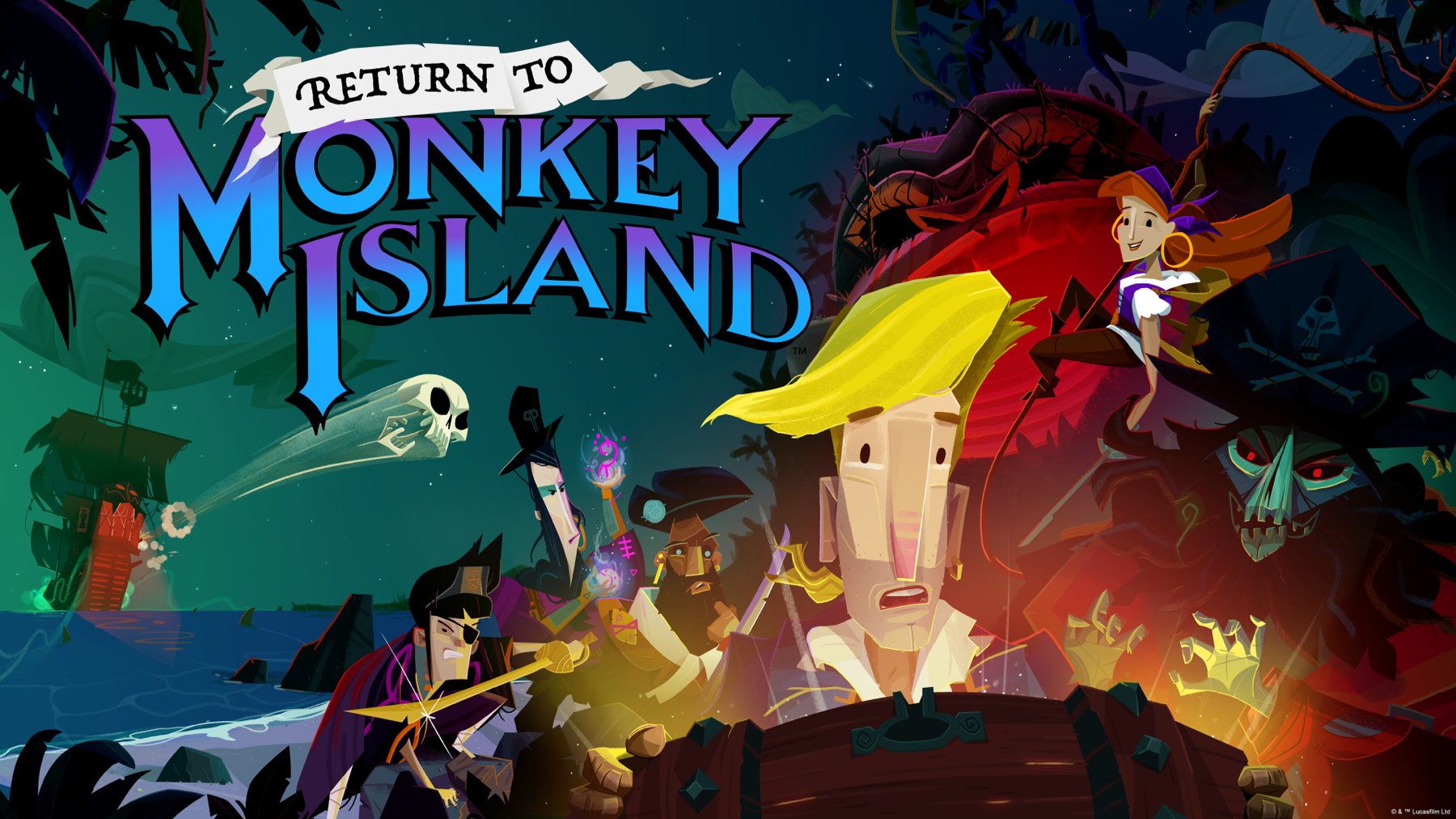 08/28/2022 at 10:18 am
from Thilo Bayer –
Today only until 7 p.m. there is a huge discount on the Monkey Island Collection on Steam, which you could play in preparation for Return to Monkey Island.

Return to Monkey Island, a new point and click adventure by programming legend Ron Gilbert, will be available in just a few weeks. So what could be more obvious than offering earlier parts of the series in a sale? That’s exactly what Steam does, but there’s a catch.

In preparation for September

As a reminder: The new Monkey Island adventure from publisher Devolver will be released on September 19th, 2022, in just over three weeks. In his usual hilarious trailer, Windmill Arm artist Stan introduces the game’s features and even a pre-order bonus: While the Free Horse Armor has no practical use, it sure looks cool. The good news: Return to Monkey Island will not be a full-price game, but is up-to-date 22.99 euros more in the indie area. The current bad news: The voice output on Steam is still only in English – and not German.

It has been many years since Guybrush Threepwood was locked in a battle of wits with his nemesis, zombie pirate LeChuck. His true love, Elaine Marley, has turned his back on governing, and Guybrush himself has drifted and unfulfilled, having never found the secret of Monkey Island. Hip, young pirate leaders led by Captain Madison have ousted the old guard from power, Melee Island has taken a turn for the worse, and famed businessman Stan has been jailed for “marketing-related crimes.” Here’s what to do: “Mind with old friends and new faces on familiar islands now under dangerous new leadership. Then take to the high seas and explore the new and unknown as you work your way out of difficult situations. Clever puzzles, bizarre situations, and devastating counterattacks are all that stand between Guybrush and stardom.”