Cloud gaming: How it works, advantages and disadvantages & providers 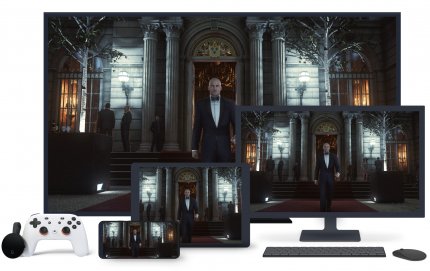 Today’s special is about cloud gaming. For beginners, we explain exactly what this is all about and describe the basic principles that are conceivable for cloud gaming offers. We’ll discuss those advantages of cloud gaming, but also go into technical requirements and Disadvantages a. In addition to the topic of energy and sustainability, we also summarize the most important providers and their offers.

What is cloud gaming anyway? With cloud gaming, a game that you want to play is not calculated on-site by the PC. Rather, a third-party PC, in the case of commercial offers, of course a powerful PC or a network of computers from the respective provider, calculates the game content. The calculated image comes as video stream at you. The control inputs from you, in turn, go to the application that takes care of managing the cloud gaming server of the provider. In addition to PCs and laptops, cloud gaming can now also be operated via game consoles, tablets, smartphones or a suitable app on certain smart TVs.

Some media sticks can also enable cloud gaming via a corresponding app or a browser installed there – this is how you can use the cloud gaming service Google Stadia for example with one Chromecast Stick and implement a suitable controller via a television. Which end devices and apps are required in the end always depends on the cloud gaming provider. From a technical point of view, playing via your own network is very similar to cloud gaming, for example streaming from a PC in your study to a laptop in the living room, where you control the game on the laptop and the graphics are calculated by the PC. This is for example with Steam’s remote feature possible. But our special revolves around “real” online services.

Google’s marketing photo indicates the variety of Stadia or cloud gaming in general. A Chromecast and a Stadia controller on the bottom left.

There are several conceivable models that a provider can make available to the user. Two extreme cases can be used as poles: On the one hand, cloud gaming where you can only play certain titles and have to buy them from the provider, which you can then only use with the same cloud gaming service. On the other hand, cloud gaming, in which the provider has absolutely nothing to do with the games, but only rents out computing power and storage space, including Windows access. In the latter case, you would play games and applications on your own PC via cloud client on the Rental PC install and start. You remotely control a gaming PC and install Steam on your rental PC so that the rental PC can download and install the desired games.

But there are also mixtures of these principles. One of them is that there are already numerous games on the provider’s servers, so you don’t have to install anything yourself. But which of the games you can play depends on the business model: with one service you have to buy every game as a cloud versionwith the other one you get a selection of for your subscription, for example 100 gamesand with a third party you have to play the game as Buy the “normal” version for Steam, for example, but can then launch it directly from the cloud gaming provider’s server by linking to the Steam account. You will see examples of this later when we name some of the cloud gaming providers.