Heroes of Middle-earth: Is Gil-galad really the kickass king I think he is? 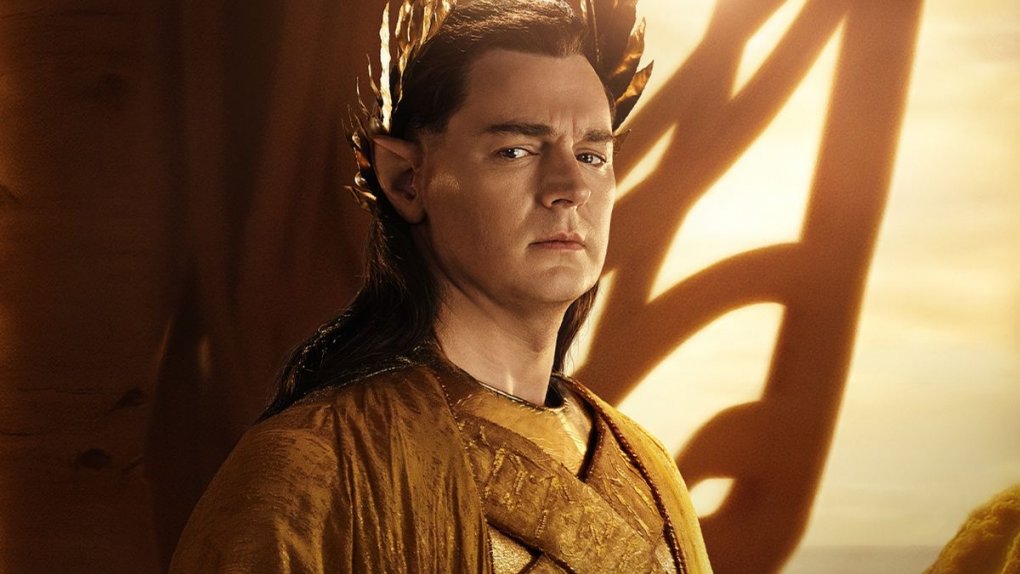 In May 2022, in anticipation of the new Lord of the Rings series Rings of Power, I asked myself whether certain characters from Middle-earth history were really as smart, great, stupid or crazy as I was after more than 20 years Tolkien fandom believed. Isildur, I found out at the time, wasn’t actually such a dork as I thought he was. Next up on my test bench is the last High King of the Elves: Gil-galad.

However, for a brief outline of its history, I must probably go much further. It is well known that elves are as good as immortal if they do not lose their lives through violence. In other words: I have a lot to tell, but I’ll try to be brief. Please have mercy if I don’t get absolutely bogged down in the details. And even if that should happen anyway.

My original thesis or opinion is the following: For me, Gil-galad is the absolute Oberhammer Elven king without any flaws and without weaknesses. Let’s see if my picture will change – like with Isildur – or not. Was Gil-galad really Tolkien’s Gary Stu fantasy?

Gil-galad was on Elven King

I have to add this: When I think of Gil-galad, I think of a character who played a supporting role in my very, very old Middle-earth fanfic, but certainly because of his involvement in the Battle of Dagorlad and The Last alliance was important. Gil-galad was basically untouchable to me, as were a great many elements of the Tolkien fantasy, simply because… well, sacred and all. I may glorify Gil-galad as much as I glorify Círdan, but that is another subject. Also, when I think of Gil-galad, the line “Gil-galad was an Elven King” comes to mind.

There’s a group (or maybe there once was) called the Tolkien Ensemble, and they sort of set Tolkien’s songs and poems from Lord of the Rings to music. The Tolkien Ensemble’s “The Fall of Gil-galad” sticks with me to this day and you should check it out. By the way: I always liked “Gandalf’s Song of Lorien” best. Listen to it – it really is a beautiful piece.

Where is Gil-galad from?

Going from the Silmarillion (there are several iterations and tales of Gil-galad’s origin) Gil-galad was son of Fingon, eldest son of Fingolfin, eldest son of Finwe, High King of the Noldor in Valinor. Fingolfin died in a duel with Morgoth (Sauron’s boss, so to speak) and Fingon sent Gil-galad to the ports of the Falas in Beleriand – from there the Elves set out for the (then not quite so) Immortal Lands. Fingon, who then became High King of the Noldor, died in the Nirnaeth Arnoediad (my personal favorite battle in the eternal struggle against Morgoth) and Gil-galad’s brother Turgon became king.

Morgoth attacked the ports of the Falas where Gil-galad was staying (and his advisor Círdan, too, but that’s just an aside) and the survivors fled to the Isle of Balar. Because Turgon, ruler of the city of Gondolin, died when Morgoth attacked it, Gil-galad became the new High King of the Noldor and thus the king of all the Elves of the West, that is, of Middle-earth. There was some infighting with Morgoth, in fact he was overthrown in a massive battle, and much of the Beleriand region sank under the sea.

Benjamin Walker portrays Gil-galad in The Lord of the Rings: The Rings of Power. In Peter Jackson’s films, Gil-galad was played by Mark Ferguson in the few scenes in which he appeared.

So what now? The Valar called upon the Elves remaining in Middle-earth to come to the Immortal Lands (to the island of Tol Eressea off Valinor). But there were some Elves who loved Middle-earth and wanted to stay there. This included Gil-galad and he founded the kingdom of Lindon. There were then, among other things, the Gray Havens, from which thousands of years later Galadriel, Elrond, Frodo, Bilbo, Gandalf and finally Sam set out for the Immortal Lands.

While Gil-galad did not play a particularly important role in the First Age, in the Second Age he posed the greatest threat to the resurgent Sauron. Gil-galad, in his role as High King, kept in touch with the people who came to the island Númenor, and this alliance against evil lasted a good 1,200 years. While Sauron in a beautiful form beguiled the elves of Eregions around Celebrimbor, Gil-galad categorically refused any contact with this suspect form called Annatar. Celebrimbor and Sauron collaborated in forging the Rings of Power.

See also  FIFA 22: Players are looking for Prime Gaming Pack 8 – This is what Amazon says about the delay

Between 1693 and 1701 of the Second Age, the first war against Sauron broke out after Celebrimbor saw through his intentions. Gil-galad’s standard-bearer Elrond was sent to Eregion with fighters in support, but they were defeated and Elrond marched with the survivors towards the Misty Mountains to found Imladris.

With the support of the people

Only with the support of the Númenorean fleet under the reign of Tar-Minastir did Gil-galad and his Elven armies defeat Sauron. A long period of peace followed. The Númenoreans, under the reign of the 25th and last king Ar-Pharazôn, succeeded in capturing Sauron in Mordor. He was a hostage there from 3262 until the fall of Númenor in 3319, but managed to whisper to the vain king that men should take the straight paths to the Undying Lands – which in turn resulted in Eru Ilûvatar ( quasi god) raptured the Immortal Lands and sank Númenor.

Elendil, father of Isildur, fled the island in time before the sinking and not only found Gil-galad in Lindon, but also discovered that his influence and power stretched to Mirkwood. Gil-galad and Elendil formed the Last Alliance between Elves and Men after Sauron’s attack on Gondor, and in 3434 they marched with their combined armies before Mordor to meet the hosts of Sauron on the plain of Dagorlad. The Last Alliance invaded Mordor and besieged Barad-dûr for seven years. In a decisive battle, Sauron was defeated… although Elendil and Gil-galad also lost their lives.

And… was Gil-galad really a kickass king?

Ereinion Gil-galad, also known as Artanáro (Quenya) and Rodnor (Sindarin), is an important character in the Tolkien universe – one of many and as such his story isn’t necessarily fleshed out in great detail. Accordingly, it can be said that during his reign over Lindon and the Last Alliance, he managed to unite the remaining Elves in Middle-earth and to let all peoples march against Sauron under one banner. Of course, Elendil also played his part.

See also  The Division 2 is still alive: Roadmap shows 2 major updates in 2022 and promises support for next year

Ereinion was probably nicknamed Gil-galad because of his shining armour, which to me means he didn’t do things by halves or hide behind the might of his army. It was not without reason that the two leaders of the Last Alliance died in the all-or-nothing battle. I don’t think he stupidly stumbled and fell into his own spear Aeglos. So yes, for me, Ereinion Gil-galad is the kickass king I remember him as. I hope he will be in Lord of the Rings: Rings of Power.