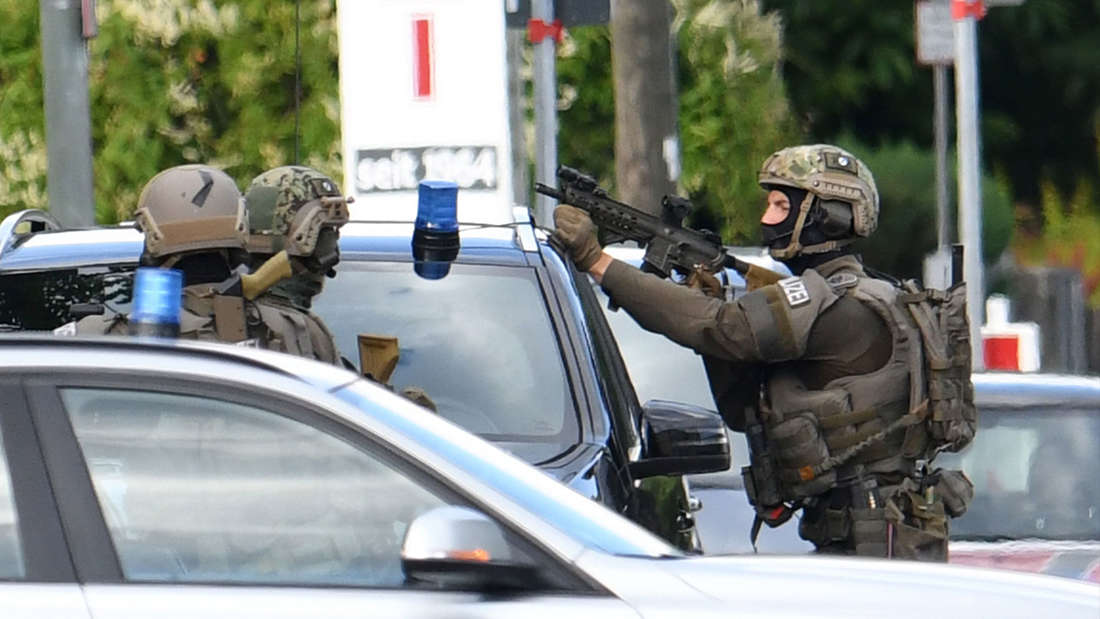 In Cologne, the SEK moved out to Gamescom and arrested a gamer. He wanted to go to the games fair with weapons that looked deceptively real.

Cologne – One of the largest games fairs in the world is taking place in the cathedral city until August 28: Gamescom 2022. Thousands of visitors travel to the fair to see and try out the latest games. Gamescom has always been a meeting place for people in disguise: so-called cosplays. A 19-year-old was arrested because of a particularly realistic cosplay and arranged for a SEK operation.

Too realistic: Cosplays are welcome at Gamescom and cause a lot of excitement. Many dress up as their favorite video game and anime characters at the show to show off their fan love. A 19-year-old also wanted to go to the games fair in Cologne on August 26 in disguise. But his cosplay caused a SEK deployment.

In military clothing and equipped with dummy weapons, the 19-year-old stood at a bus stop in Cologne-Ossendorf and, according to his own statements, wanted to go to the Gamescom in Cologne-Deutz. However, passers-by at the bus stop thought the guns were real and called the police. Within a very short time, the special task force was called up and deployed. In the meantime, the man had gone into a building surrounded by the special forces.

At around 1 p.m., the apartment where the 19-year-old was staying was accessed. The cosplayer was overpowered and slightly injured in the head. In the apartment, the officers found more real-looking weapons and items for military use. These were, to all appearances, but only very realistic dummies. The 19-year-old is now free again. The 19-year-old didn’t come to the fair in his costume, but there were numerous other crazy cosplays at Gamescom 2022.

Police warning: As reported by the WDR, the police warned against carrying realistic dummy weapons after this incident. Martin Lotz, the head of operations for the Cologne police, said that evidence of such weapons would be taken very seriously. Subsequent operations can lead to dangerous situations, as the incident involving the 19-year-old shows.

My highlight of Gamescom so far: A construction simulator

Park Beyond: Amusement park with a difference

At Gamescom there are Cosplay creation some rules. Apparent weapons, such as the 19-year-old’s dummies, are only permitted if they can be recognized as dummies. This can be guaranteed by color design or size. In addition, the cosplay weapons must not pose any danger to others.