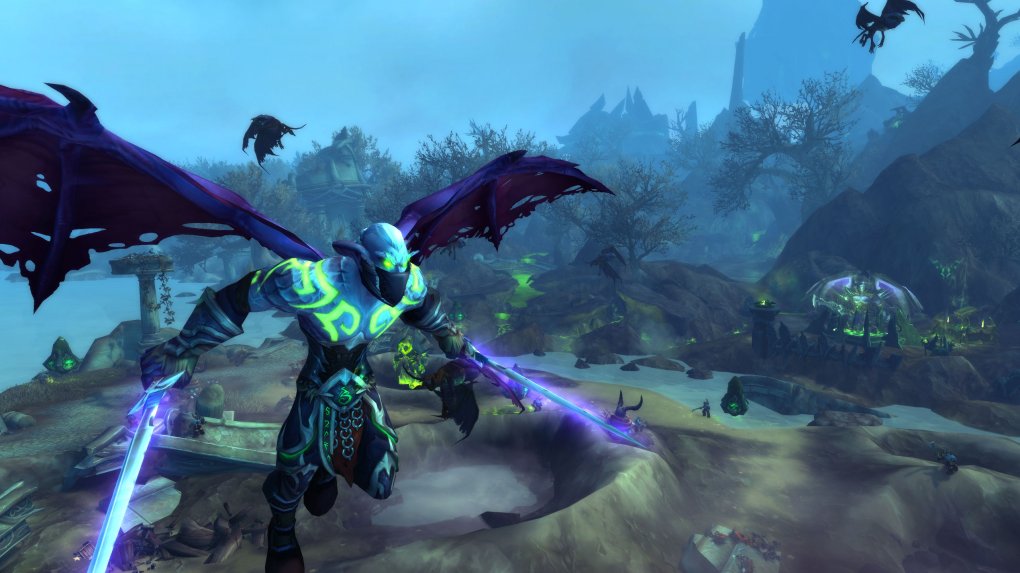 Just scroll down to the first subheading and that’s where the body text really starts! The jailer collapses with the sound of a drum kit falling down the stairs and everyone in the guild slaps one another on the back. Well done, great work, top notch as always. Without further ado, the poor guy gets a hammer and two pairs of pants cut out of his ribs – oddly enough, they’re always pants. You’re just wondering whether world-ending super villains always have a pair of spare pants with them in case they’re run over by the next hero D-Bahn, then it happens: Your RP orc warrior grabs his new two-handed sword from the sad pile on pieces of armor and strikes a pose. “I’m a Blademaster of the Burning Blade, haha!” You already know the whole performance and roll your eyes in amusing annoyance. In a moment he will again claim to be descended from Master Lantresor and to have “studied the blade since childhood”. Just role players.

“I am also a Blademaster, taught by the ancient warriors of Thunder Ax Fortress in Desolace. Tremble at my martial arts!” A blood elf warrior stands next to the orc, hissing her two-handed saber through the air. Suddenly the room goes silent. The elf blinks uncertainly. “Huh? What? If he can be a Blademaster, then surely I can, right?”

Your dwarven paladin steps forward and shakes his head. “Girl, don’t be mad at me, but that doesn’t suit you.” “OH YES?!” Veins swell in the elf’s neck as she stomps toward the dwarf. “Probably because I’m a woman, huh? You undersized, hairy Taure are only here because patch 9.2.5 has been deployed, so you better be quiet!” Your orc tank slowly shakes its head. “No, he’s right. From a role-playing point of view, we accept any woman who would like to take part. But blade masters are only allowed to be orcs. And you’re an elf.” “Only because of my people?! That’s speciesist! Blood elves would never think of excluding someone from a career because of their race!”

The demon hunter would have much less flair as a class if humans or tauren were also allowed to participate. It’s different with Orc and Draenei!


In the background, your blood elf demon slayer clears her throat and silently points to her horns. The warrior is startled. “Well…er…we would ALMOST turn anyone down because of their race, I’m very open about that…” “Oh yeah,” snorts the dwarf paladin, “so you’d consider a Wildhammer dwarf too go into barbarian training?” A muscle twitches in the blood elf’s face as she shakes, suppressing her armor rattling. “Yuck, that’s just a job for smelly teenage aborigines.” And the whole room explodes in indignant roars.

Back in your capital city, you saunter down to the auction house with a small sigh to do some pre-evening shopping and unwind. As always, roleplayers sit in the cathedral square of Stormwind, yelling at each other in public at the top of their lungs that spellbreaker is an inherently blood elf career choice that void elves are not allowed to pursue and gnomes shouldn’t be warriors because they’re too small. You then decide to log out to resurrect your rogue twink. With Patch 10.0, they’re including everyone in their large, kleptomaniac community.

Buying tip for WoW fans: The folk tales of Azeroth in one great book! 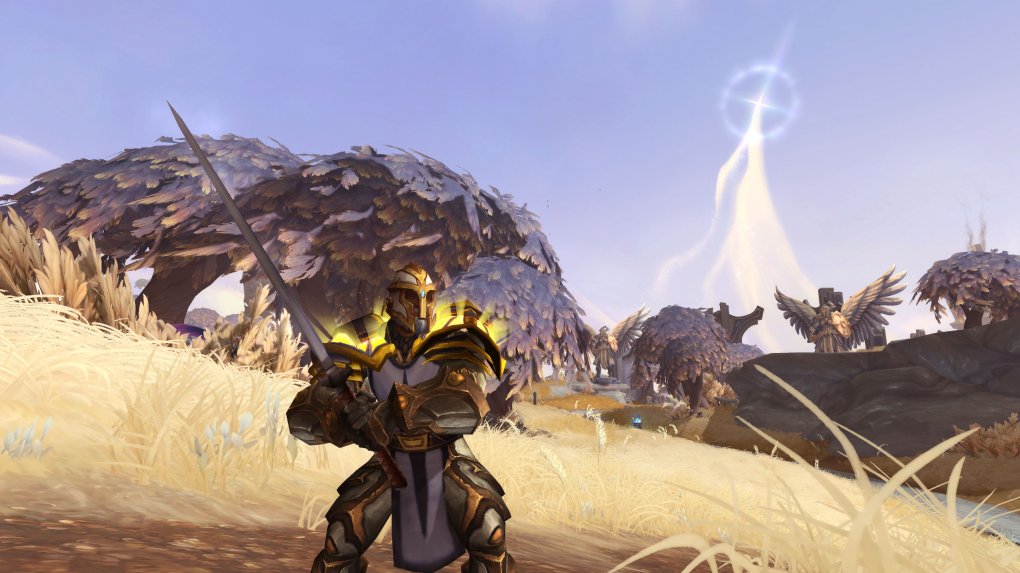 With the paladin, WoW opened a class that originally belonged to the human race to all of Azeroth – and the result was unreservedly good!

You can not get in here

Dragonflight rears its scaly head over the horizon, bringing with it a race that can only play a single class – and vice versa. The Dracthyr are the only race who can choose the summoner, due to the difficulty of gnomes and blood elves in breathing fire and flapping their wings. So far, so understandable. A demon hunter can only be the one who studied under Illidan back then and they were just elves; no new demon hunters being trained today – still plausible. Blademasters are only allowed to become orcs because… other races just aren’t orcs? Oh, they’re villains? Everyone will soon be able to take part, that’s clear! You weigh 800 kilograms and have two huge horns? You can’t sneak with hooves? We think it’s a rumor, everyone can draw their daggers here!

In this article, we examine the well-known concept of race-restricted special classes from other games, dig into the history of WoW and see what cool combinations in the future of World of Warcraft (buy now ) could wait for us. We also check the feature for unrestricted feasibility, because a hard race/class limit always brings with it demographic changes in Azeroth. And just about any alliance raid guild with a ten thousand mile look on their face can tell you what that means. So put on your well-established pith helmet and grab your opinion machete, because today we venture into the controversial jungle of restricted popular voting. Oh and watch out for tauren villains. And the creeping draenei! Because these “things” are suddenly everywhere.