WoW Dragonflight: Youtuber gets its own tribute NPC 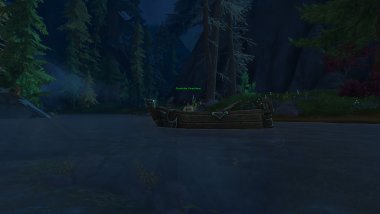 08/28/2022 at 1:00 p.m
from Sarah Petzold –
The WoW developers have included an NPC in WoW Dragonflight to honor a Youtuber who has gained attention in the past for his World of Warcraft fishing videos, among other things. We tell you what the new NPC is all about and where you can find him.

For many years, special NPCs have been appearing in World of Warcraft, with which the developers want to honor certain people – the so-called tribute NPCs. The upcoming Dragonflight expansion is no exception in this respect, as we can meet at least one of these special non-player characters there.

Crend the Pointless: An Appreciation of Inconsequential

This NPC is Crend the Pointless, a human staring ahead on a lonely boat in the waters of the Azure Mountains with a fishing rod on his back. Crend the Pointless is a clear allusion to the Youtuber Crendor, who became known within the WoW community with his fishing videos, among other things. 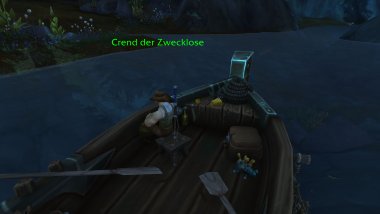 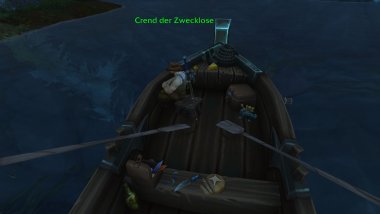 Crendor’s Fishing with Crendor video series aims to help WoW fans escape the game’s stressful grind and unwind with the help of his show. The videos show Crendor fishing while he interviews other well-known figures about WoW and their experiences with the online role-playing game. Sometimes there are also episodes in which only Crendor himself speaks.

Recommended Editorial ContentHere you will find external content from [PLATTFORM]. To protect your personal data, external integrations are only displayed if you confirm this by clicking on “Load all external content”:I consent to external content being displayed to me. Personal data is thus transmitted to third-party platforms. Read more about our privacy policy.
See also  "Horizon Forbidden West": An overview of the tribes


There are war traditions in WoW and Azeroth that are reserved for certain peoples. We are investigating whether this concept has a future.

Wow: Blizzard says: “Season 4 was a success”. I can only agree!


WoW Game Director Ion Hazzikostas has described Season 4 as a success. Our editor can only agree.

In addition, Crendor started the “Pointless Top 10” series, in which he explores various seemingly useless or trivial details in WoW. He sometimes focuses on complete areas in WoW, but sometimes on specific topics such as grass or outhouses. His videos make it clear how much attention to detail there is in WoW and therefore honor the work of the developers in a special way. All the more Crendor has long since had its own NPC in World of Warcraft (buy now ) earned, or what do you think? Tell us in the comments!