Best Warzone streamer in the crosshairs – enviers claim she cheats 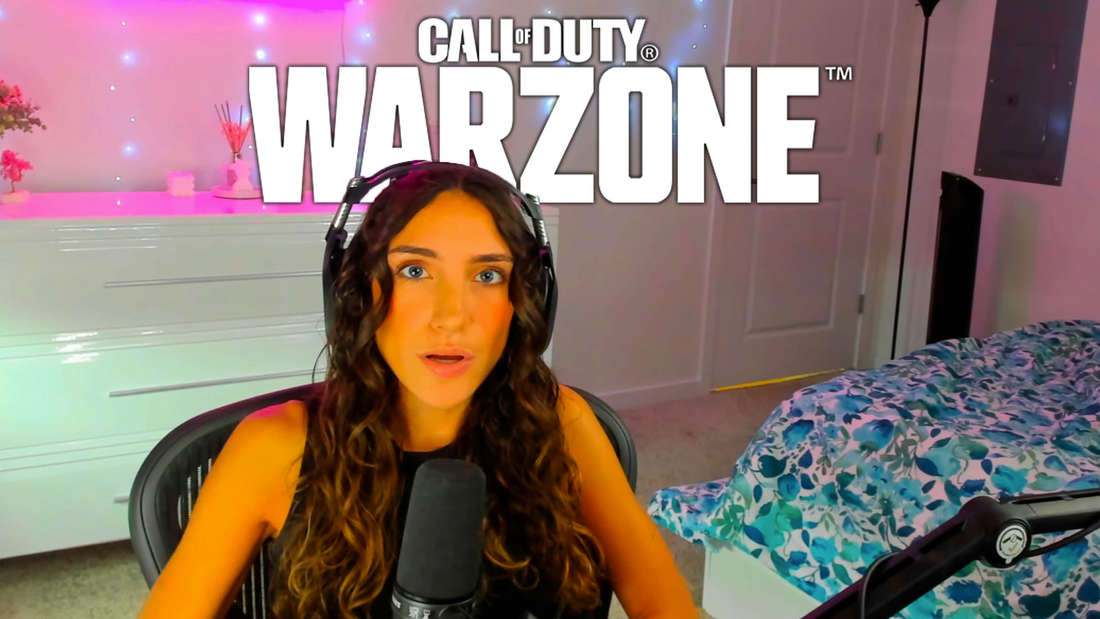 Warzone requires a lot of skill. Streamers are therefore often accused of cheating. Now an extremely well-known Warzone streamer is in her sights.

Santa Monica, California – Warzone players are likely to get flashbacks to times long past when they hear the word cheater. Before the release of Vanguard, Activision’s battle royale had no anti-cheat and was plagued with cheats. At that time, some tried to impute cheats to all good streamers. The situation calmed down with Riccochet. Now, however, the envious have found a new target: probably the best streamer for Warzone.

This streamer is about: The Warzone streaming scene is male dominated. But for some time now there has been a rising star in the firmament. Nadia Amine has been gathering huge followers on TikTok and other platforms for a few weeks. There she causes a stir with a number of Warzone clips in which she shows her skill. However, the increased attention comes at a price.

These are the allegations: You don’t have to look far to find the first video where someone accuses Nadia of not playing fair in Warzone. In addition to the usual cheat allegations, there are also a number of allegations about bot lobbies. Some critics assume that Nadia uses VPNs to get easier lobbies in Warzone. By the way, with the new MP you are not dependent on easy lobbies. The setup of the RA 225 in Warzone currently shines with the best win rate.

In addition to comparatively harmless allegations, the Warzone streamer is also confronted with other things. For example, some envious people use her facecam recordings to create montages in which she cooks or washes dishes – thus serving outdated macho clichés. The streamer was even swatted recently. That means someone called the police to her home during a stream because a crime was allegedly taking place there.

What’s with the allegations? As always, this cannot be checked 100 percent. YouTubers like BadBoyBeaman are known for driving a new pig through the village every day. The fact that with Nadia a woman is now the target of the hate speech is not surprising in a community that has often attracted attention through sexism. However, some of her clips can be viewed with skepticism. Nadia herself published one of them on TikTok a few days ago. In the video she tries to blast the allegations of the bot lobbies.

The video allegedly shows Nadia killing some of the top Warzone players in a Free For All match in Modern Warfare 2019. Among them are said to be professionals like Kris “Swagg” Lamberson, Diaz “Biffle,” and Aydan Conrad. However, the Warzone stars cannot be seen or heard. And the movement of the players mentioned also seems strange to many fans.

There are a number of comments under the TikTok that doubt that Nadia killed the real Warzone pros. There would simply not be enough resistance from those in the video. There are currently no statements from the said Warzone pros (as of 08/29/22, 11:44 a.m.). But there is renewed excitement about the successor to Warzone. An ex-developer predicts that Warzone 2 will be dead after a month.