Best Weapons in Season 5 – The setups for victory on Caldera 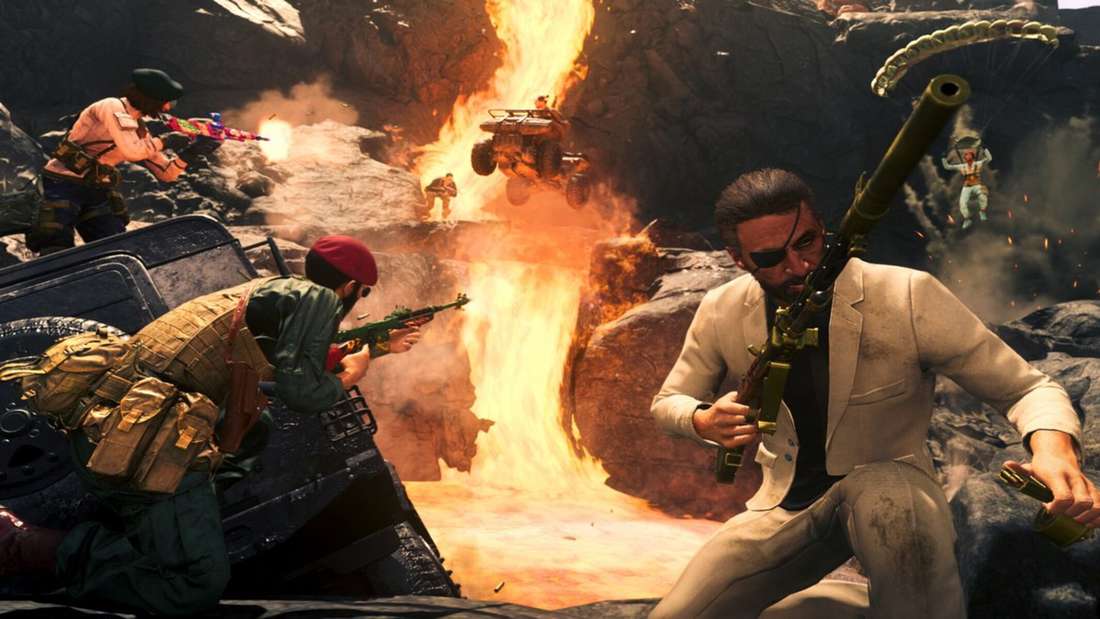 In Warzone Season 5, too, the choice of weapon is decisive for victory or defeat. We’ll show you two setups that will bring you every victory.

Santa Monica, California – Warzone has started in Season 5, heralding the downfall of Caldera. But until Warzone 2 replaces the Battle Royale hit, you can still look forward to a few hot battles. These are not only caused by the volcanic eruption on the island, but also by the fresh weapon balancing from Raven Software. We’ll show you which weapons will help you win in Warzone Season 5.

Warzone: The best weapon in Season 5 – With this H4 Blixen setup to victory

Weapon with the most wins: The new Warzone season started on August 24th, 2022. And Warzone Season 5’s weapon balancing has completely turned the meta inside out. Players are now testing multiple weapons, but among the most-played weapons, the H4 Blixen is the most likely winner. In the table below we have sorted the most popular weapons by their win rate. The top 5 list is based on information provided by the site wzranked.com. These collect tracking data from various sites and create helpful overviews of the current weapons in the game.

See also  Play grotto in focus – when will the insider tip be replenished?

This is why the H4 Blixen is so good: The H4 Blixen is not a blank slate, as the weapon burst onto the meta charts upon its introduction in Season 3 of the game. Since then, it has won over players with its fast completion rate and ease of use. Because the H4 Blixen has very good recoil control. So it’s no wonder that the weapon will also help you win in Warzone Season 5.

How to build the H4 Blixen: The H4 Blixen has been around for a while and has always been a good choice for the loadout. Therefore, the weapon should already be leveled for most players and all attachments should be available. So if you decide to go for the H4 Blixen, you should rely on the following loadout:

Warzone: The most popular weapon in Season 5 – Armaguerra 43 wins the race

The most popular weapons: Although the H4 Blixen convinces with its win rate in Season 5 of Warzone, the players still use other weapons much more often. Because the most popular weapon in the game is currently the Armaguerra 43, over ten percent of all players* choose the Vanguard weapon in their loadout. But the absolute fan favorite, the gray, is also celebrating its comeback in Season 5 of Warzone.

This is why the Armaguerra 43 is so popular: The Armaguerra 43 is so popular among gamers because it is very easy to use while offering a solid rate of fire. This means that the reliable weapon is also very suitable for newcomers or occasional players. The weapon remains very accurate even at longer distances due to its low recoil, making it the perfect addition to your loadout.

How to build the Armaguerra 43: The Armaguerra 43 has been added as a weapon in Vanguard and is getting a real boost with the Warzone Season 5 update. If you want to make Caldera unsafe with the weapon, you should use the following setup:

This is noticeable: It’s clear that the Armaguerra 43 is currently the most popular weapon in the game, but the fan-favorite Grau is hot on its heels. Because the weapon got a strong buff in Warzone Season 5 and is therefore interesting for the game again. The Warzone veteran was able to overtake the KG M40, which dominated the battles last season. Nevertheless, it remains to be seen how the new season will develop in terms of the most popular and best weapons. Because the new weapons Ex1 and RA 225 could also be interesting for the game, both weapons can be unlocked in the Battle Pass for Warzone Season 5.