Blizzard: WoW team must serve as a role model in terms of communication

“You think you do, but you don’t!” Many years of WoW development can be summarized under this legendary phrase, once uttered by J. Allen Brack regarding WoW Classic. For a long, long time, Blizzard felt like they knew everything better than the players anyway. Therefore, from the developer’s point of view, communicating or asking for feedback was a useless endeavor. The players should just play and then they would see that everything is perfect.

In the early days of WoW, that may have been the right approach. But that gradually changed. By now, players probably know the world of Azeroth better than all the developers put together and player behavior has also changed dramatically. Mechanics and features that used to work well no longer pull a player out from behind the oven. For many years, however, the developers continued to insist that they knew better and stubbornly did “their thing”. Sometimes with success, like with mythical plus dungeons or world quests in Legion, sometimes with little success, like with Azerite armor or the “meaningful choices” of the pacts. However, this attitude has now changed drastically.

In a leak, the first details of Blizzard’s new survival game came to light, which should be codenamed Odyssey.

See also  ESO: Where should you start as a newcomer or returner?

Communication is a top priority

Instead of throwing in a ready-made feature for the player according to the motto “take it or leave it”, the players are already involved during the development – at least in places. This requires one thing above all: good communication. And it is precisely in this area that the WoW team is now exemplary.

For months there has hardly been an adjustment in WoW that is not explained by the developers. It feels like two-thirds of patch notes for the alpha builds are made up of “Developers’ note:” Whether it’s a change to dragon riding or moving talents, the developers explain each of their actions. This makes it easier for us players to see and understand the intentions behind it, which leads to less hassle.

09:15
World of Warcraft | What we’re most looking forward to in Dragonflight

This way, no three forum threads have to be opened because of a new talent tree, because the developers directly note that only the talents themselves should be tested first, and the correct distribution in the talent tree will only take place later. Two years ago it wouldn’t have happened like this, I’m sure.

Feedback is heard and (partially) implemented 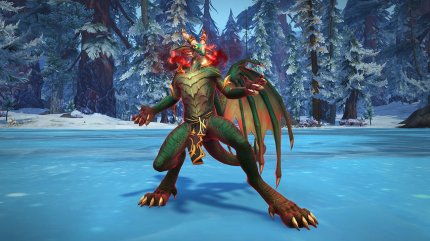 Most adjustments to the Dracthyr Caller are based on player feedback.

Of course, the developers cannot and should not implement every feedback from the players. Because some feedback is simply unqualified or not well thought out. So not every feedback results in an adjustment. But every adjustment is based on feedback. If you look at the major adjustments in Dragonflight’s alpha, almost every one has a forum thread that the change dates back to.

So the developers no longer try to react to “That’s stupid” with their own ideas (and possibly make it even worse), but use the extensive knowledge of the players. However, it doesn’t always work that way. Because the number of players whose feedback was not taken into account is of course always larger than those whose feedback the developers have implemented.

Other teams continue to ignore

Of course, not everything is perfect with the WoW teams and the communication with the players. Overall, however, you are on the right track. Maybe we should tell the other development teams internally. Because it doesn’t work that well there. 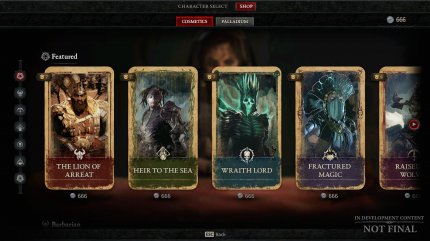 In principle, you can go through almost all teams or franchises. Overwatch had been silent for years before vowing to improve and now wanted to make communication more open and regular. What followed was another month without any real dialogue with the players. In addition, many things were only discussed internally or with a very manageable number of players before they were implemented. This includes, among other things, the switch from 6v6 to 5v5, which is still viewed critically by many players. With the new monetization of Overwatch 2, the players simply got something in front of them – without any in-depth explanation.

The latter was also a big issue with Diablo. After the Diablo Immortal fiasco, certainly not a single player in the world would have given positive feedback on the idea of ​​the Diablo 4 in-game shop. Instead, the developers just announced it like that and the franchise had its second shitstorm within a few months.

Better communication might not have prevented this, but it could at least have been mitigated. Even if the developers don’t have any freedom in terms of monetization, the fans’ anger would certainly have been less if they had explained the fact better.

Please keep it up, WoW

If the WoW developers keep up the good communication, then the future actually looks pretty good. Sure, none of this guarantees that WoW will (or will remain) a good game, but it should certainly help. The developers don’t necessarily always have to listen to the feedback if they want to contribute their own ideas in some areas. But it is important that you understand each other. The developers need to know what the players are thinking and the players need to understand what the developers are trying to achieve and with what. And that’s mostly the case right now.