Damn it, Pokémon GO – You really screwed up the story about the return of Professor Willow 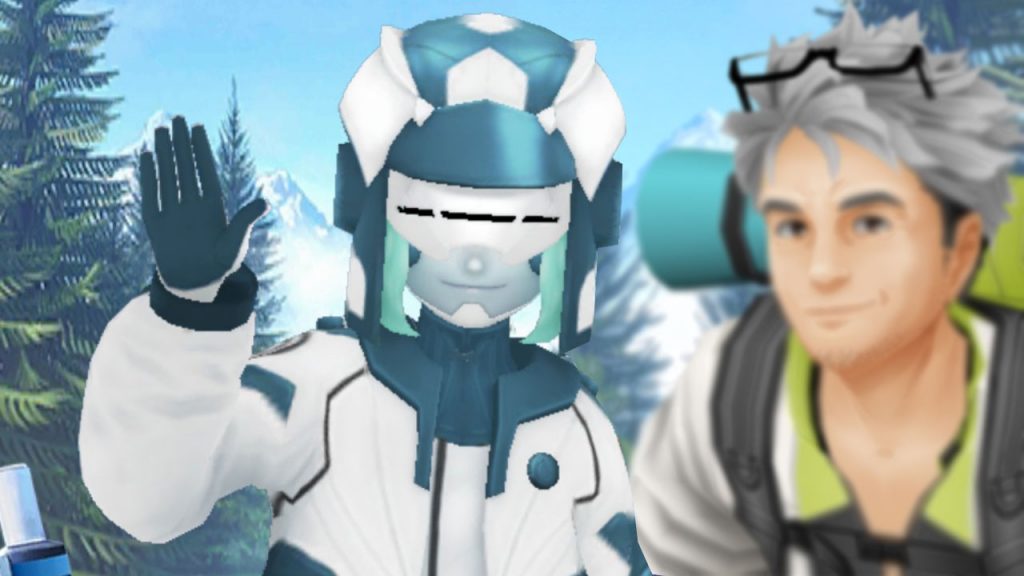 The Pokémon GO Fest Finale 2022 should bring Ultra Beasts, Shaymin and the end of the Willow story. But the big mystery fell flat in the end, says MeinMMO author Max Handwerk.

I was all the more surprised when the real world monster collecting game really dared to do something in June 2022.

Suddenly an exciting story: After years of research, storytelling, and consultation, Professor Willow, the number one go-to for trainers in Pokémon GO, was suddenly gone. The character who guides new and old trainers through the game, regulates research and introduces new elements was simply gone.

In his place was Rhi, a mysterious member of the “Ultra Research Team” with the goal of investigating the new wormholes and stopping a possible invasion of the Ultra Beasts. Also, Rhi told us that Willow is “stuck somewhere in the ultra dimension” – exciting!

I usually click through the quest texts quickly and only occasionally read what the professor has to say. But this upheaval was so noticeable that I thought: There might be a really good story in here.

But the story just didn’t really want to take off.

A strong start came to nothing – too bad

This made the beginning so good: I always find it exciting in Pokémon GO when something unexpected happens. For example, when Meltan suddenly appeared everywhere, or when masses of Bidiza started to overrun the game over the course of a week. You can really tell that something special is going on. However, things often happen “by the way”.

See also  Do you remember the (false) rumors of the iPhone X?

The story about the missing professor, on the other hand, also started with exciting elements. On the one hand there was the conspicuous replacement by Rhi, but also things like the new “Ultraports”.

Sure, they work just like the raid eggs – but hey, at least Pokémon GO tried to implement elements of the story in a playful way.

In the weeks that followed, Rhi told us more and more about the Ultra Beasts and suggested that our research could help save the professor, or at least find him again.

Now the anticipation was slowly growing – after all, it was to be expected that the GO Fest finale could also have a kind of “story finale”. I was curious to see how Pokémon GO would implement this.

The first problems: Already during these weeks the story began to crack. The reason was very simple: Rhi took over the management of events such as the Community Day with Kapuno, but a familiar face appeared when the research breakthrough or the completion of older special research contracts: Here Professor Willow continued to haunt the game and showed himself on the smartphones of the Coach like nothing happened.

Well, Rhi just wasn’t programmed into it. It’s a shame, because it would have shown even more clearly that we’re fighting a problem here and the professor is actually gone.

Return at the final: The GO Fest finale rose over the weekend and, as announced in the meantime, should also bring the finale of the Willow story. I was curious how we would find and save the professor.

The answer: Not at all. Rhi arranged that himself and finished the story in a few sentences.

Good news, Rhi informed us: After the data analysis of the wormholes, the professor was found and retrieved. This would not have been possible without our great efforts. I mean… did we do something?

After that, Willow addressed us as well. The good man has obviously experienced quite a bit, which can be clearly seen in the heavy adventurer’s jacket and the new glasses. He also says himself that he had a fantastic adventure, but now he wants to go to sleep.

Sounds super exciting. This begs the question: Why were we because not there?

That’s it? While it was exciting to read the story about the professor, we basically did the same thing as we always do – catch Pokémon in the wild, fight monsters in raids.

From a purely story point of view, what happened after the event was basically more exciting: the professor briefly spoke of the presence of the sun and the moon on his adventure – and suddenly Sonnfel and Lunastein spawned without end after the end of the final. However, this will probably only be a teaser of what the Season of Light will bring.

With all the lead time, that was surprisingly little. I’m not expecting the entire map in the game to be turned into the Ultra dimension – but I didn’t expect that we had to do absolutely nothing to save the professor.

Also in the Pokémon GO subreddit “TheSilphRoad” there’s talk of the Professor’s return and his, well, cooler appearance. Among other things, there is a humorous comment that he is obviously an evil version from another dimension.

See also  PlayStation 5: SONY's takeover strategy is far from over

And I’ll admit: if this is all just a trick, the story goes on and it all boils down to an epic boss fight against Fake Willow to save the real professor – then I didn’t say anything. But I doubt it.

What do you think of the Pokémon GO story about the professor? Did she interest you, or do you not follow what is written in the quest texts anyway?

By the way, if you like puzzling, you can let off steam with the teasers for the new season of light.