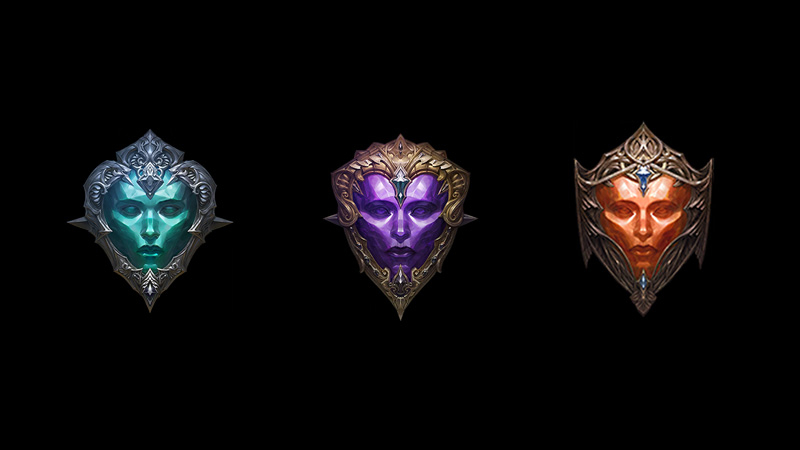 MeinMMO author Maik Schneider had three fun weeks with Diablo Immortal after the release without spending a cent. In retrospect, however, he has to say that he has never experienced such a nasty Pay2Win spectacle and a new change in the Legendary Emblems shows him that once again.

The Pay2Win elements of Diablo Immortal have been widely discussed. After the release it was clear pretty quickly: If you want to keep up with the top, you need a big wallet.

For me it was never a big problem. Immortal is good Diablo, fun monster lace making on the couch, relaxing after-hours mind-occupation.

Progress barriers in the endgame are more of a problem for me, as well as the perfidious way Immortal uses every little psychological trick to lure players into the shop.

The core items of the whole Pay2Win topic are the “Legendary Emblems”.

Each Legendary Emblem grants you one of the Legendary Gems – powerful items with special abilities. In order to improve the gems, you also need many more of the sparkling stat enhancers.

There is one crucial difference between the two: gems from the “normal” emblems cannot be sold on the player market. Gems from the “eternal” emblems, however, do.

Heaps of Platinum can be earned with Legendary Gems through the Player Market. But at first glance, after the release, it was not at all clear which emblems bring me tradable gems and which do not. In fact, I didn’t realize until relatively late that there are different Legendary Emblems.

In my life I’ve played an incredible number of games, seen, used, recycled, crafted countless items – but what I’ve never seen: Items that look so much alike, but are so different.

We also had a podcast about Pay2Win in Diablo Immortal on MeinMMO:

Blizzard’s Fall of Man – How Bad Is Diablo Immortal Really?

The new announcement that the emblems will now be optically adjusted reminded me once again of the nasty means Diablo Immortal uses.

Lead Designer Wyatt Cheng has this to say about the emblem changes:

We want to make sure players know exactly what they’re getting when they make a purchase, what they see in their inventory, and what they’re using when entering an Elder Portal.

He writes that tests were carried out at the beginning of August to see whether this made it easier to distinguish between the emblems.

The whole story makes me sad. Sometimes I seem a bit naïve about the plans of some game makers to take money out of their players’ pockets. This is rip off.

It’s certainly not a Diablo Immortal exclusive issue. But mobile Diablo has managed to convince many players, myself included, to play mobile for the first time. Then being directly confronted with such things hit me hard.

For the release, these “tricks” will be used to cash in and then defuse them step by step. This is how you can now get the Eternal Legendary Emblems without real money – this was not possible at the time of release.

Diablo Immortal was definitely a kind of wake-up call for me. A broken window that can never be repaired. A big damper on my positivity towards monetization.

I remain of the opinion that most developers share our passion for gaming and want to create fantastic worlds and adventures together with us players.

But I will pay much more attention to the word “real money shop” in the future. how do you see it? Give me your opinion on the topic.