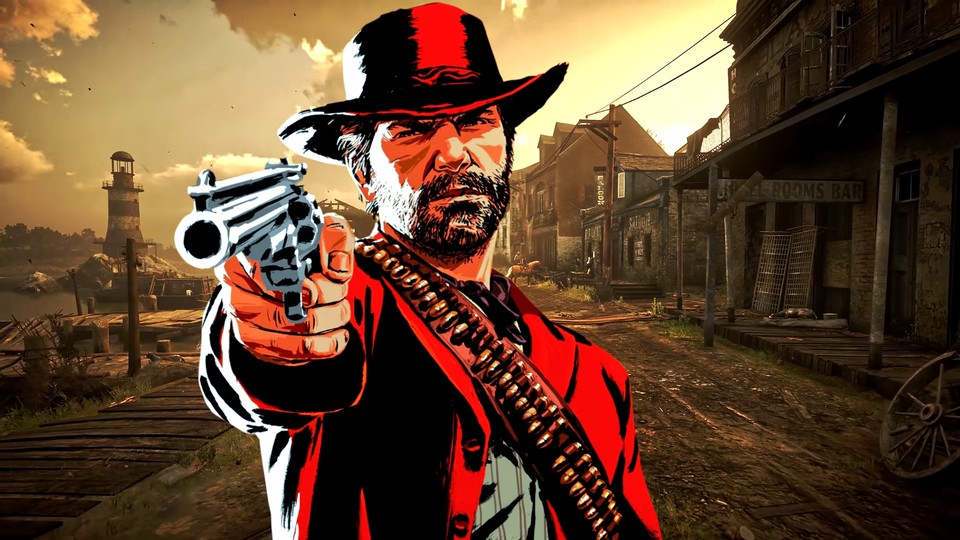 Arthur Morgan can only rush through New Austin in RDR2.

It’s been almost four years since Red Dead Redemption 2 was released for the PS4 and the Xbox One and was able to cause enthusiasm, especially with its story and the open world. But not everything that developer Rockstar originally planned for the title made it into the finished game. One element of it has now made me feel a bit nostalgic.

What exactly is it about? Of the Youtuber Kush Qrox found a cutscene and lines of dialogue in the Red Dead Redemption 2 files that weren’t used in the game, and with good reason. Because it is about a fishing mission that takes place in the Rio Bravo area and in which Arthur should be involved. You can listen to the dialogue here:

Why is this special? Arthur can theoretically enter this area, which belongs to the game world of part 1, in Red Dead Redemption 2, but is then immediately searched for and has the law enforcement officers on their heels. So there can be no question of relaxed fishing.

The scene proves: Originally it was apparently planned that we could also travel to the “old area” of New Austin with Arthur Morgan undisturbed and complete quests there – and not only later in the role of Jack Marston.

See also  Get on your bike: Cycle through NRW for four days with WestLotto

A little sadness, a little understanding

However: The “wow factor” that the return to New Austin has later in the game – for example, I still remember the view from the cliff top of the little town of Armadillo and the nostalgia hammer that hit me at this point – would probably be wouldn’t have been that big if Arthur had been able to travel there early in the story. So Rockstar’s decision is certainly understandable – but it’s still a shame in my opinion.

For Tobi, Red Dead Redemption 2 is by far one of the best games in recent years. Rarely has he ridden so reverently through a virtual open world, rarely has he enjoyed so many details as the gripping story about Arthur Morgan. Unfortunately, the story remained without extensions and Red Dead Online could not captivate him in the long term.

Whether there will be new content or expansions for Red Dead Redemption 2 in general can be doubted. Although there is the online mode Red Dead Online, it will only receive minimal support in the future, as Rockstar officially announced in July.

A story DLC – such as the Undead Nightmare 2 with Sadie Adler as the main character requested by Linda in her column – will probably remain more of a pipe dream. The reason for this probably goes back to the name GTA 6, the studio’s next big release, but there are no details about it yet.

Would you like to have traveled to New Austin with Arthur?