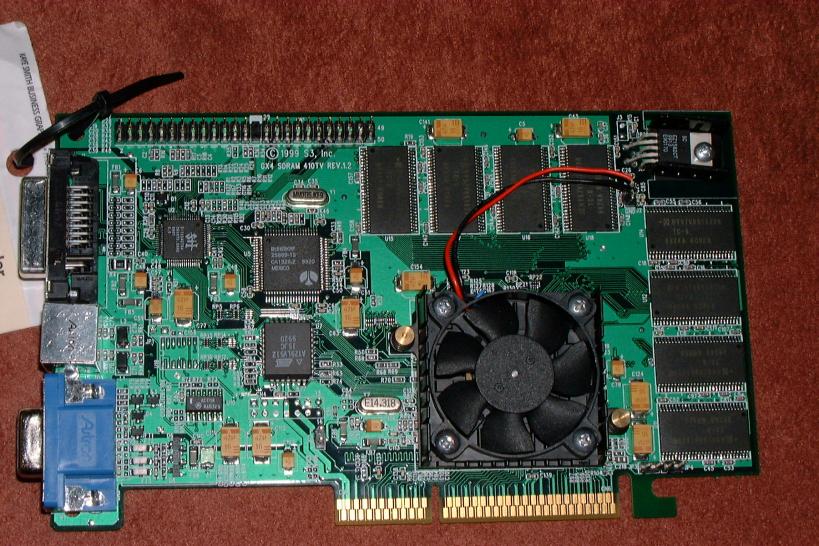 08/30/2022 at 00:01
from Henner Schroeder –
Savage 2000 – the Geforce killer – is introduced and AMD announces the end of Ati – that happened on August 30th. Every day, PC Games Hardware takes a look back at the young but eventful history of the computer.

… 1999: The Nvidia Geforce 256 should fear this day. On August 30, 1999, after the rather unlucky 3D models Savage 3D and Savage4, S3 introduced the Savage 2000, the first chip with a hardware TnL unit. This internally called GX4 graphics processor should teach the fear of Nvidia’s Geforce, although the latter had not yet appeared.

With HTnL, a fill rate of 500 megatexels per second and a hybrid manufacturing process of 0.22 and 0.18 micron circuits, the Savage 2000 S3s had high hopes of finally finding its way back into the gaming graphics cards arena after being Series in the 3D age initially had a complete false start and with the following Savage models not only had little luck but also low market shares.

However, the TnL unit did not work properly and caused severe artifacts in early pre-release drivers, so it later had to be turned off. The remainder then fell into the S3 tradition of more or less grandiose flops and, up to the Chrome series, they were limited to integrated graphics units for Via chipsets, whose manufacturers had meanwhile swallowed them up.

… 2010: Today, August 30, AMD announces a deep cut in its own product names: The brand name Ati dies, “AMD Radeon” becomes official. More than four years ago, AMD announced the acquisition of Canadian graphics specialist Ati. With this move, the second largest x86 processor manufacturer in the world received Ati’s concentrated chipset and graphics know-how so that it could offer an entire platform from a single source in the future. The “Ati” brand withstood the takeover and embodied the driving force behind the popular Radeon graphics cards to this day. That’s over now: AMD is removing Ati from its program. “AMD” and the “Vision” program introduced a year ago are to become the guides of the AMD portfolio. Of course, this decision is only of a superficial nature: Ati continues to work internally on graphics processors, albeit under a new flag.

Also read our extensive background article and take a look at our gallery of the most important Ati graphics cards.